The record-breaking All Blacks will be vying for the coveted adidas Team of the Year Award at this year’s ASB Rugby Awards against the undefeated Black Ferns and first-time Investec Super Rugby champions, the Hurricanes.

The winner will be unveiled at the 2016 ASB Rugby Awards, being held at Auckland’s Sky City Convention Centre on Thursday 15 December. The event will be broadcast on SKY Sport.

The annual celebration of rugby will see All Blacks rub shoulders with club volunteers, referees with coaches and men and women players from 15s and 7s all up for awards.

The captains of the World No. 1-ranked Black Ferns (Fiao’o Fa’amausili) and Olympic medal-winning Black Ferns Sevens (Sarah Goss) teams have been nominated for the women’s player and women’s sevens player of the year awards.

New Zealand Rugby Chief Executive Steve Tew said that 2016 has been another standout year for rugby, in particular, for the All Blacks who have secured every trophy they contested.

“From the All Blacks setting a record for consecutive tier one victories and retaining the Bledisloe Cup and Rugby Championship, the Black Ferns remaining unbeaten in 2016 to reclaim their top world ranking, to the Black Ferns Sevens winning their first ever medal at the Olympics, through to the Hurricanes winning the Investec Super Rugby Championship – New Zealand teams have been in dominant form.

“We couldn’t achieve these levels of success without our sponsors and our fans. I want to thank ASB for coming on board to support these awards and I acknowledge SKY TV for their ongoing commitment to the game and their broadcasting of these awards.”

“ASB is proud to be involved in recognising the best of our nation’s rugby community, from the elite to the community level. We welcome the opportunity to work alongside rugby, supporting its development and rewarding its talent at all levels of the game.

“ASB is tremendously proud to be the bank that backs the All Blacks, and we’re thrilled to extend our support of the sport to this auspicious event,” Mr Beaumont said.

Super Rugby’s top points scorer, Beauden Barrett, is also up for Investec Super Rugby Player of the Year along with Hurricanes team mate, and 2016 All Blacks debutant, Ardie Savea and Chiefs versatile play maker Damian McKenzie who ran in 10 tries and notched up 199 points in this year’s competition.

The ASB Rugby Coach of the Year award will be hotly contested between Chris Boyd who took the Hurricanes to their inaugural Investec Super Rugby title in just his second year in the job, Steve Hansen who coached the All Blacks to Bledisloe and Investec Rugby Championship titles and a world record 18 tier one victories, North Harbour coach Steve Jackson whose team took out the Mitre 10 Cup Championship and promotion into next year’s Premiership – the first time his side has won a provincial title in 29 years; and three-time Mitre 10 Cup Premiership winning Canterbury coach, Scott Robertson, who will head the Crusaders’ campaign in 2017. Hansen has previously won the coach award for the last four consecutive years.

The Tom French Memorial Maori Player of the Year will be battled out between Wellingtonian of the Year Dane Coles, 19-year-old All Blacks Vista Northern Tour rookie Rieko Ioane and exciting All Blacks and Hurricanes halfback TJ Perenara.

Women’s rugby also enjoyed a stellar year. The Black Ferns were unbeaten in their five Test outings in 2016, including a home series against the Australians. The New Zealand Women’s Sevens team won silver at the Rio Olympics and were runners-up in the 2015/2016 World Rugby Sevens Series.

Black Ferns power hooker and captain, and 2016 World Rugby Women’s Player of the Year nominee Fiao’o Fa’amausili is up against last year’s award winner, and top points-scorer, halfback Kendra Cocksedge with 48 points in her international season, and pocket rocket Selica Winiata who ran in nine tries in the black jersey.

The Richard Crawshaw All Blacks Sevens Player of the Year Award will be contested by Rio teammates Rieko Ioane, Sam Dickson and Tim Mikkelson.

Fans have been able to vote on 10 of the best tries in 2016 to determine the Sky Television Fans Try of the Year. The shortlisted nominees were the top three tries selected after over 5000 fan votes were cast.

The New Zealand Rugby Players Association (NZRPA) Kirk Award will be presented for the first time at the Rugby Awards. The Award, which was first presented in 2005, recognises players who have made outstanding contributions on behalf of fellow professional players, on and off the field. It is named for Rugby World Cup 1987-winning All Blacks Captain and founding Chairman of the NZRPA David Kirk.

The Charles Monro Rugby Volunteer of the Award – a tribute to the backbone of club structures – the volunteers – sees nominations for Suburbs Rugby Club (Auckland Rugby) stalwart Gary Donovan, Manawatu junior rugby advocate Mark Andersen, and dedicated Petone Rugby Club loyalist Mike Wollett. All three were nominated by their clubs for their long and outstanding contributions to rugby for their club and community.

The All Blacks, Ma’a Nonu and Steve Hansen picked up the major honours in 2015. For a full list of last year winner’s please click here.

adidas Team of the Year
All Blacks
Black Ferns
Hurricanes 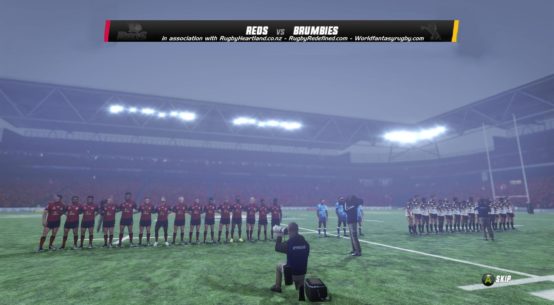