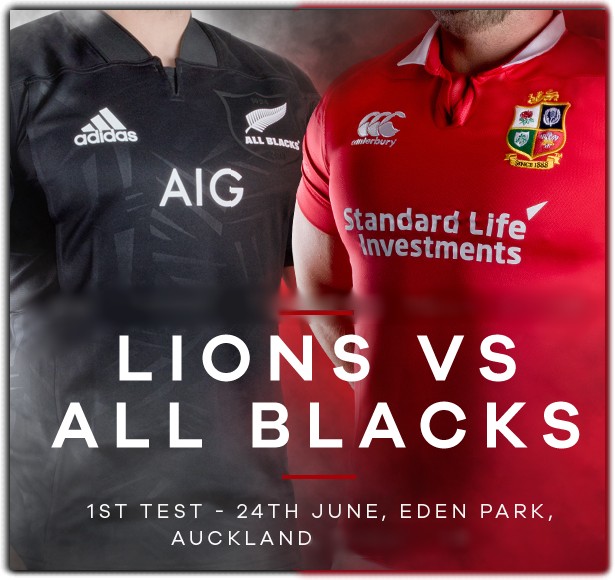 The British & Irish Lions must now win both remaining Tests to deny New Zealand a series victory after a sobering loss to the All Blacks in Auckland. The Lions defended heroically at times but two sharp second-half tries from Rieko Ioane ultimately took the home team well clear of Warren Gatland’s side.

The contest was far more competitive than the final margin might suggest but New Zealand were never once behind on the scoreboard. The All Black lock Brodie Retallick was particularly outstanding and Codie Taylor also scored a smartly taken try as the world champions demonstrated again how tough they are to beat on home soil. The Lions did manage a splendid 36th-minute try by the flanker Sean O’Brien but could not quite nail a couple of half chances which might conceivably have influenced the outcome

If the Lions were under any illusions as to how hard it is to upset their opponents in their own backyard, here was yet another reminder. The All Blacks went into the game having won 46 Tests in a row in New Zealand since their defeat to South Africa in Hamilton in 2009 and have still not lost in Auckland in the professional era.

It was easy to understand why in the first quarter when their pace and deft handling made it hard for the Lions to do much more than cling on. They already had three points on the board when a quickly taken tap from Aaron Smith caught the Lions fractionally on their heels and a long pass from Israel Dagg was snapped up brilliantly on the half-volley by Taylor with Elliot Daly too far away to prevent the try being scored.

Beauden Barrett’s angled conversion made it 10-0, causing the Lions to regret their dramatic near-miss in the opening moments. Jonathan Davies had burst through a big gap to put the supporting Conor Murray clear only for the scrum-half to be tap tackled as he surged towards the line. From the ensuing breakdown the ball was moved left to Daly, whose clever twist almost brought him a try to rival Jason Robinson’s stunning early effort in the opening Test of the 2001 Lions tour in Brisbane.

To beat this relentless New Zealand side even the half-chances have to be taken. The Lions, though, gave everything and were nothing if not physical. New Zealand were duly forced into two first-half replacements, with Ben Smith led away for a head injury assessment and Ryan Crotty limping off to be replaced by Anton Lienert-Brown.

Could the Lions summon up a moment of inspiration to stem the black tide? Four minutes before half-time it duly arrived when Liam Williams cleverly found himself a yard or two of space in his own 22. Off he sailed upfield with Davies and the pacy Daly thrillingly exchanging passes to keep the move alive before O’Brien appeared on Davies’s shoulder to finish a classic try. Owen Farrell’s conversion drifted wide but the interval score of 13-8 offered clear encouragement for the visitors.

The Lions came close to scoring again at the start of the second half and also turned down a penalty attempt for goal in favour of a kick to the corner which ultimately came to nothing. The arrival of Maro Itoje and a couple of rain showers added further to the growing intrigue but the All Blacks went up a gear in the final quarter, Ioane touching down in the 55th and 70th min 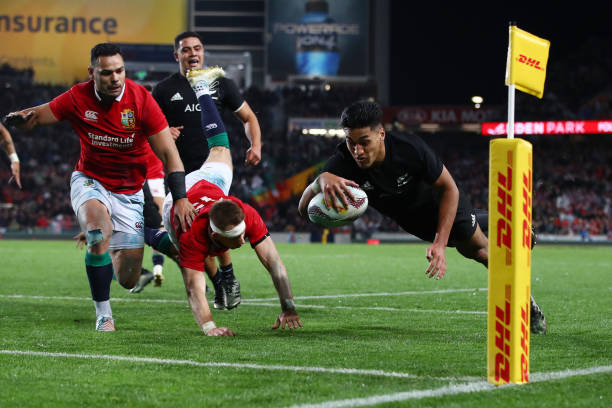