The 2017 Mitre10 Heartland Championships is now fully underway and we again we had some great results last weekend which bodes well for another great weekend ahead.

Te Kuiti gears up for a 100th Match celebration this weekend when they (King Country) host Wairarapa-Bush who bounced back from their first round smashing by Wanganui to get their campaign back on track with the win over East Coast. King Country though on the other hand have begun 2017 with two defeats at the hands of West Coast (6-17) and last weekend against South Canterbury (36-42). King Country will be playing their 100th Heartland game since 2006 and also it doubles as the 50th Home Match as well, so as the teams are yet to be announced the mouth-watering possibility of not one but two All Black scrumhalfs in Alby Mathewson and Piri Weepu should bring the spectators  through the gates (kick off 2.30pm).

This weekend also see’s 3 matches starting early due to travel arrangements , and none more so than the “Battle of the COAST’s” East meet West and the great news is that the game will be Live Streamed at the East Coast website from 12pm a lunchtime match to watch.

The other two matches affected by travel arrangements with kick off times of 2pm are the games between Horowhenua-Kapiti and Thames Valley at Levin and along with Buller hosting North Otago in Westport.

After last weekend’s enormous effort by the Swampfoxes going down by 2pts to Wanganui and the heartache of missing the upset victory in the final seconds with a missed penalty the Swampfoxes will now be up for a test against the Horo-Kapiti team who are themselves flying high with a 2-0 record so far this season. Buller in the meantime retained the Rundle Cup last weekend and this week host North Otago themselves picked up a big win (Morally) over Mid Canterbury after the first up loss in week one (vs Horo-Kapiti) the Old Golds will be looking to continue their dominance of the Buller team , whom they have only dropped 1 match against in the past 11 years.

Wanganui , well the big wet got the better of them last weeknd but a champion side tends to always prevail, this week they host Poverty Bay who would have thought they would be playing a top 4 match, but alas this is not the case , they go into this match in 12th (last) place taking on a team that have a 12 –  0 winning performance against them since 2006 in Heartland and another performance from the Butcher Boys like last week is not expected , feel for Poverty Bay this week as they look to be putting their heads on the Butchers “Block”.

We end this preview with possibly the match of the round , Mid Canterbury vs South Canterbury, the winner here sets up a good run towards the business end of the season, the loser could be looking at surviving enough to play in the Lochore Cup. Both teams have dropped a match this season and both teams will be playing Wanganui at home over the next few weeks , South Canterbury have the edge as they secrured two huge bonus points in their loss to Buller in Week One, and they also won the last Heartland meeting between the two sides last season 14-00 . We forsee this match as being a humdinger with all to play for. 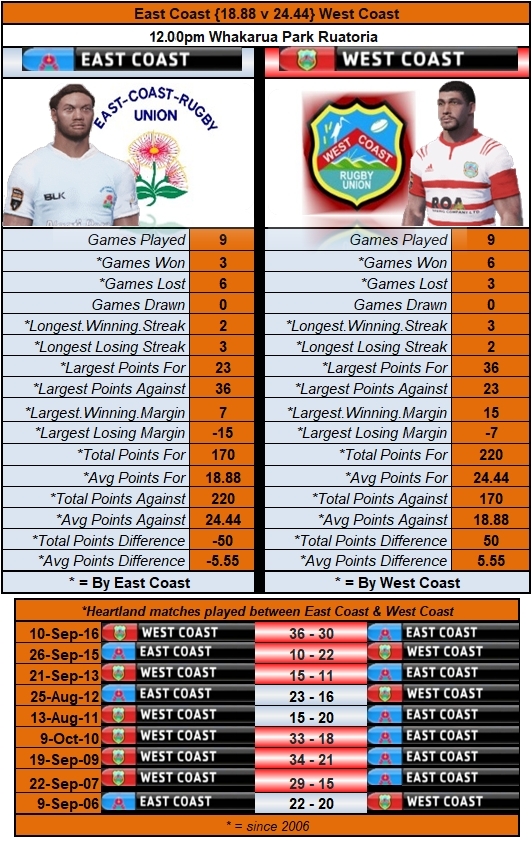 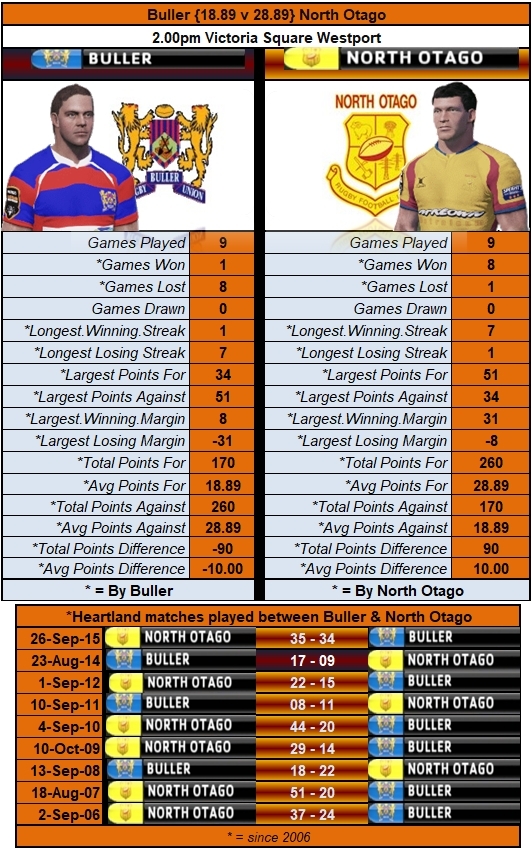 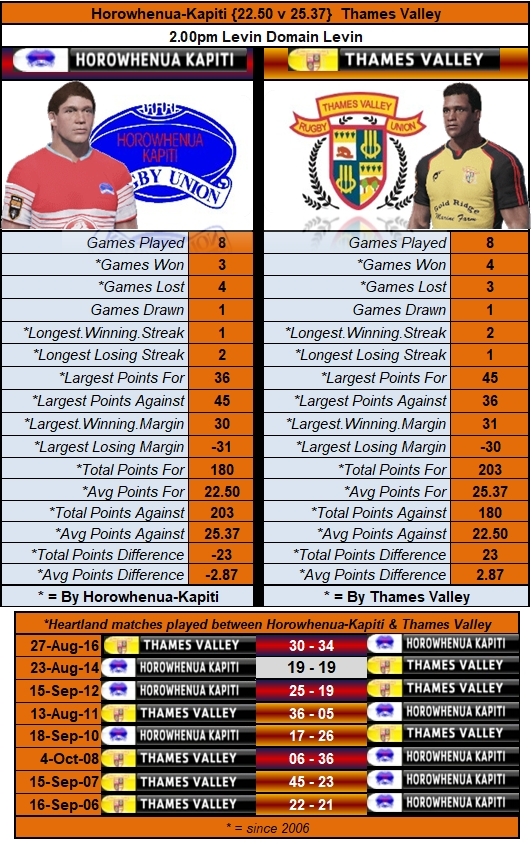 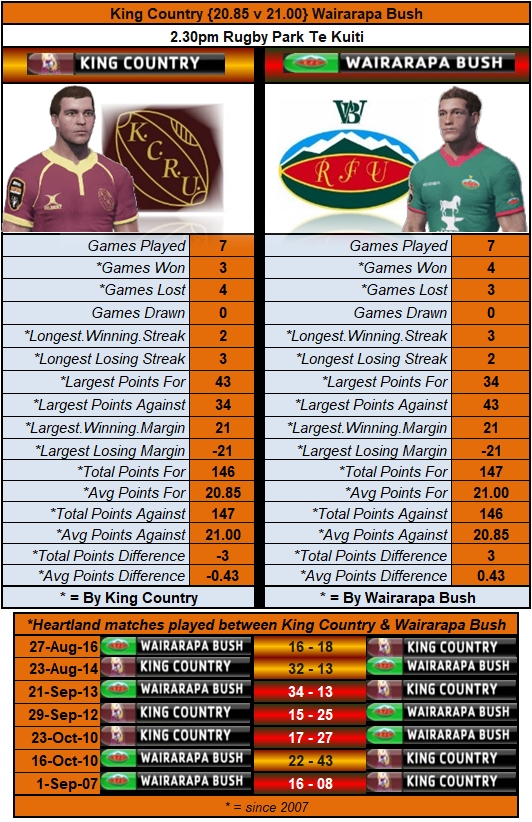 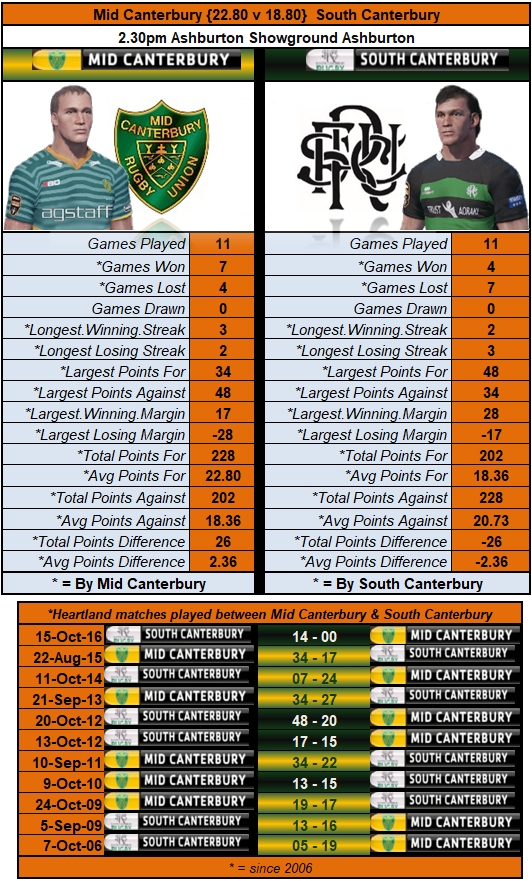 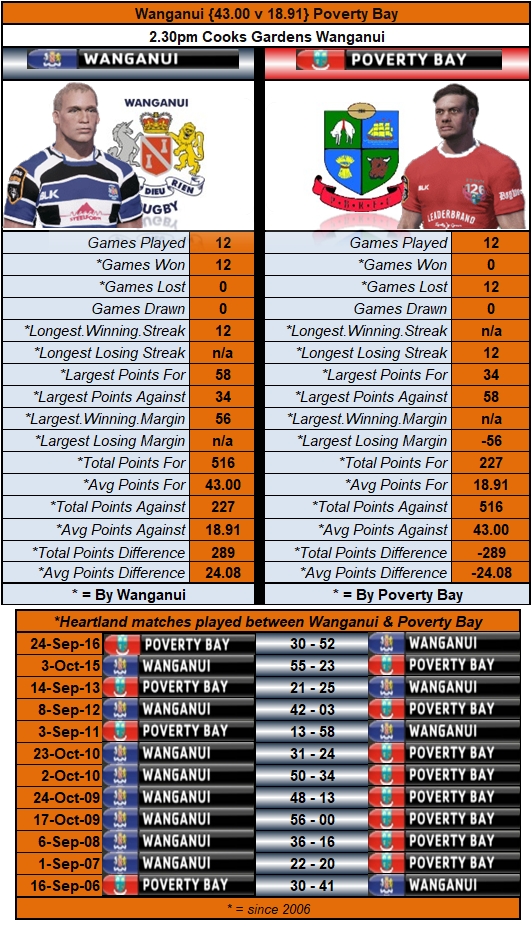 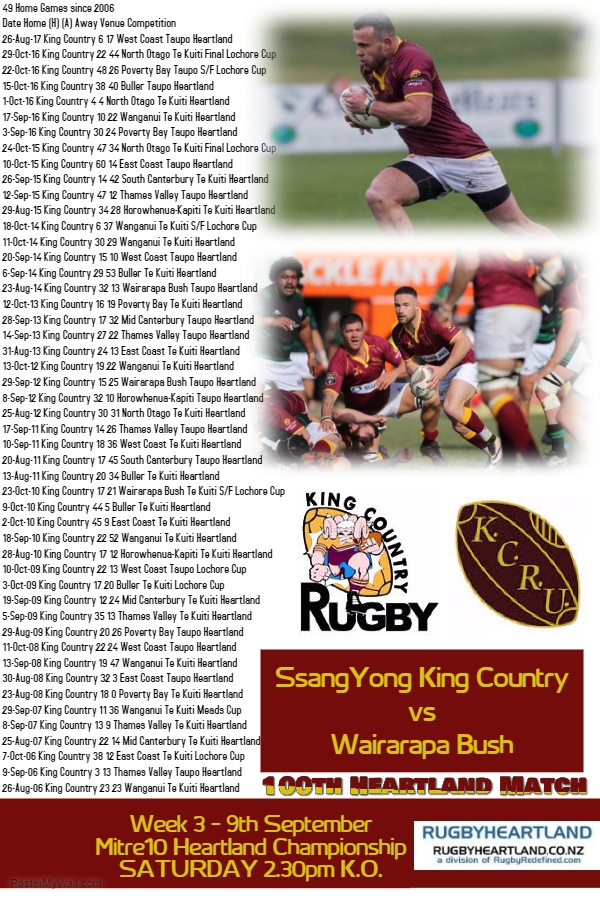 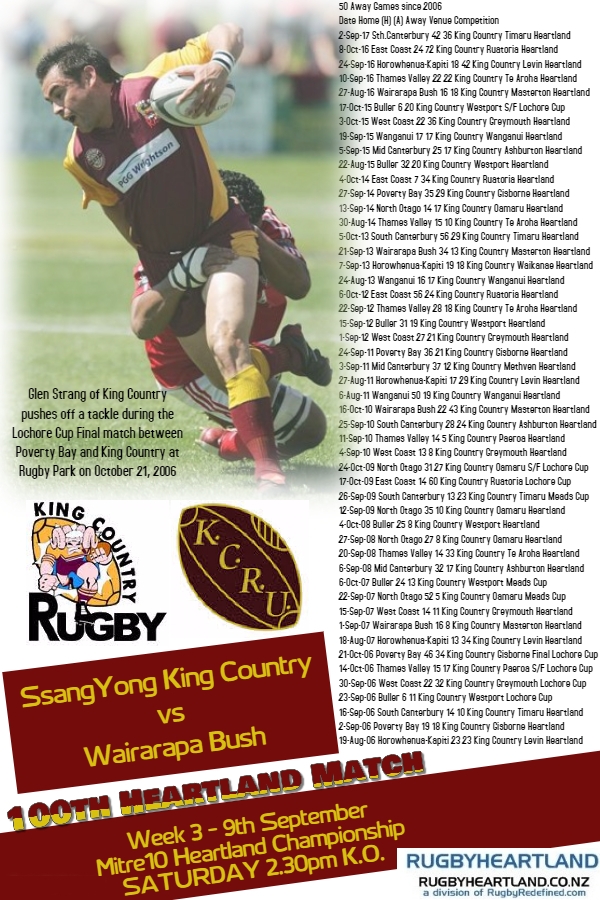