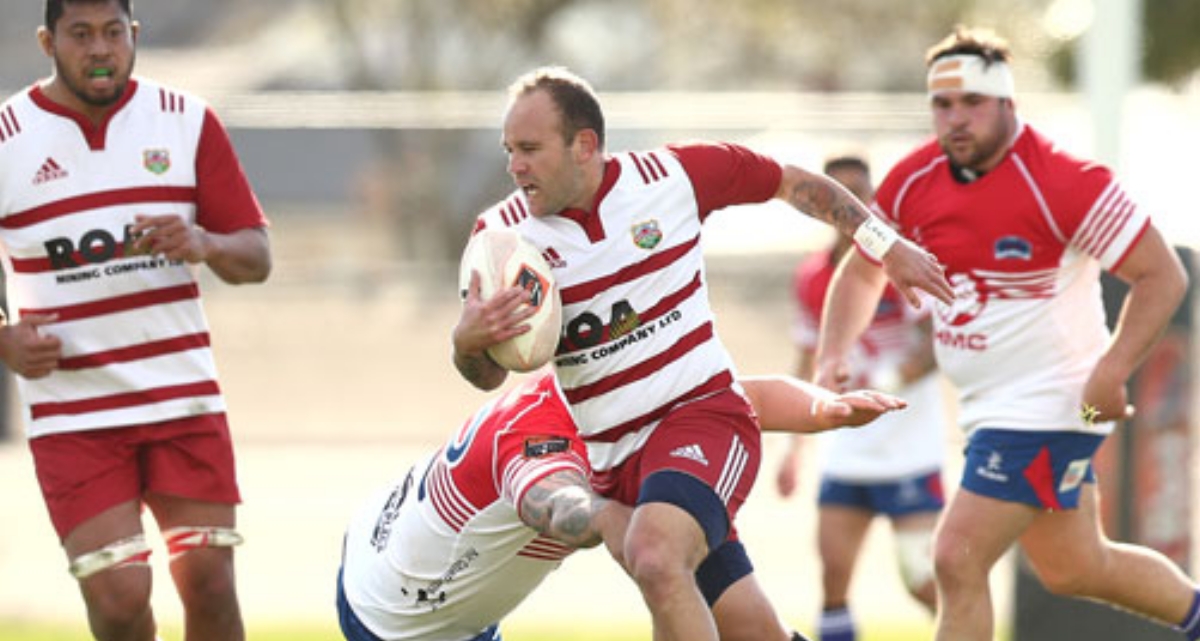 West Coast continued their storming start to move to the top of the Mitre 10 Heartland competition when travelling to Levin and downing Horowhenua Kapiti 27-21.
But they had to come from 7-14 down to claim the win. Their effort followed an opening round 56-27 win over King Country.

Some of the usual top teams in the competition who contributed players to the New Zealand Heartland XV for their international on Saturday found the going a little tougher.

North Otago made the most of ‘home advantage’ when playing the curtain-raiser to the Ranfurly Shield match at Forsyth Barr Stadium to record a useful 25-11 win over Wairarapa Bush.

Wanganui, beaten last week by Wairarapa Bush struggled again as Thames Valley recovered from its upset loss to Poverty Bay in the first round by claiming a 36-30 win over Wanganui. Down 19-25 at the break, Thames Valley contained the home team to only one try in the second half.

Of more concern, however, was the concession of penalty goal chances within goal-kicking range and Regan Crosland made no mistake when landing seven penalty goals.

Buller suffered a setback when going down 12-34 to King Country in Taupo.

Poverty Bay were not able to back-up their upset first round win when going down to South Canterbury 29-40. Brad Tunnicliffe picked up three tries for South Canterbury while Clarence Moli scored two. 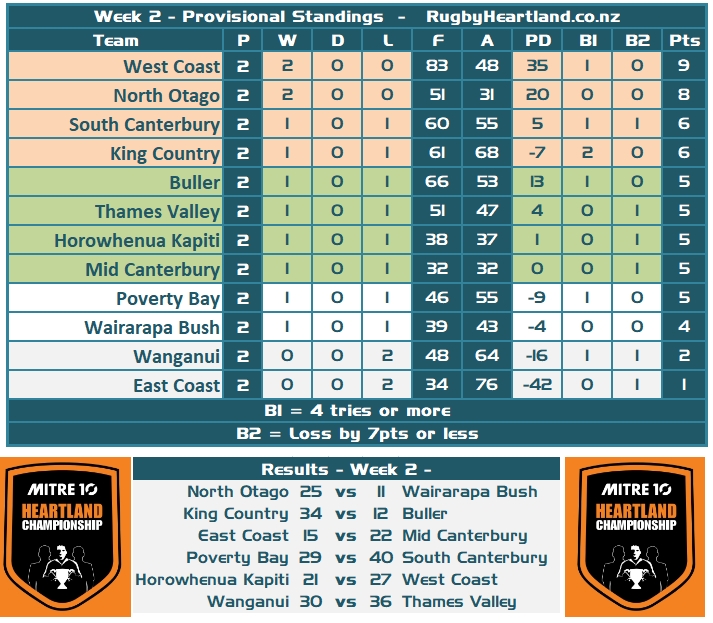