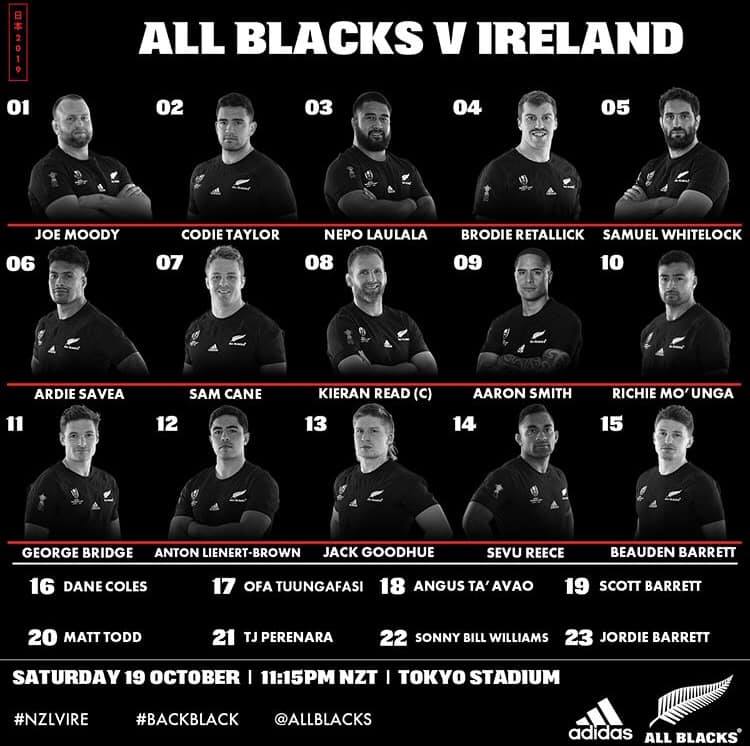 The All Blacks team has been named to play Ireland in their Rugby World Cup 2019 Quarter Final at Tokyo Stadium, Tokyo, on Saturday 19 October (Kick-off: 7.15PM, 11.15PM NZT)

The match-day 23 is as follows (Test caps in brackets): 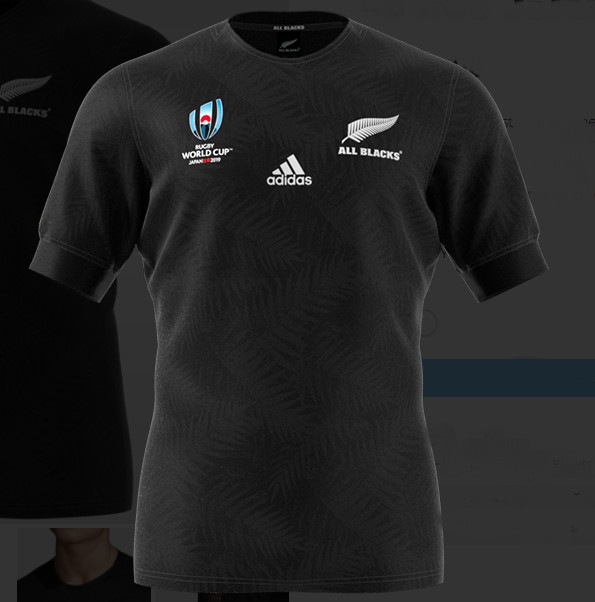 “There’s a lot of energy and excitement in the team which is normal for this stage of the tournament where the winner takes all. It will add extra pressure to both sides.

“We feel we’ve selected a great mixture of talent in our 23, who are in great form, and the squad includes many players who have a lot of Rugby World Cup knockout match experience. Together with our experienced management team, that brings a deep understanding of what is needed to get the job done.

“Past Rugby World Cup history is important because of the positive or negative experiences you’ve had. But ultimately it is what happens on the day that counts.”

Hansen added that all 31 players had been fit and available for selection, which was an added bonus in this stage of the tournament.

“This is a great reflection on the players themselves and the staff who have done a great job getting them through the Pool Play phase of the tournament. We are very happy where the team is at at this stage and it feels like the team is right where it needs to be for what will be a physical and fiercely-fought encounter.

Hansen concluded: “On behalf of the team, we’d like to thank all our families and supporters in New Zealand, around the world and here in Japan, particularly those who have made the effort to travel.

“The team has really appreciated the many messages we have received and we look forward to representing you all proudly on Saturday.”

· Samuel Whitelock recorded his 100th Test match win in his last outing against Namibia. He’s just the fifth player in the world to achieve that feat.