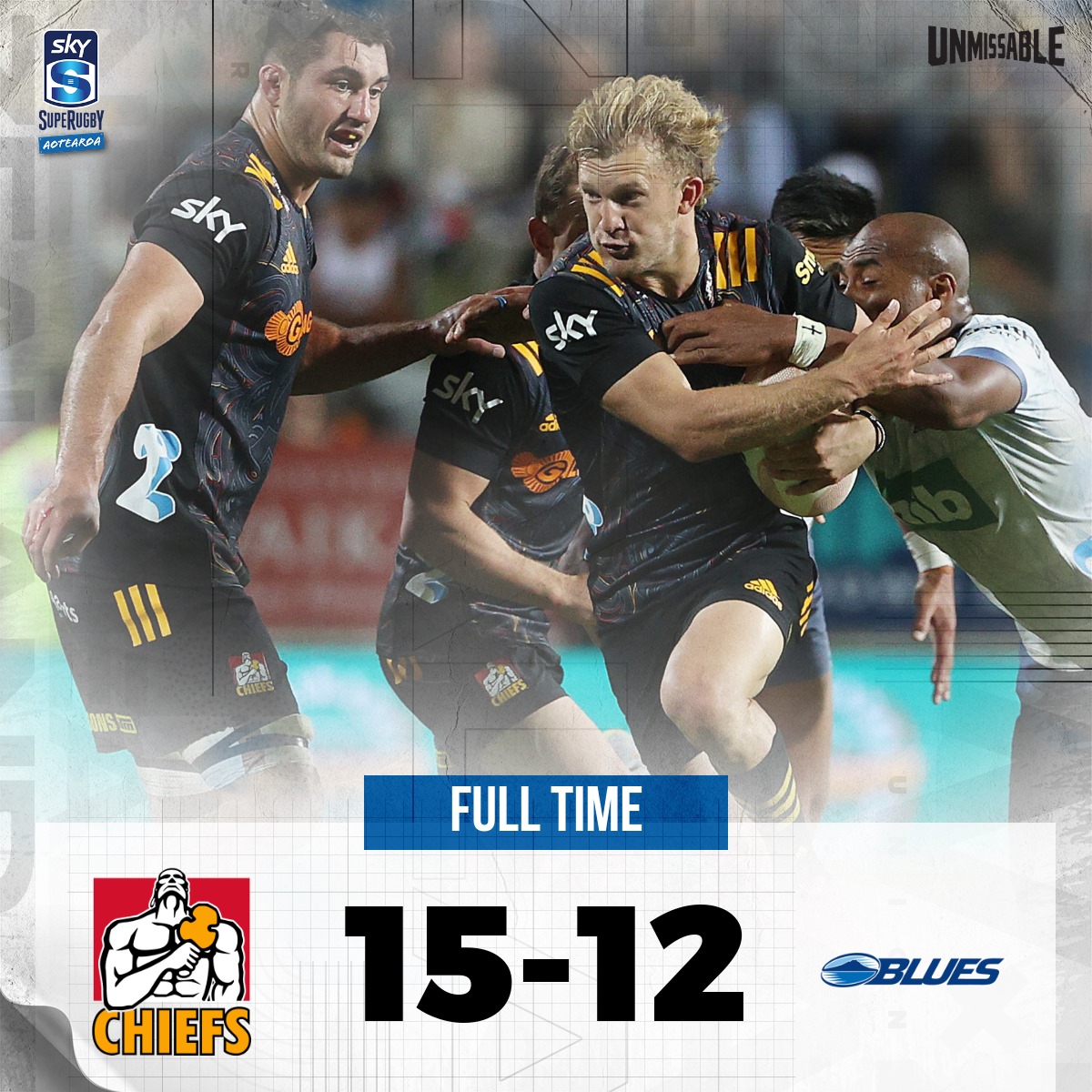 Hamilton turned up trumps for the Chiefs again when they secured a last-gasp, and famous 15-12 win over the Blues in Sky Super Rugby Aotearoa on Saturday.

Fullback Damien McKenzie, who had moved up to first five-eighths for the final quarter, scored the winning try but he could thank two outstanding plays by No8 Luke Jacobson for the chance.

It was a thrilling game with some outstanding defensive plays, and individual tackles, but the final outcome was a decisive boost for a home team that had endured an 11-game losing streak yet still managed to get among the more fancied boys from up the motorway.

But in many regards, the Blues paid the price for opting to look for tries rather than take points from goal-kicking situations. Having dominated possession they only led 7-0 at halftime.

The Chiefs took inspiration from hooker Samisoni Taukei’aho, Jacobson, who had an outstanding battle over the ball at breakdowns with Blues flanker Dalton Papalii, skipper and flanker Sam Cane and hard-running mid-field back Quinn Tupaea.

Just as the Crusaders stymied the Blues’ five-metre scrums a week earlier, so the Chiefs managed in the first half, while they added to their defensive effort by getting amongst the Blues lineout drive to frustrate them there as well.

It was ironic that having put their scrum to the test in the Chiefs 22m area, it was from a lineout error by the home side that the Blues finally got reward for their territorial dominance.

Lock Naitoa Ah Kuoi wasn’t able to deliver the ball in the best fashion for halfback Brad Weber, and Blues halfback Finlay Christie was onto the ball in a flash. He probed to the line and an initial drive by lock Patrick Tuipulotu was followed by flanker Akira Ioane screwing around in the tackle to get the ball on the chalk for the opening try in the 24th minute.

While the Chiefs lacked definitive try-scoring chances they did manage to find holes in the Blues defence, generally through the fine running of Tupaea and one occasion Taukei’aho, who wasn’t able to get a clear pass away.

When their first opportunity to kick for goal from a penalty situation occurred in the 44th minute, the Chiefs didn’t hesitate and McKenzie, who had pulled off a superb try-saving tackle on flying Blues wing Mark Telea in the first half, landed the points.

After a third quarter in which they too, were encamped in the Blues 22m area, the Chiefs finally got reward for their lineout maul when Taukei’aho, who had been outstanding with the ball in hand throughout, got the ball down in the midst of a maul of players from both sides.

The Blues responded immediately, initially missing a penalty goal chance, but then making the most of the first solid burst of the game from left-wing Caleb Clarke.

That set up the ruck and by moving the ball right, Papalii transferred perfectly to replacement Tom Robinson and he broke first five-eighths Kaleb Trask’s tackle attempt. And the big flanker held off Weber’s tackle long enough to be able to dive over and get the ball down for the try.

Halfback Jonathan Ruru made an outstanding contribution when coming off the bench for the final quarter by turning the momentum with the sheer tempo of his play. He was quick with his distribution in Robinson’s try, and then won a turnover that led to another attempted lineout drive, in the 68th minute.

From it, Papalii looked to have scored but obstruction in the roll to the line was ruled against replacement lock Gerard Cowley-Tuioti.

Papalii then featured at the other end of the field, when penalised for a knockdown to then win the ball from a long throw by the Chiefs and to help the Blues clear the ball down field.

However, a turnover won by Jacobson back in his own territory gave the Chiefs a chance which they took, with Jacobson again making a decisive break to the Blues line where he transferred to wing Chase Tiatia who was tackled short, the pass being approved after a captain’s referral, to set up a chance.

McKenzie ran at the line and while tackled, wasn’t held and bounced out of it to score 43 seconds from full time. 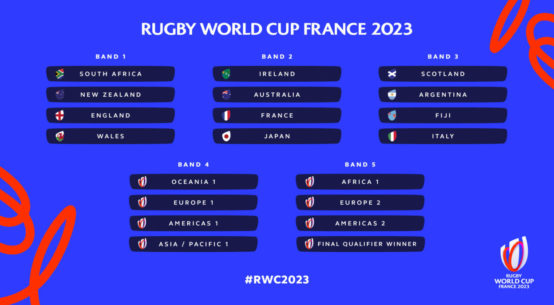