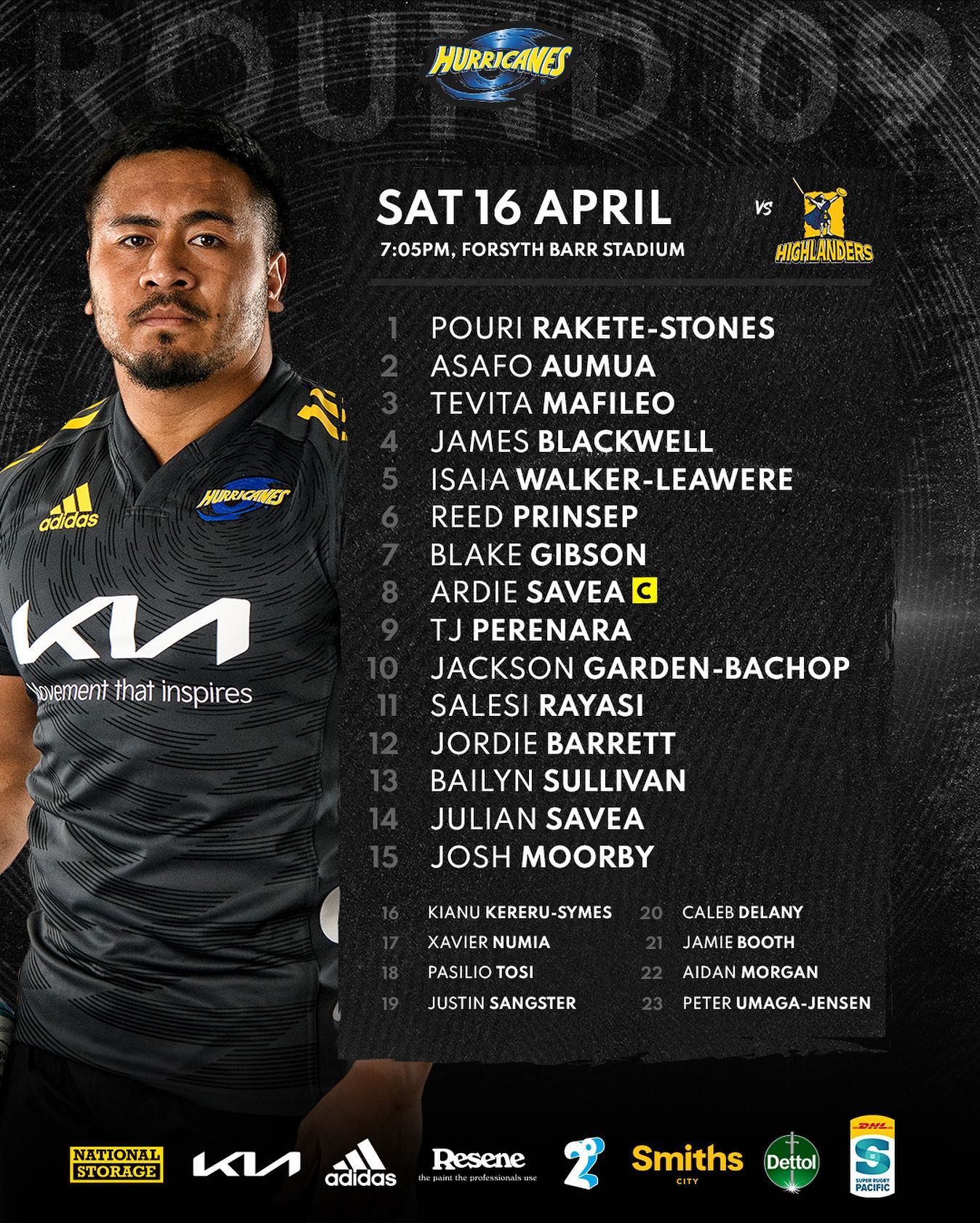 After their 53-12 win against Moana Pasifika on Tuesday, the Hurricanes are preparing to head to Dunedin this Easter weekend to take on the Highlanders in Round 9 of the DHL Super Rugby Pacific competition.

Due the short turnaround between games, Head Coach Jason Holland has named a new look run-on side for the Hurricanes, with only 7 players backing up since Tuesday clash.

In the front row, Pouri Rakete-Stones and hooker Asafo Aumua return to the action for the first time since taking on the Crusaders, with only Tevita Mafileo retaining his starting spot. On the bench, Xavier Numia and recent debutants Kianu Kereru-Symes and Pasilio Tosi will look to provide cover.

Reed Prinsep will take his regular blindside position, while Blake Gibson lines up at openside alongside Captain Ardie Savea at eight. Utility Caleb Delany will come off the bench.

Jackson Garden-Bachop replaces Aidan Morgan in the number 10 jersey and partners TJ Perenara who dotted down his 58th Super Rugby try on Tuesday, bringing the Hurricanes to 10,000 super rugby points, becoming only the second franchise to reach this milestone. Jamie Booth will look to provide cover.

Winger Salesi Rayasi retains his starting spot on the left with Julian Savea returns to the right after sitting out Tuesday’s game.

In the midfield, Jordie Barrett returns to second-five, with Bailyn Sullivan at centre. Peter Umaga-Jensen will provide a quality option off the bench.

After an impressive performance off the bench on Tuesday, Josh Moorby steps up to start at full-back.

The Hurricanes take on the Highlanders this Saturday, 16 April, 7:05PM at Forsyth Barr Stadium, Dunedin. The match will be televised live on Sky Sport.