Eketahuna FM will have live commentary from Timaru 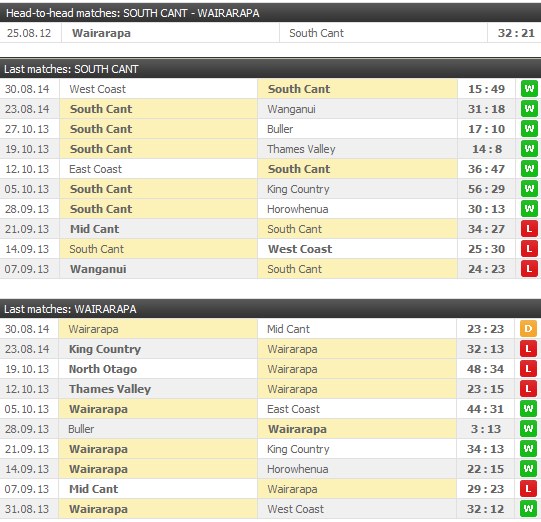 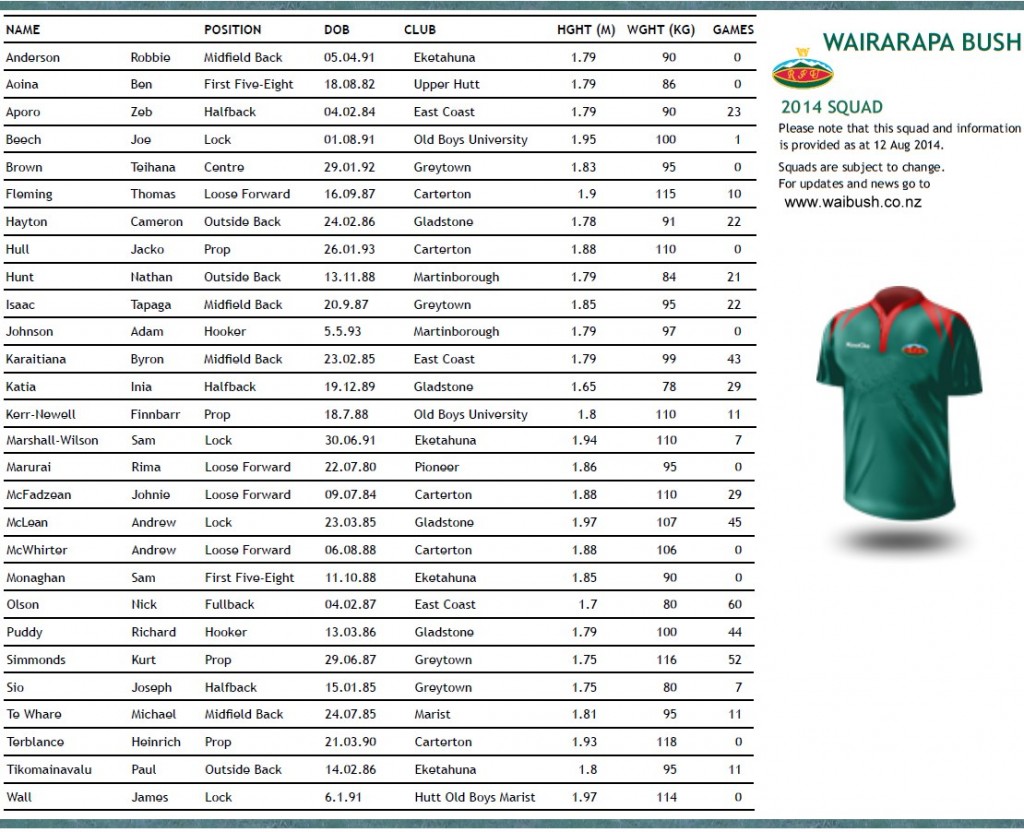 Bob Francis will be guest of honour at a special reunion being held to coincide with the Heartland championship rugby match between Wairarapa-Bush and South Canterbury in Timaru on Saturday.

The event is being held to celebrate the 40th anniversary of South Canterbury lifting the Ranfurly Shield from Marlborough at Lansdowne Park, Blenheim, in August 1974, in what was the first of 12 games involving the famous “log of wood” Masterton’s former long-time mayor was to control in a distinguished refereeing career.

Francis recalls Marlborough starting the hottest of favourites to set aside the South Canterbury challenge. The Red Devils, as the home side became known, had caused a big upset of their own when they lifted the prized trophy from Canterbury the previous season and with quality players like the Sutherland brothers, Ray and Alan, Jimmy Joseph and Brian Ford leading the way the expectations were that South Canterbury simply wouldn’t have the firepower to keep them in sight.

As has happened so often in Shield games over the years, however, the underdog rose brilliantly to the occasion and their 18-6 win was thoroughly deserved.

“They had Lansdowne Park packed to the gunwales, there were probably 30,000 people there and most of them were expecting to cheer Marlborough to a comfortable win,” Francis said. “But South Canterbury took it to them, scored a really great try, and actually won quite easily in the end.”

As was to be expected, the reaction from the two camps to the performance of the man with the whistle was rather different.

“The local supporters were pretty upset about the way things had gone and I copped a fair bit of heat from them but South Canterbury were delighted.

That Blenheim success represented only the second time South Canterbury had won the Ranfurly Shield, the first coming against Wairarapa in Masterton in 1950 when they got home by a narrow 17-14. The 1974 side successfully defended it with a 9-3 win over North Otago a fortnight later before succumbing to Wellington by the same scoreline.

And they haven’t had their hands on the “log” since.

Making Francis’ trip to Timaru even more enjoyable would be seeing Wairarapa-Bush take vital Heartland championship points off South Canterbury who sit on top of the points table.

The improvement shown from their first-up loss to King Country in the 23-23 draw with defending Meads Cup titleholders Mid-Canterbury at Memorial Park last weekend has led to the same Wairarapa-Bush squad being chosen for the southern assignment with one exception, Carterton prop Ollie Terblanche replacing his clubmate, Jacko Hull.

The likelihood is that Terblanche will come off the reserves bench although first choice prop Finnbarr Kerr-Newell does have a slight injury and will probably have to pass a fitness test at training tonight to be given the nod in the starting line-up. 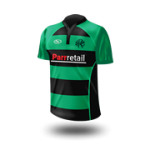 Head coach Mark Rutene was giving little away when asked yesterday whether any other changes to the side which initially took the field against Mid-Canterbury were in the wind.

“There are two or three options we are looking at but we haven’t made any decisions yet,” he said. 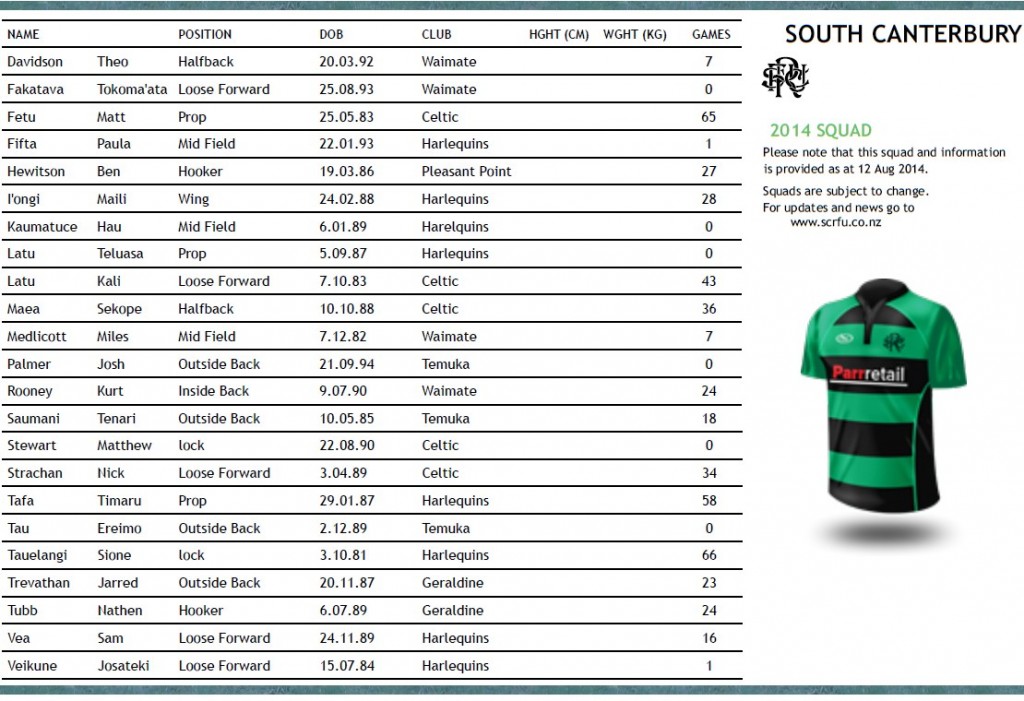 South Canterbury have made four changes to their starting lineup against Wairarapa Bush as they look to keep their unbeaten run in the Heartland Championship alive.

South Canterbury have a perfect record, having beaten both Wanganui and West Coast with four-try bonus points, to sit on top of the table.

Injuries have, however, cost them two top performers.

Hooker Nathan Tubb is out for the rest of the round-robin with a broken arm, while halfback Sekope Maea has a hamstring issue.

The side has depth in both positions with Ben Hewitson promoted to start in the front row and Theo Davidson at halfback.

That means Pleasant Point’s Alastair Brady could get his first cap for the ”green and blacks” having been promoted from the development side along with halfback Josh Palmer.

Loan lock Simon Marcel is not available because of family commitments in Auckland.

Scott said he got hold of Dwyer through a contact. ”I asked who the best lock was in their competition and Dwyer’s name came up. He was one of two Upper Clutha players who played every minute of the season.”

Under Heartland competition rules up to three loan players and one player of origin can play in each game.

The final roster does not have to be confirmed until after the fourth game.

The final change is Kali Latu who gets a start at No 8, with Sam Vea heading to the bench and Josateki Veikune moving to the blindside.

Scott said captain Nick Strachan was under an injury cloud with a sore neck, so Vea could yet start.

”Kali deserves a start and has real speed from the base of the scrum, which gives us go forward very quickly.”

Scott said he had not seen video footage of Wairarapa Bush but expected them to be a very good side.

”They are quite well balanced, with firepower in both the forwards and backs. They also have a 10 that is pretty handy.”

Wairarapa Bush were the surprise package last weekend, holding Mid Canterbury to a draw, needing a last-minute try and conversion to share the points.

Scott said their was a good feeling in the team but he was not getting carried away.

”We are pleased with the start [of the season] but there is still a lot of work to do.

”From memory King Country won their first three games last season and missed out on the top-eight.”

Scott did admit a win over Wairarapa would have them in a good spot.

While there are 12 teams in the Heartland Championships, each team only plays eight games before breaking into the Meads Cup (top four) and Lochore Cup (fifth to eighth).

Other big games of the round see second-placed Buller take on King Country, while third-placed Mid Canterbury face Thames Valley.

Seedings and day one schedule confirmed for #JHU19 tournament