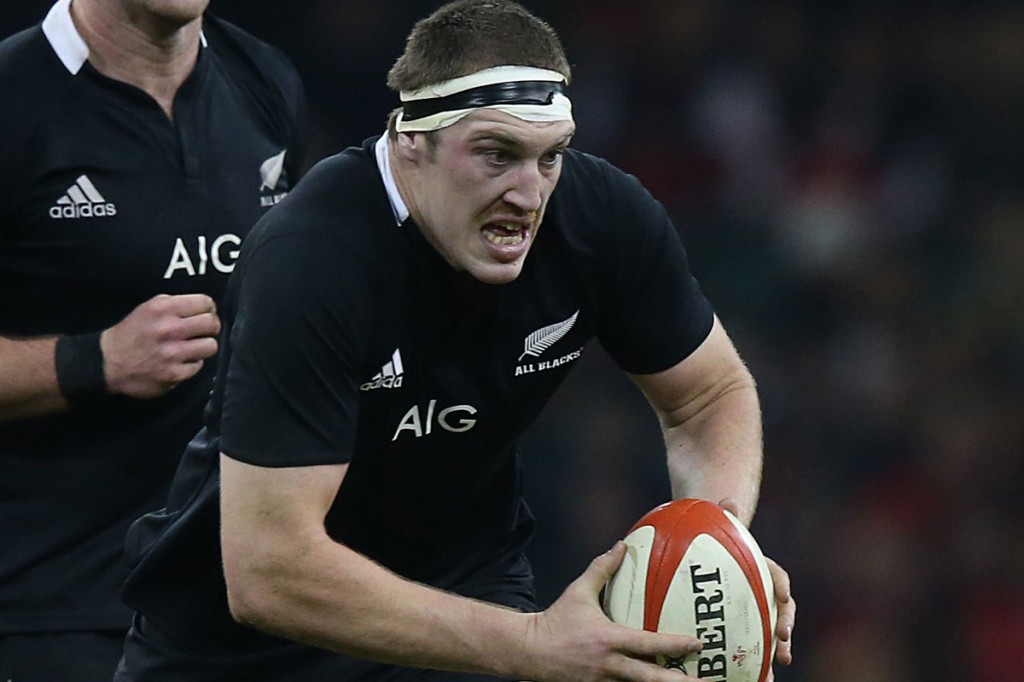 The All Blacks who retained their number one world ranking for the fifth consecutive year, took out the adidas Team of the Year for the fourth successive year while Steve Hansen earned his third successive Coach of the Year award.

Under Hansen’s guidance the All Blacks equalled the record of 17 consecutive victories by a major nation, secured a clean sweep in the Steinlager Series against England, retained the Bledisloe Cup for a 12th year in a row, won a third successive Investec Rugby Championship title and returned home undefeated from the recent MyRepublic Northern Tour with wins over USA, England, Scotland and Wales.

Their success was also recognised by their international peers last month when they were named World Rugby (formerly IRB) Team of the Year and Hansen; Coach of the Year.

Rugby’s annual celebration of achievements on and off the field was held at the Viaduct Events Centre in Auckland for the first time.

In congratulating the winners, New Zealand Rugby Chairman Brent Impey said 2014 had been an outstanding year for many teams. He made special mention of the efforts of those in the community game where the number of registered players topped 150,000 for the first time.

“We often say this, but it’s true. When the community game is in great shape, the game will thrive at the upper levels. It is the foundation on which to build success and tonight we thank all those toiling on behalf of the community game who can take credit for the achievements we celebrate here.”

The Steinlager Rugby Awards also honoured one of those champions of the community game, a man who also made his mark on the upper levels of rugby.  Leading administrator and former All Blacks Manager Dick Littlejohn played a key role in delivering the first Rugby World Cup – in New Zealand in 1987 – a successful event which laid the foundation for future World Cup tournaments.

His pioneering work, coupled with a long history of administration in the game locally in the Bay of Plenty, and nationally saw him awarded the Steinlager Salver which recognises an outstanding contribution to the game.  He has remained actively involved with Bay of Plenty rugby and now serves as the union’s patron.

Another tireless worker for rugby in the community was also recognised with Shannon RFC Chairman Dean File named the Charles Monro Rugby Volunteer of the Year. He has driven fundraising for the club, improved facilities, built relations with sponsors and led the appeal for injured player Nat Manville.

In sevens, Sarah Goss was awarded the Women’s Sevens Player of the Year honour. She was a key member of the team that helped New Zealand Women’s Sevens secure their second successive Women’s Sevens Series title and led the team to a come-from-behind final match victory to claim the Dubai Sevens last weekend.

All Blacks Sevens captain DJ Forbes led from the front all season. His consistent form and strong leadership helped the team pick up their fourth consecutive World Series title this year and saw him named the Richard Crawshaw Memorial Sevens Player of the Year, his second such accolade. He also won in 2008.

One of the star players of Taranaki’s triumphant ITM Cup team, Fijian-born and power centre Seta Tamanivalu, was named ITM Cup Player of the Year. His electrifying form saw four Super Rugby teams courting him for the 2015 season, before he settled on the Chiefs.

Rising Waikato back Damian McKenzie was named Age Grade Player of the Year capping a stellar year for the versatile player who was also picked for New Zealand Under 20 and earned a contract with the Chiefs for 2015. Glen Jackson won his second Referee of the Year Award (his first in 2012) after an impressive season where he enhanced his international credentials and was selected for Six Nations duty next year.

Aaron Smith (Ngati Kahungunu) was in stunning form all year as the first choice half back for the All Blacks. He was named the Tom French Memorial Maori Player of the Year.

Buller first five eighth James Lash impressed all season, helping the South Island’s smallest union to the final of the Meads Cup against his old Mid Canterbury team and earning him a call-up for the end of season Heartland XV tour. He was named the Pink Batts Heartland Championship Player of the Year.

Malakai Fekitoa’s stunning solo try on the counter attack for the Highlanders – form that saw the Tongan-born midfielder force elevated to the All Blacks in 2014 – against the Sharks, was the most popular try picked by fans in the second annual SKY Television Fans Try of the Year category. See all 10 shortlisted tries here.

adidas Team of the Year
All Blacks