The first Super Rugby game of the 2015 season produced the first upset as the Rebels beat the Crusaders 20-10 in Christchurch on Friday.

Three yellow cards, endless penalties and extended TMO stoppages – Super Rugby is back. There was very little in the first 80 minutes of the new season to suggest that much has changed when it comes to the ‘high octane and high intensity rugby’ that Sanzar promised us.

Instead both teams were at the mercy of referee Nick Briant’s often bemusing ‘interpretation’ at the breakdown and tackle situation. New season, same old gripes.

Notorious slow starters, the Crusaders were woeful for much of the 80 minutes, even when the opposition were down to 14 men for 20 minutes of the match. Dan Carter struggled through 73 minutes at flyhalf before limping off with an ankle knock. However, it would be harsh to lay the blame solely with

the All Blacks pivot – there weren’t many players in the home side to put up their hands.

The Rebels were up for it, and might’ve taken an early lead after Richie McCaw was penalised for lying on the wrong side at the ruck. However, after numerous replays the penalty was overturned with Rebels scrumhalf Nic Stirzaker receiving a yellow card for a stamp on the All Blacks captain.

In a first half littered with penalties, Carter gave the hosts the lead after the Rebels were penalised for going offside at the breakdown. The Crusaders were making the most of the Rebels disarray at the lineouts to enjoy a strong territorial advantage, although many of their attacks came to nothing, with their execution letting them down.

It would be the Rebels who would strike next from a rare foray into Crusaders territory. The visitors were patient in their buildup, and after taking the ball through numerous phases, lock Lopeti Timani crashed over from short range. Mike Harris assumed the kicking duties after flyhalf Jack Debreczeni left the field with a concussion, and he added the extras.

The Rebels found themselves under pressure straight from the kick-off, though, as they failed to clear their lines effectively. The Crusaders pack duly punished them, with hooker Ben Funnell going in for a try from the back of a rolling maul.

The visitors would hit back with two penalties from Mike Harris, the latter after the hooter, as they headed into the break with a 13-10 lead and a numerical advantage, after Crusaders scrumhalf Mitchell Drummond saw yellow for failing to roll away from the tackle situation.

arter had an opportunity to level things up at the start of the second half, but failed in his attempt. The Crusaders were the architects of their own demise, and were handed a golden opportunity midway through the second half after Rebels flank Sean McMahon was sent to the sin bin for a tip tackle on Matt Todd. Colin Slade – assuming the kicking duties from Carter – failed from the tee, and the Rebels made them pay.

Carter’s kick was charged down in midfield, and Stirzaker swooped on the ball to race away and score the match-winning try. It was no less than the visitors deserved as they picked up their first victory on New Zealand soil, while inflicting on the Crusaders their first defeat to Australian opposition at home since 2004. 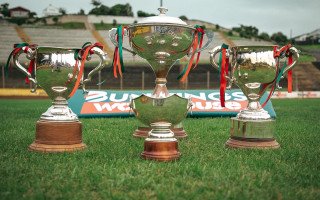