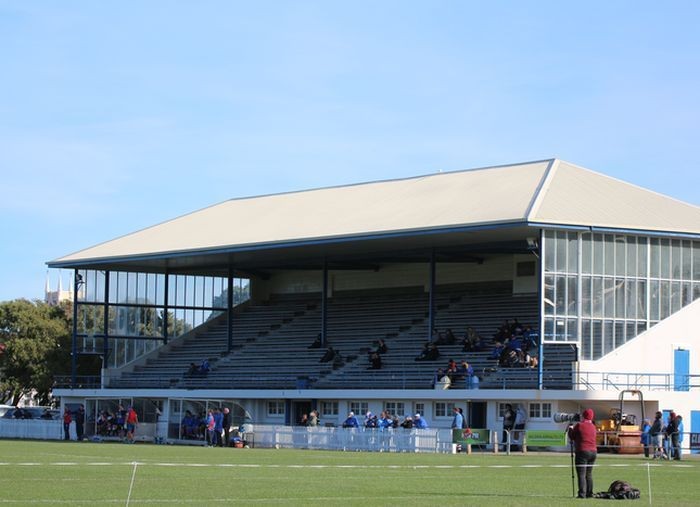 With difficult weather conditions across the country, ranging from rain and cold in the South Island to high winds in the North Island, championship rugby across New Zealand was hard fought and compelling on Saturday.

The South Island bore the brunt of adverse weather, with testing conditions in Otago and Southland Premier rugby.

In wild weather, competition leaders Southern held on to beat University A 11-5 and maintain their grip on the top of the Otago Metropolitan standings. Harbour are still second after their 19-0 win over Zingari-Richmond, while Dunedin beat Alhambra-Union 7-5 in another hard fought match.

Further south, Pirates Old Boys defied the conditions to thrash previous Galbraith Shield frontrunners Star 48-6. In another one-sided rout, Marist surged to the top of the table with a 69-5 win over Midlands.

At the top of the South Island, Wanderers have won the 2015 Tasman Trophy, beating Waimea Old Boys 15-11 in the final.

The opening weekend of the second round Christchurch Metro competition was a frolic for several teams. First round winners Lincoln University strode out to a 46-22 win over Christchurch, New Brighton overcame Sydenham 77-24 and Marist Albion defeated University 45-22. The closest result of the day was Linwood’s 13-12 win over Belfast in Section 2.

In Wellington, last year’s Jubilee Cup finalists, Hutt Old Boys Marist and Wainuiomata, are both 0 and 2 after their opening two championship matches. Going by recent history and the need to win early games, both sides’ chances are probably shot. At the other end of the table, Tawa, Ories and Old Boys University have won their first two Jubilee Cup games.

In Manawatu, leaders College Old Boys suffered a one-point loss to Kia Toa in their top-of-the-table meeting. Kia Toa won the clash 18-17, to now be in clear second place behind COB and ahead of third placed Old Boys Marist who defeated Linton 36-17.

Across in Taranaki, leaders New Plymouth Old Boys have officially booked a home semi-final with just two rounds to play before the semi-finals. NPOB defeated second placed Tukapa 34-12, who are a point ahead of third placed Spotswood who edged out strugglers Southern 13-5.

Otorohanga have skipped out a six-point lead at the top of the Waikato Premier club rugby standings, beating strugglers Te Awamatu Sports 26-7 and second placed Hamilton Marist losing to Fraser Tech 28-38. University have bridged the gap between second and third following their 33-19 win over Hautapu.

The Counties Manukau competition remains tight, with Karaka and Bombay shared for the lead and Pukekohe just behind them after their third round of McNamara Cup matches. Karaka and Bombay both eased to bonus point wins, while Pukekohe beat Patumahoe 25-19 in a tight affair. Fourth placed Ardmore Marist are still right in the mix following their important 17-15 win over Waiuku.

The Alan McEvoy Trophy second round in Auckland saw Grammar TEC defeat University 21-18 in the match of the round. In other matches, Manukau beat Papatoetoe 27-12, Pakuranga defeated Marist 22-10 and Waitemata beat Ponsonby 46-24.

Leaders Massey bounced back from their loss to Takapuna last week with a convincing 51-17 win over the Western Pioneers in their top-of-the-table North Harbour Premier clash. North Shore and Glenfield have joined Western in a three-way battle for the minor placings, with North Shore beating Northcote 49-3 and Glenfield knocking over Silverdale 18-12.

Mid Northern have joined Wellsford at the top of the Northland Southern Districts Premiers table, after Wellsford missed out to mid-table Otamatea 23-39 and Mid Northern defeated Hora Hora 32-26 in 10th round matches. In the Bay of Islands, leaders Kerikeri earned the biggest known win in NZ club rugby this weekend with a 108-14 win over Kaikohe.