Walker-Leawere (lock) and Mokomoko (winger) were yesterday named in Ngarimu’s 40-man squad to prepare for a Heartland Championship warm-up against Bay of Plenty development in Opotiki on Saturday.

“We (Ngarimu and assistant coach Rico Gear) wouldn’t have picked them if we didn’t think they had what it takes,” said Ngarimu.

“Isaia has already been identified as a potential Super Rugby player but it would be great if we could get some value out of him before he leaves the district.

“He’s great in the air, confident in the tackle area and has got speed when he runs with the ball. He’s only 17 but he’s mature. He’ll definitely provide competition for our locks this season.

“Hunter has got a lot of raw talent and mixing with our more experienced players and, of course, Rico, can only be good for him,” said Ngarimu.

The Bay are training tomorrow and Thursday night before going into camp on Friday in preparation for what “is going to be a trial for some players”.

“We’ve named a big squad and some will be playing for the Turanganui a Kiwa Maori team at Te Tini a Maui tournament in Palmerston North this weekend.

“One of the things I’ve learned in the past two Heartland seasons is injuries take a toll over the rep season.”

Ngarimu said having players in the Maori side meant they were keeping match fit, and would give the Heartland squad more depth.

“Form also comes into it. There are no easy games and it is a big step up from club rugby — being asked to perform at a higher level every week.”

Ngarimu is excited about Saturday’s game.

“What I’m looking for is players getting out of club rugby mode. It’s also a huge opportunity for someone to put his hand up and say ‘pick me’.

“A good performance against Bay of Plenty would certainly make Rico and me take notice.

“Bay of Plenty will have players who are in the ITM Cup squad and some who have just missed out.

“It’s going to be a big ask. The result is always important but we’ve been implementing systems that we want the players to buy into, and we’ll be looking to see who has and who hasn’t.”

Waikohu, who beat Athletic in the final of the senior 1 club title at the weekend, have three players in the squad — prop Toru Noanoa, fullback Petera Rikiriki and centre Lindsay Banks.

Athletic second five Canning Taumata will also be at this weekend’s camp. 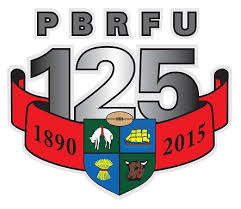 “They’re all skilful players but what impressed me the most was their passion and commitment,” said Ngarimu.

“Skill’s all very well and good, but if it’s not backed with passion and commitment you’ll soon fall by the wayside.

“I watched the senior 1 final at the weekend and was amazed by all four players’ passion.

“Toru’s not the biggest prop around but he puts everything into it and gives it heaps. The other three were not far behind.

“We want guys who are prepared to put in the hard yards and make sacrifices.”

Ngatapa captain Sione Ngatu has been named but is recovering from a calf injury.

“We won’t rush Sione back, even if it means he misses the first Heartland game against East Coast (in Ruatoria on August 22).”