After eight weeks of intense competition we have our final 8 and the Semi Finals have been decided in the Meads & Lochore Cups, and it is a North vs South Battle in all four Semi Finals

South Canterbury finished of the regular season as the top team and have the home advantage in the Meads Cup Semi Finals along with neighbours and second placed Mid Canterbury.

South Canterbury host Wairarapa-Bush in Timaru a repeat of their regular season match-up won in Masterton by South Canterbury in a high scoring encounter 35-26. The boys from the Bush will be hoping for payback for the defeat on their home patch and a victory for them away in Timaru would be that much sweeter with the prize being a place in the 2015 Meads Cup Final.

And in a strange coincidence Mid Canterbury host Wanganui in Ashburton and again the visitors will  be hoping for payback after Mid Canterbury scored a dramatic last play victory in Wanganui earlier in the season winning 30-28.

In the Lochore Cup Horowhenua-Kapiti get another crack at North Otago in Levin , the scene for their first victory over the Old Golds in the Heartland Championship a few weeks back.  Horowhenua-Kapiti missed out on a Meads Cup semi final due to the count-back rules as they finished equal with Wairarapa-Bush , but as they lost to Wairarapa-Bush they fell back a place to 5th and secured a home semifinal in Levin. North Otago will also be hoping for payback as they seem to be heading into form after pushing hard last week against Mid Canterbury , losing 36-39 in the Hanan Shield match.

Buller has had a rough season by their standards , after an almost 100% record last season , losing only one match (the 2014 Meads Cup Final) to Mid Canterbury , Buller need victory on the road last weekend against Horowhenua-Kapiti and they delivered their win help Wairarapa-Bush qualify for the Meads Cup , but they bonus was they won the Brook(s) Shield off Horowhenua-Kapiti and now they host once again King Country , who if they had secured a victory against Wanganui ( finished 17-17 ) they may have actually been in the Meads Cup Semi Finals. They though also have another chance to pick up a win against Buller who beat them in the regular season by 32-20 .

So We have our Semi Finalists , and they have all already played each other this season , and all the hosts have that vital physiological advantage of having victory over their visitors this season. 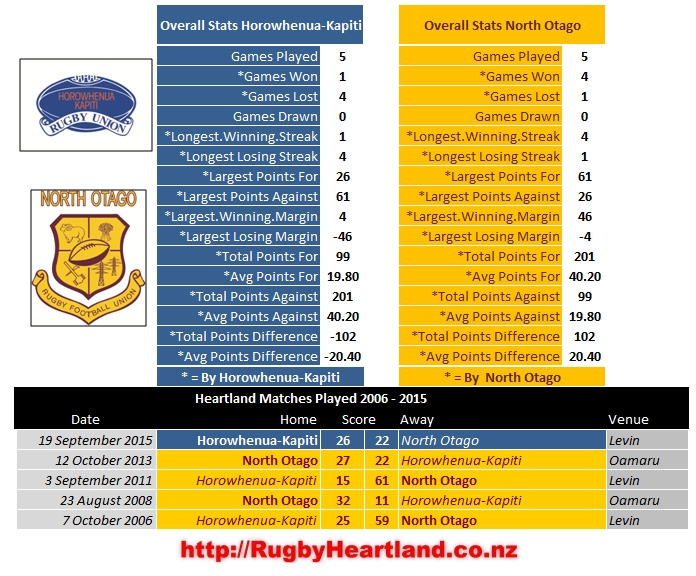 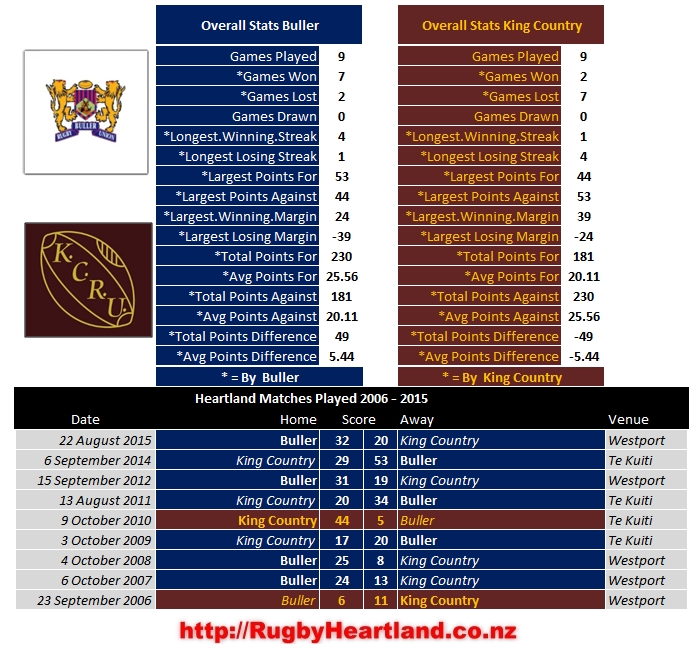 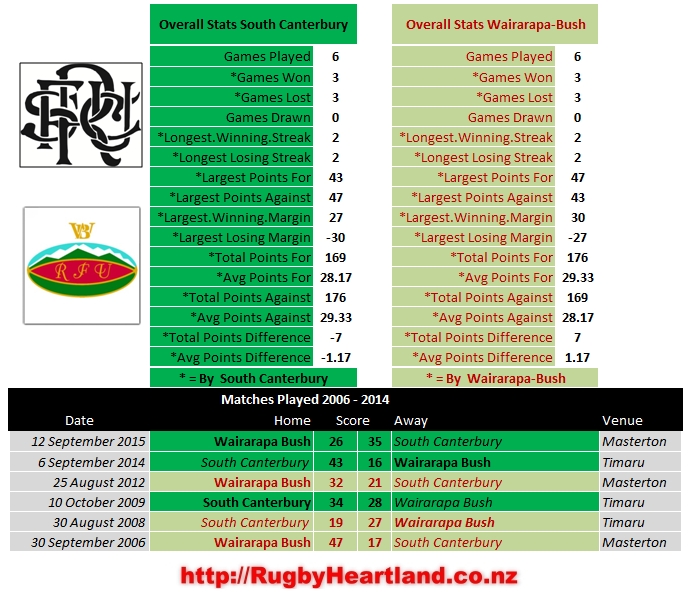 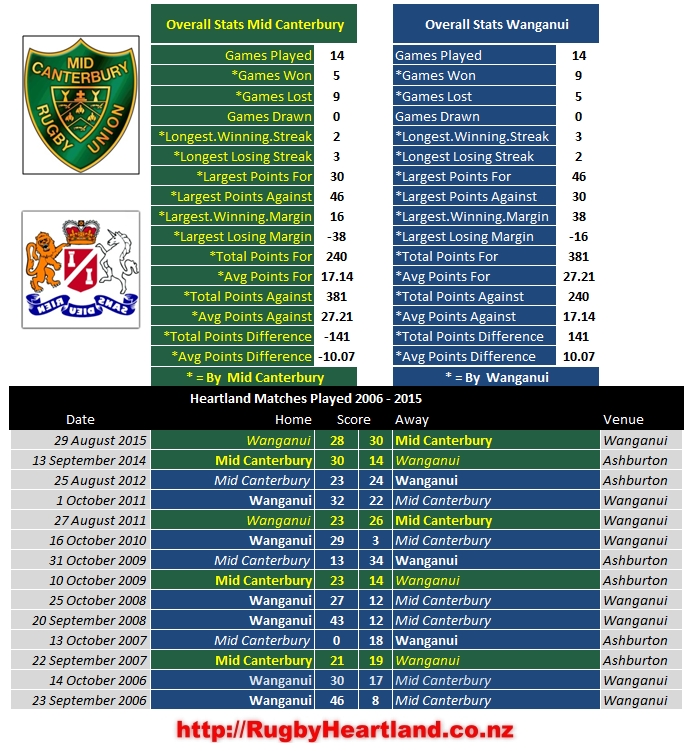 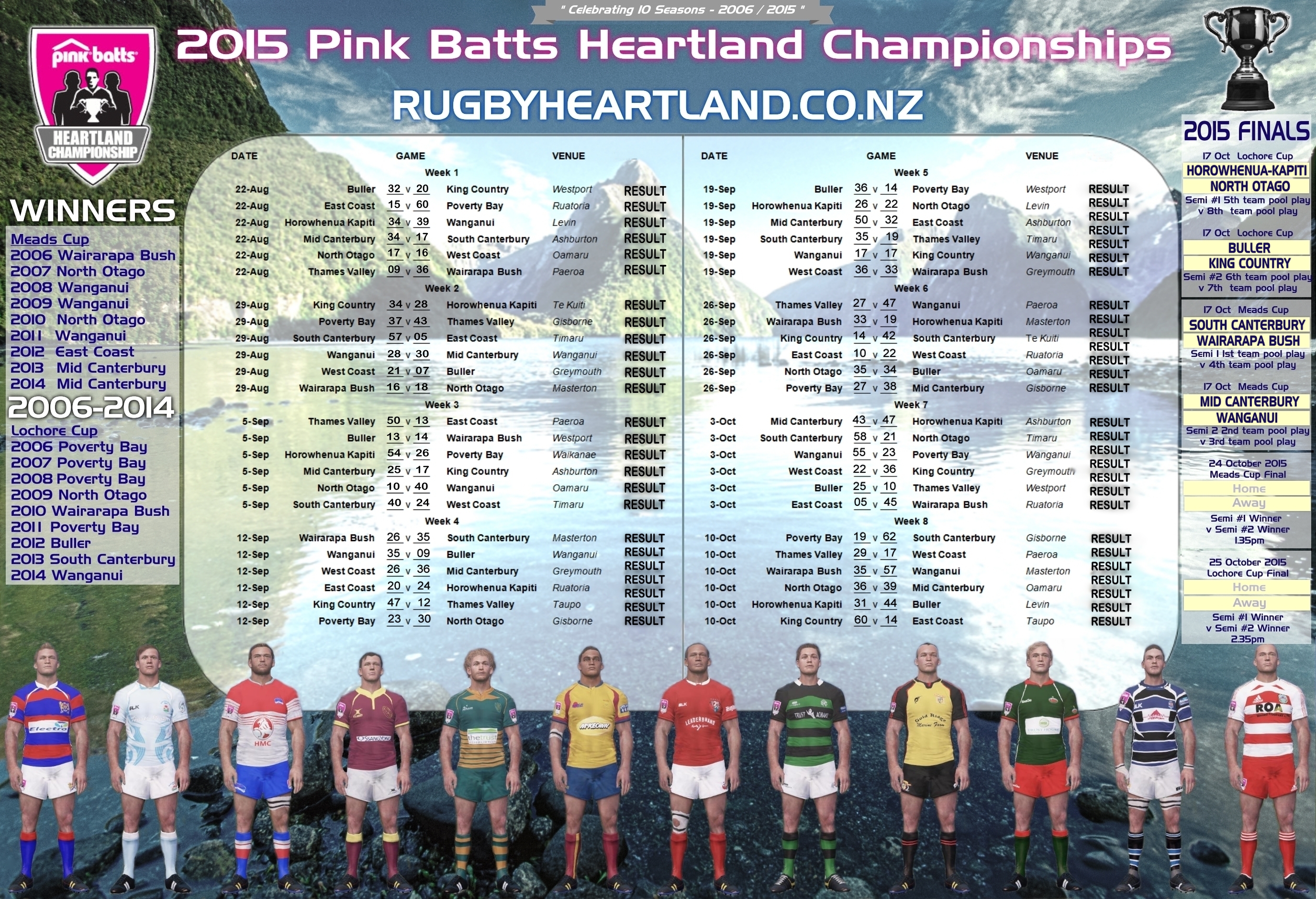 ONE THAT GOT AWAY