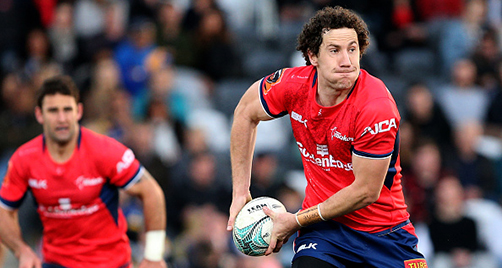 On paper it should have been a walk over but the reality was much different as Tasman Makos hung on for a tight 33-23 win over Northland.

Northland haven’t recorded a victory in the Mitre 10 Cup since 2014 but pushed Premiership contenders Tasman to the brink in blustery conditions at Trafalgar Park in Nelson.

While the Tasman scrum was a key to victory, so to was classy first five Marty Banks who stroked a perfect seven shots out of seven attempts to confirm a hard fought victory and keep Tasman in the hunt for a semi-final spot.

Playing into a strong breeze in the first half, Northland showed they would be no walk over by holding Tasman scoreless in the opening quarter with dynamic loose forward Kara Pryor leading the defensive effort.

But in a flash, Tasman capitalised on their territorial advantage by making it 20-0 through two well worked forward tries to Tevita Kolomatangi and Quinten Strange and a brace of penalties to Banks.

Just as it looked like Tasman would run away with the game, hard-working loose forward Matt Matich crashed over on the stroke of halftime for Northland to make it 20-7 at the break.

Northland made great use of the wind in the second half with pivot Dan Hawkins pinning Tasman in their half and landing two penalties to make it 20-16 with 30 minutes to play.

The sides traded tries to make it 27-23 with under ten minutes to play before Banks broke Northland hearts. With the Tasman scrum pouring pressure on Northland, the visitors gave up two penalties which Banks converted into points to secure the 33-23 victory.