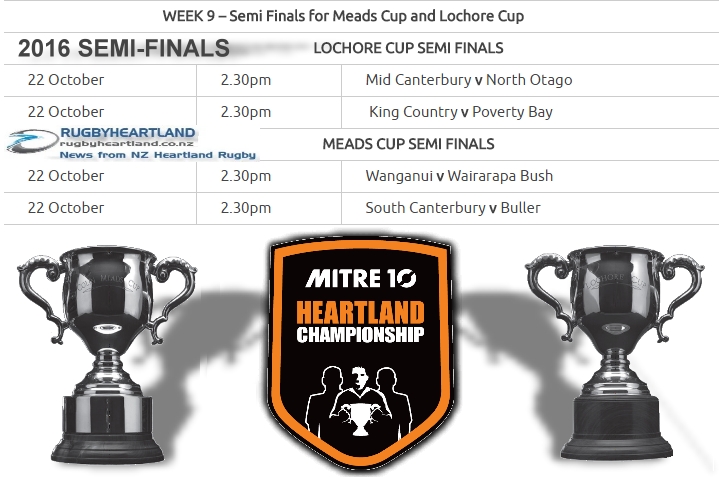 Buller, courtesy of a late penalty goal to James Lash, qualified for the Meads Cup play-offs when scoring maximum points in their 40-38 win over King Country to move to third behind Wanganui and South Canterbury, who were both unable to claim bonus points in their games.

Mid Canterbury were left with a worrying hour or two as they waited for the later starting Wairarapa Bush game. But East Coast were unable to provide the required upset going down 22-44 in Masterton with Wairarapa Bush qualifying.

That left Mid Canterbury as the top qualifier for the Lochore Cup section with King Country clearly in second place after they claimed two bonus points in their loss to Buller.

West Coast managed an upset win over North Otago but it wasn’t enough to prevent the Oamaru-based side from claiming a play-offs place with Poverty Bay sneaking over North Otago for the third qualifying position after their 50-14 win over Thames Valley. 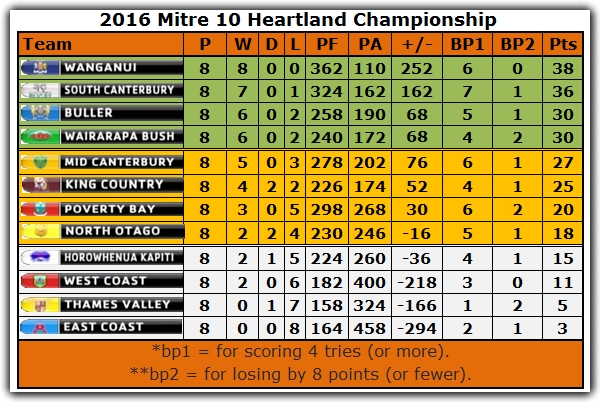