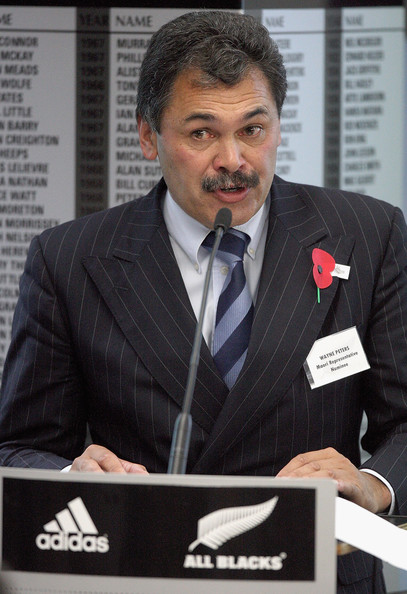 Tributes have been paid to retiring Board member Wayne Peters following his decision to retire from the New Zealand Rugby (NZR) Board ahead of the completion of his current term.

The Maori Representative on the Board, Peters was the longest-serving member of the current Board, having joined in 2009. He was the Chairman of the Northland Union from 2006 to 2008, and served as a director of the Blues Franchise over the same period.

Peters said the decision to retire from New Zealand Rugby would enable him to focus on recovering from a recent health issue.

“I’m proud of the achievements of the New Zealand Rugby Board over the past seven years and in particular the growth of Maori rugby at the community and high-performance level.

“Maori rugby has never been stronger and I look forward to seeing it continue to flourish with the support of a new representative on the Board when they’re elected later this week.”

New Zealand Rugby Board Chairman Brent Impey paid tribute to Peters, describing him as a “respected and astute representative on both the NZR Board and as Chairman of the New Zealand Maori Rugby Board. His legal skills, business experience, passion for rugby and commitment to Maori ensured his contribution to running the game in New Zealand was significant.”

Acting Chairman of the New Zealand Maori Rugby Board, Peter Goldsmith acknowledged the former Chairman’s role in advocating for Maori rugby at all levels.

“Wayne’s contribution to the wider strategic development of rugby and his skill as a practicing lawyer at the time made him both a valued board member and a determined champion of Maori. His immense passion for Maori rugby has been instrumental in achieving advancements with Maori participation at an all-time high and the Maori All Blacks recognized as part of NZR’s high-performance programme.”

“The Maori Board works actively alongside NZR’s community and high-performance teams in developing plans and strategies to ensure Maori rugby remains strong. As Chairman of the Board, Wayne was always supportive of efforts to engage Maori in all areas of the game. NZR wishes Wayne and his family all the best for the future.”

New Zealand Rugby’s 26 Provincial Rugby Unions have been invited to make nominations for the vacant Maori Representative position with the results of the subsequent election due to be announced later this week after the December meeting of the Board.

Explosive Rene Ranger to return to bolster the Blues in 2016