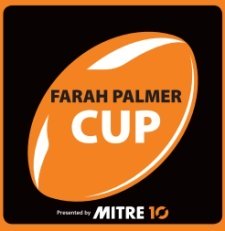 More teams than ever before will take the field in the 2017 Farah Palmer Cup, with the return of Hawke’s Bay and inclusion of Tasman for the first time.

With two more teams expanding the competition to 11 teams, this year’s Farah Palmer Cup will mirror the Mitre 10 Cup with a premiership and championship division, kicking off this weekend and running for nine weeks.

“More and more girls and women  are getting involved in rugby, last year alone we saw an increase of 11% in player numbers and that shows with the continued expansion of this competition.

“It is great to see the hard work being done at grass roots level to grow the game result in more provincial unions entering the Farah Palmer Cup.

“This competition is a real stepping stone for players with aspirations to play in the black jersey,” said Sexton.

Counties Manukau had a breakthrough season in 2016, claiming their first ever women’s provincial title with a dominant victory over Auckland in the final.

They both will be joined by Canterbury, Wellington, Manawatu and Waikato battling for the Farah Palmer Cup in the premiership division.

North Harbour, Otago, Bay of Plenty, Hawke’s Bay and Tasman make up the championship division with the winning side gaining promotion for the following season.

Teams play each team in their division once, and have two crossover matches.

The competition kicks off with cross over round, a local derby between Hawke’s Bay and Wellington, Bay of Plenty hosting Auckland, Tasman up against Waikato and Counties Manukau going up against North Harbour.

Auckland are the holders of the JJ Stewart Trophy, considered the Ranfurly Shield of women’s rugby.

The newly introduced Player of the Year medal, named after Black Ferns captain Fiao’o Fa’amausili will be up for grabs this season.

A season-points system will be in place, with match officials picking their players of the match, with three points, two points and one point for the game’s top three performers.  The winner will be the player sitting at the top of chart and will not be revealed until the ASB Rugby Awards on December 14th.

Two players are set to reach special milestones in the 2017 season of an unprecedented 100 women’s provincial championship matches. Auckland’s Emma Jensen currently has 98 competition caps (24 for Waikato and 74 for Auckland Storm) while her team mate Fiao’o Fa’amausili has 97 caps for the Storm.

Competition finals
The Farah Palmer Cup Premiership and Championship Finals will be played in the last weekend of October. 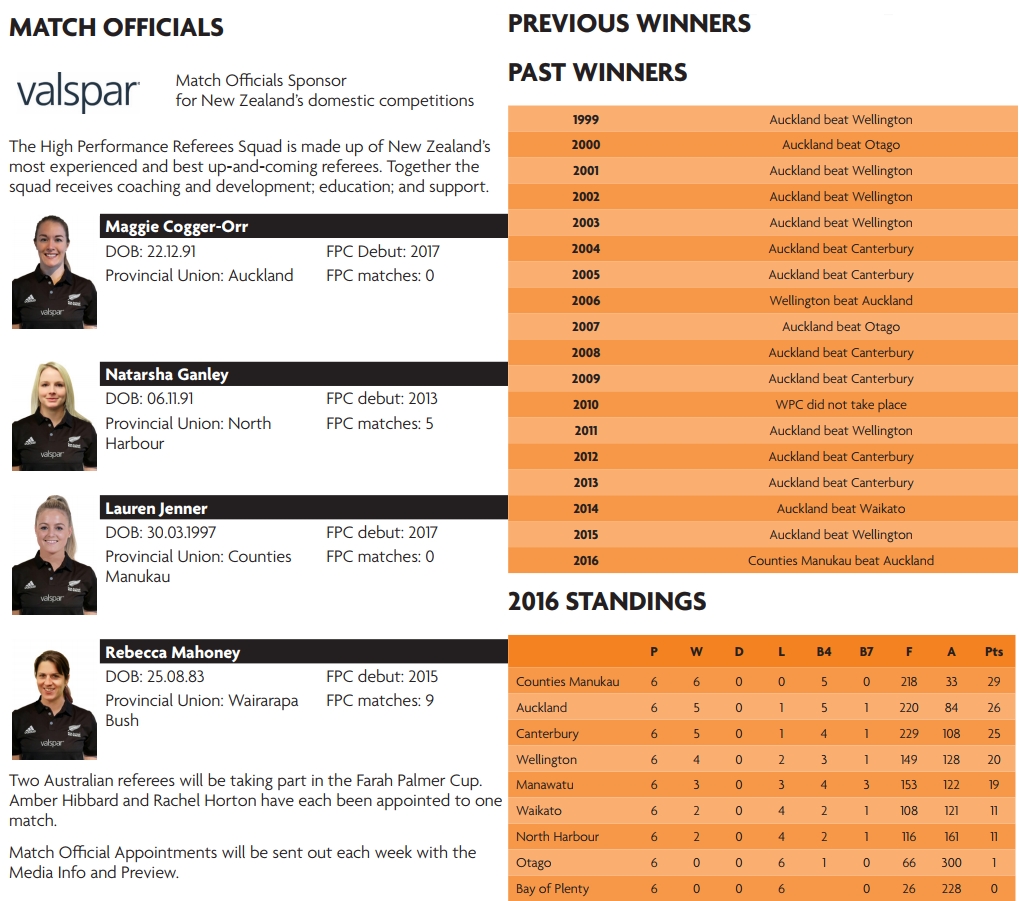