After an exciting weekend of semifinal action, the 2017 finalists have been confirmed across the Mitre 10 Cup, Farah Palmer Cup and Mitre 10 Heartland Championship.

Canterbury will get the chance to defend their Premiership title at home next week and once again host Tasman in the final.

Canterbury were too strong for North Harbour in their semifinal, winning 35-24 at home. Tasman upset the table-topping Taranki with a thrilling 30-29 victory in New Plymouth.

On Friday night Wellington confirmed they will host the Championship final with a classy 49-21 victory over Northland. They will host Bay of Plenty who beat Otago 48-32 at Tauranga Domain in the other semifinal earlier this afternoon.

In the Farah Palmer Cup, Counties Manukau Heat secured home advantage for next week’s Premiership final with a tense 22-17 semifinal win over Auckland Storm. The Heat will defend their title against Canterbury, who finished strongly over Waikato to record a 60-26 win in the other semifinal.

The Bay of Plenty Volcanix had the weekend off, courtesy of finishing top of the championship table and will host Otago Spirit in the final. The Spirit held off North Harbour Hibiscus 39-12 in Dunedin this afternoon.

Horowhenua Kapiti is set to host the 2017 Meads Cup final in the Heartland Championship, a late penalty securing a 18-17 victory over Buller in their semifinal today. They will come up against defending champions, Wanganui, who beat South Canterbury 29-24 in the other semifinal.

Mid Canterbury were dominant in their 56-22 victory over Poverty Bay and will host the Lochore Cup final next weekend. They will come up against West Coast who beat North Otago 24-14 to progress to the final. 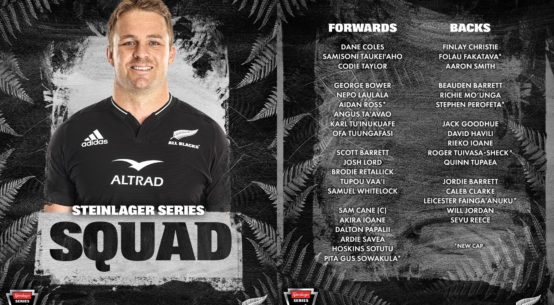