Wanganui will get a shot at their sixth Meads Cup crown after they proved too tough for South Canterbury.

The defending champions toppled the top seeds 29-24 and will face Horowhenua Kapiti, who beat Buller 18-17, courtesy of a last gasp penalty to first five James So’oialo.

In fact So’oialo’s six penalties proved too much for Buller, who managed to score two late tries.

Underdogs Wanganui came out with plenty of bite in Timaru.

After 30 minutes they led 13-3 and could have been 17 points ahead but poor pass cost them with a two-on-one overlap.

Instead South Canterbury scored from their own goal line with a brilliant attack that saw halfback Willie Wright go in under the posts and then convert to make it 13-10.

Just before the break a turnover on halfway however cost South Canterbury and Wanganui’s powerful No.8 Bryn Hudson burst free inside the 22 to score and make the margin 10 points at the break.

South Canterbury however struck straight back in somewhat bizarre circumstances after the break.

Wright’s attempted penalty bent away from the left hand upright and ball bananaed on the bounce for the chasing second five Kevin Moore to score, and the margin was down to 20-17.

Two penalties to Nick Harding put Wanganui further out before Wright broke the defence and an inside p found hooker Marac Beckham and South Canterbury had a sniff at 28-26.

Wanganui were then a bit stiff to have two tries disallowed, the second seemed a certainty, but the referee and his assistant were unsighted.

The defending champions then added a further penalty meaning South Canterbury needed a try in the final four minutes but despite giving the ball plenty of air Wanganui held on for a deserved win.

For Wanganui Hudson was superb, halfback Lindsay Horrocks and first five Dane Whale played very well, while wing Cameron Crowley was dangerous when he had ball in hand.

South Canterbury’s best were hardworking lock Luke Brice and Wright, while Moore made a good impression when he came on in the second half.

In Levin, surprise package Horowhenua Kapiti made it through to the final after finishing ninth in 2016.

Buller thought they had the game in the bag when they scored a converted try to lead 17-15 with 42 minutes of the second half showing on the clock.

It was however play-on for a further five minutes and then Buller charged down a late attempted drop goal and again thought they were home.

However on the assistant’s call the referee awarded a penalty for off side and So’oialo slotted the easiest of the six goals he landed to steal the win.

For Horowhenua Kapiti So’oialo was outstanding, while No.8 Tyson Maki had a big game, along with fellow forwards William Lander and Robin Praaat.

The final in Levin will be a big game as Wanganui have claimed Meads Cup five times since 2006, while Horowhenua Kapiti have never had any silverware in the Heartland Championship.

Mid Canterbury thrashed Poverty Bay 56-22 in Ashburton, with Willie McGoon scoring a hat trick, while Coasters got past North Otago 24-14 in Greymouth. 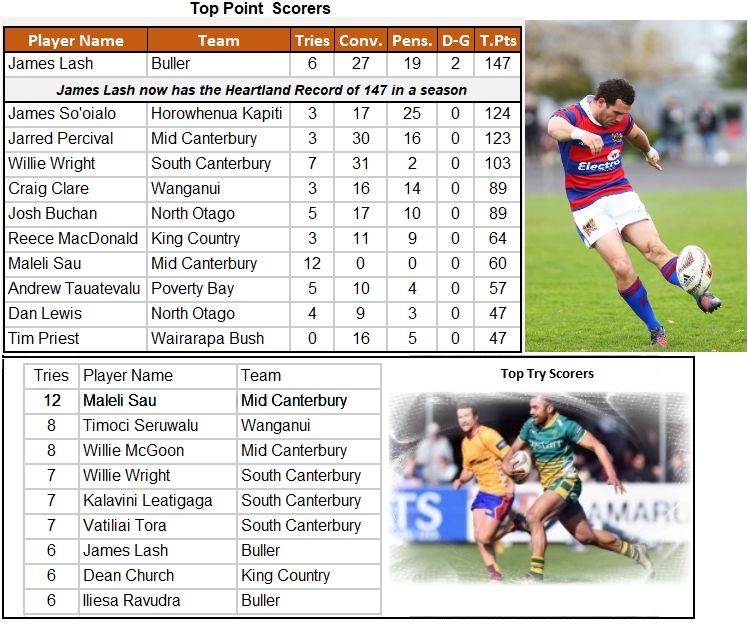 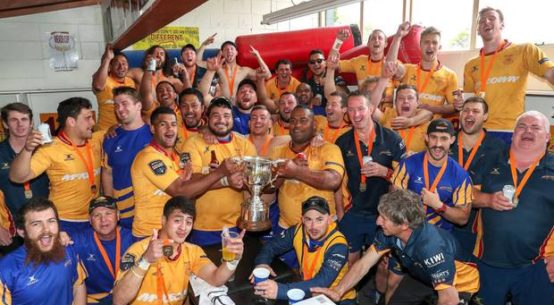