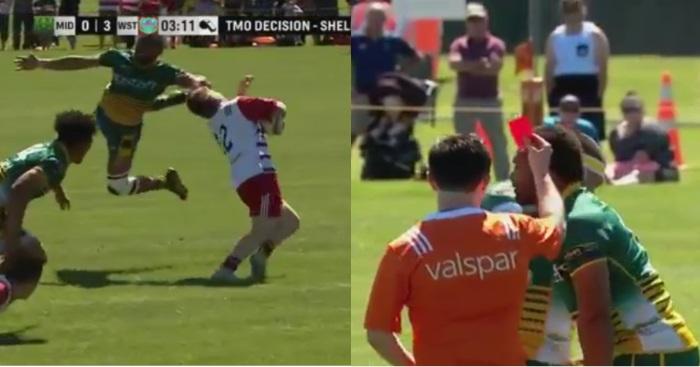 Mid Canterbury fullback Maleli Sau has been suspended from all rugby for three weeks after receiving a red card for a dangerous tackle in the Heartland Championship Lochore Cup Final in Methven on Sunday 29 October.

Sau was red carded for a dangerous tackle (law 10.4e) in the third minute of the match. Mid Canterbury won the Final 47-15.

New Zealand Rugby Duty Judicial Officer Nigel Hampton QC said while the tackle was reactive, rather than premeditated, Sau still made direct contact with the head of the opposition player and therefore is a mid-range offence.

Mr Hampton said Sau’s responsibility, remorse, a clean judicial record and the loss of playing almost the entire Final qualified for a reduction in the suspension from a starting point of six weeks, to three weeks.
Sau will miss his next three scheduled matches, the first of which is the New Zealand Heartland XV match on Saturday 4 November.