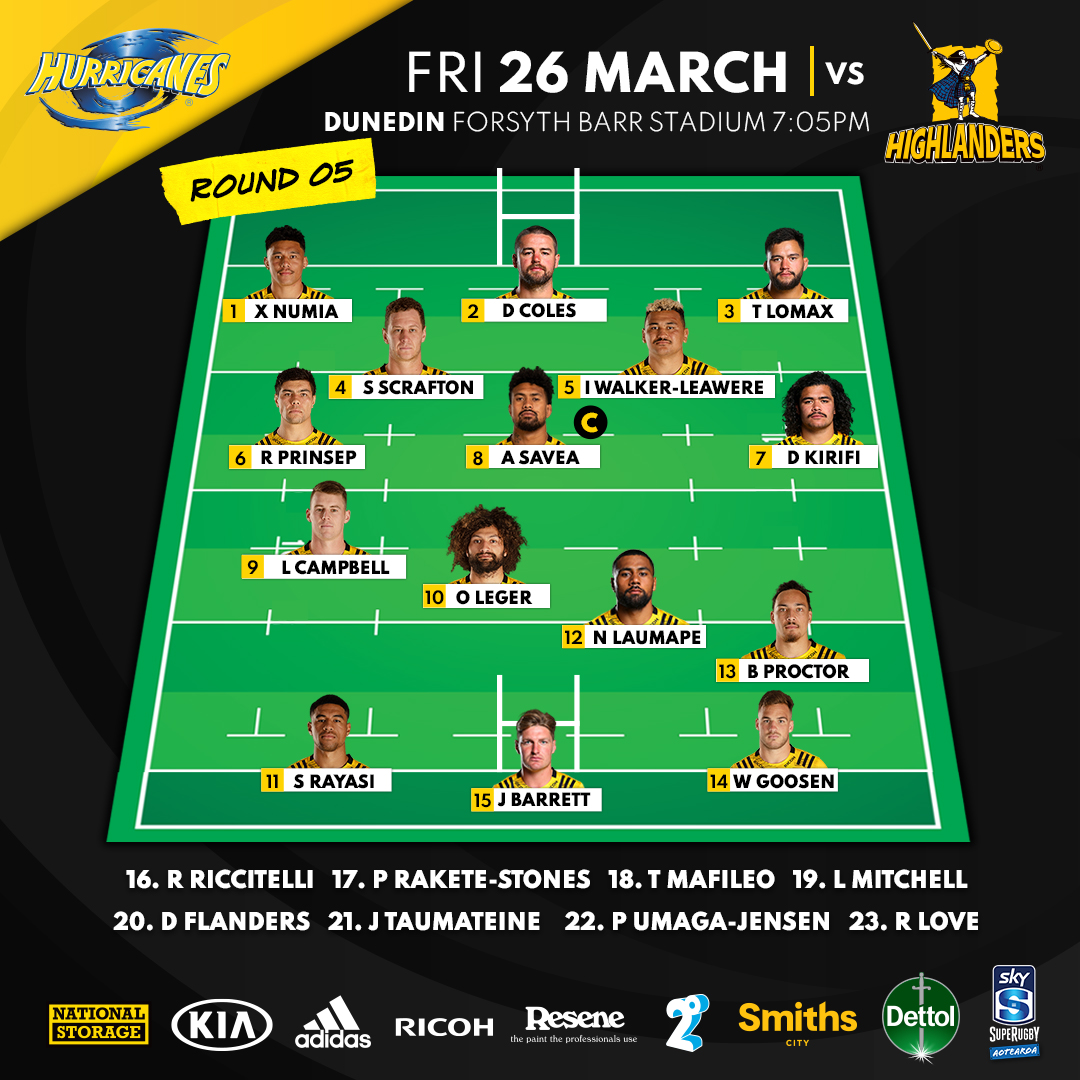 Hurricanes centurion and former captain Dane Coles will return to the starting line-up for Friday night’s Sky Super Rugby Aotearoa match against the Highlanders in Dunedin.

Coles, who has missed the opening four rounds of the competition because of a calf strain, got through 25 minutes of the Hurricanes Hunters match last weekend before joining the squad in a support role at Sky Stadium in their 35-29 loss to the Chiefs last Saturday night.

His return is one of three changes head coach Jason Holland has made to the starting XV for the round five match as the Hurricanes go south in search of their first win to kick-start their campaign.

Experienced lock Scott Scrafton returns from an ankle injury to start in the second row in place of James Blackwell while Wes Goosen will be back on the right wing in place of Julian Savea.

Left wing Salesi Rayasi has been named for his second start of the season after he scored two tries and impressed with his all-round work last weekend.

The bench remains largely unchanged, although there could be a potential debut for utility back and former New Zealand Age-Group representative Ruben Love.

Love impressed during the pre-season and Holland was delighted the teenager could get an opportunity under the roof in Dunedin in what promises to be an exciting match.

“We have both ends of the spectrum with Dane coming back in and Ruben potentially getting his first run which he has earned with the work he has done through the campaign,” Holland says.

“The squad came together in a positive frame of mind following last Saturday’s disappointing loss to the Chiefs and we collectively think we are not far away from getting things right. Despite the loss, we have taken some positives out of the match, especially from how we performed in the first half and we learnt from what went wrong in the second half.”

The Hurricanes squad to face the Highlanders is: 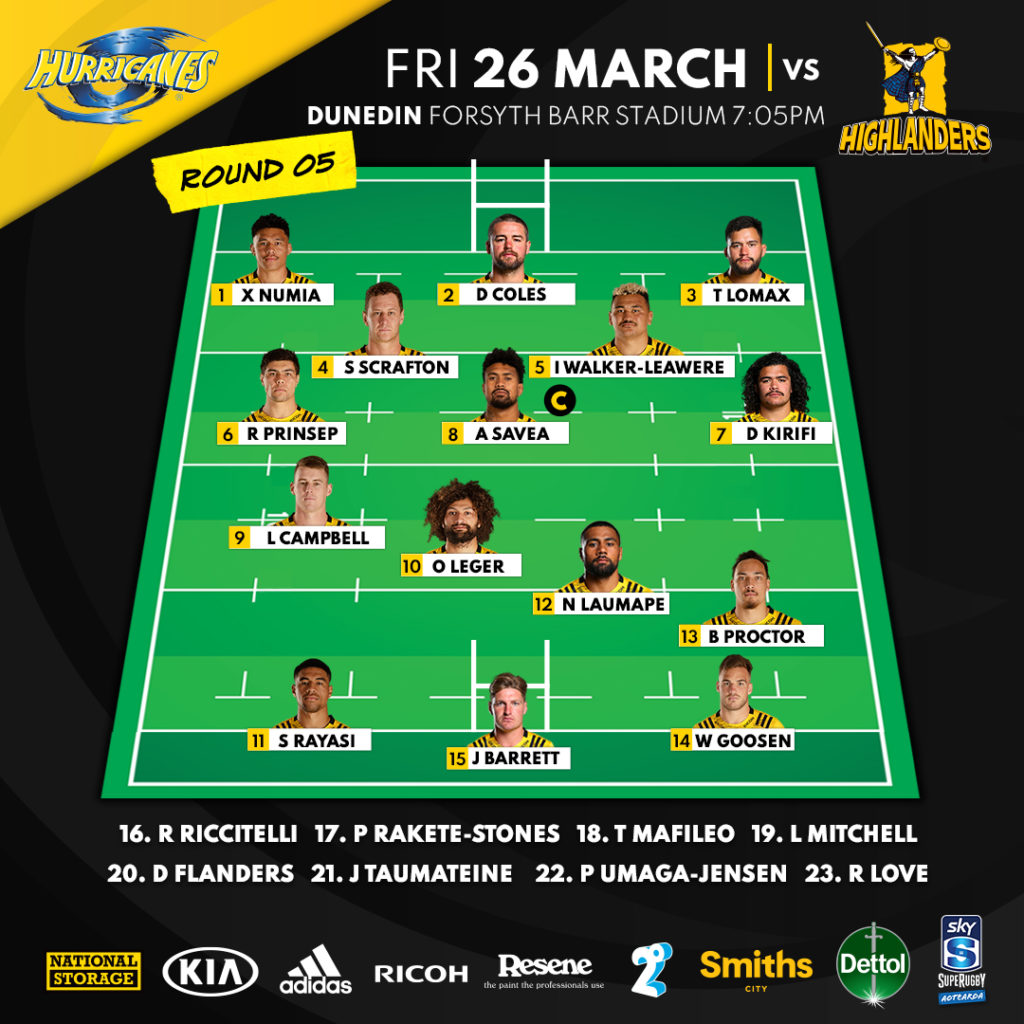