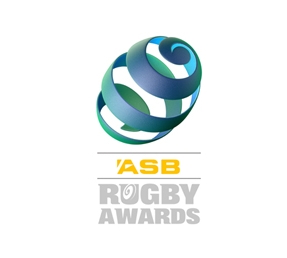 Champion teams the Black Ferns, New Zealand Under 20, and the Crusaders, have been nominated for Team of the Year at New Zealand’s biggest celebration of rugby, the 2017 ASB Rugby Awards.

The Head Coaches from all three champion teams – Glenn Moore (Black Ferns), Scott Robertson (Crusaders) and Craig Philpott (New Zealand Under 20) – have also been shortlisted for Coach of the Year – marking remarkable seasons.  It was Moore’s first World Cup campaign and only his second year with the Black Ferns, while Robertson and Philpott led their first campaigns this year.

New Zealand Rugby (NZR) Chief Executive Steve Tew welcomed the nominations as a wonderful celebration of rugby across the spectrum of the game.

“New Zealand rugby teams are in internationally dominant form – with the Black Ferns, Black Ferns Sevens, New Zealand Under 20 and All Blacks all retaining their No 1 world ranking.  The Black Ferns, despite some challenges, won a World Cup against very strong opposition, while the Crusaders achieved a very rare championship win playing abroad.

“These awards are always a great celebration of all rugby in New Zealand – where we recognise the best of our volunteers, and the best of our provincial rugby, alongside the best of our world champions.  We have again been able to involve fans in the process with the support of SKY TV for the Fans Try of the Year.”

ASB chief executive Barbara Chapman said the ASB New Zealand Rugby Awards is a big night in New Zealand sport where local rugby legends and referees are recognised alongside some of our most successful international players and coaches.
“We are proud to be involved in celebrating the best of our nation’s rugby community, from the elite to the community level. We welcome the opportunity to work alongside rugby, supporting its development and rewarding talent at all levels of the game,” Ms Chapman said.

This year’s awards event sees the introduction of a brand new category to celebrate the Farah Palmer Cup player of the year. That player will be awarded the newly created Fiao’o Fa’amausili Medal, named after the veteran Black Ferns captain and Auckland centurion who announced her retirement this year.

Meanwhile, Waikato stalwart and provincial rugby hero Duane Monkley will forever be tied to the national provincial championship with the introduction of the Duane Monkley Medal for the top Mitre 10 Cup player.

Counties Manukau’s Hazel Tubic, Otago’s Morgan Henderson and Manawatu’s Selica Winiata have been nominated for the Fiao’o Fa’amausili Medal while new and old All Blacks make up the nominees for the Duane Monkley Medal – 2017 All Black debutants Asafo Aumua (Wellington) and Jack Goodhue (Northland) up against former All Blacks boot Mike Delany (Bay of Plenty).

This year’s age grade player of the year will come from the World Cup winning Under 20 side with All Blacks bolter Asafo Aumua, Braydon Ennor, and Will Jordan named the contenders.

In Sevens, legend of the short form game DJ Forbes, has been nominated for the Richard Crawshaw Memorial Award along with Vilimoni Koroi and Regan Ware, while Ruby Tui, Tyla Nathan-Wong and Portia Woodman will vie for the award recognising the best of the Black Ferns Sevens in 2017.

The Tom French Memorial Maori Player of the year will be decided between Rieko Ioane, Charlie Ngatai, and Liam Squire. Other awards to be announced on the night will be the New Zealand Rugby Players Association’s David Kirk Award and the Steinlager Salver Award recognising an outstanding contribution to rugby.

All award winners will be announced at the ASB Rugby Awards to be held at SKY City Convention Centre, in Auckland on Thursday 14 December 2017.  Follow the results as they happen on SKY TV’s live broadcast and follow @allblacks on Twitter.

The New Zealand nominations follows success at the World Rugby Awards in Monte Carlo this week where Portia Woodman and Beauden Barrett were named Players of the Year.  The awards also crowned the Black Ferns as the world Team of the Year, Black Ferns Sevens star Michaela Blyde was named Women’s Sevens player of the year and All Blacks wing Rieko Ioane was named Breakthrough player of the year.

The Maori Sports Award winners will be announced on 2 December.