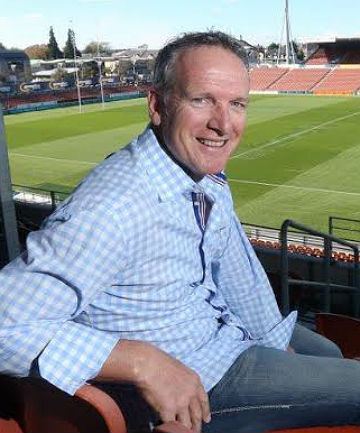 “Paul is a great addition to our refereeing staff and has already shown great value in the work he has already been doing in developing our female referees.  As New Zealand’s most capped Test referee, with 46 caps, he brings invaluable experience at that level and we can’t wait to get him working alongside our current group of referees,” said Lawrence.

In his role, Peters will oversee talent identification, development programmes and sevens refereeing.

“This is a crucial area of work for New Zealand Rugby as we look to recruit more people under our #beinthegame campaign, to stay involved in the game by picking up the whistle and then having the best talent identification and development programmes to bring the best from the community game through to high performance.

“Matt brings a broad knowledge to this role with experience as a player, coach, first class referee and educator.

“We believe that as a group our referee staff is going to be extremely well placed to support the refereeing community with their development and at all levels of the game,” Lawrence said.

Competition season underway for the Wellington U19s this weekend