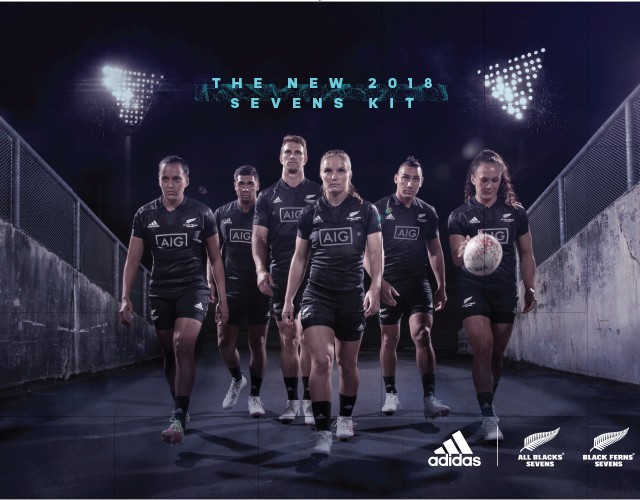 Just two weeks out crowning the next world champions in sevens rugby, fans will be now able to show their support with new All Blacks Sevens and Black Ferns Sevens jerseys.

It is the first time Black Ferns Sevens jerseys have been made available for purchase, a nod to the international success of the team and their growing fan base.

The Dark Energy jersey designs see the latest technology aligned with a sleek new design, featuring the team crests and energized ferns throughout the jersey.

New Zealand Rugby Head of Sponsorship Megan Compain said having both jerseys available for sale was great for fans of Sevens.

“It’s been a big year for both our sevens teams, no one will forget their heroics at the Commonwealth Games, bringing home double gold after exceptional campaigns.

“It is fantastic to see the success of the Black Ferns Sevens being recognised with their jerseys been made available for public sale for the first time and we expect they will be a popular item.

“We know the teams are working hard as they prepare to defend their World Cup crowns, so having the public able to show their support with these new jerseys is great,” said Compain.

“We’ve made many technical and visual changes to the new Sevens range for both teams which will benefit each athlete and their ability to deliver what they need to on the field. From lightweight fabric through to minimal seams and refined bands, each design change is aimed to help players preform to their best on what is arguably the biggest stage that they will face in their athletic career,” said Bleakley.

Jerseys are available for purchase online at allblackshop.com and selected retail outlets.