The Black Ferns will play eight Test matches in 2020 – including seven at home – giving fans around New Zealand more opportunities than ever to cheer on the women in black.

On 18 July, Dunedin’s Forsyth Barr Stadium will host Black Ferns V USA, in a double-header match that includes the All Blacks playing Scotland.

In August the O’Reilly Cup (formerly the Laurie O’Reilly Memorial Trophy) Tests will see the Black Ferns play Australia at Marvel Stadium in Melbourne (8 August), and at Sky Stadium in Wellington (15 August,). Both Trans-Tasman Tests will be double-header events including the All Blacks contesting the Bledisloe Cup.

Confirmation of the further five Black Ferns Test matches including venues, locations and kick-off times will be announced in coming weeks.

New Zealand Rugby’s Head of Women’s Rugby, Cate Sexton said the eight-match Test schedule was unprecedented for Black Ferns fans in New Zealand, and gave them a taste of what to expect in 2021.

“This is an extra special year for local fans because in the past most Black Ferns Test matches have been played overseas.

“We’ve seen a massive groundswell of support for the team from around New Zealand in recent times, and this year fans have more opportunities than ever before to cheer on the Black Ferns in person.”

Sexton said while agreements for the other five Test matches were still being finalised they would be standalone matches at venues around the country.

Black Ferns Head Coach Glenn Moore said he and his selectors had assembled the top talent from around New Zealand to build depth in the squad ahead of 2021.

“Every year the standard of rugby, not just here, but around the world, is growing and we need to be ahead of the game.

“In the past couple of years we’ve widened our player pool, introduced new athletes to the Black Ferns environment, and given them Test match exposure. In 2021 we will be able to draw on a stronger, experienced and match-fit group of players.”

Moore said the newly contracted players were all young and talented and had impressed with their work ethic and skill.

With 18 months until Rugby World Cup 2021 the competition for black jersey selection was ramping up.

“This is a crunch year for us. We need constant high-level competition to ensure the team is in top form for next year. An eight-Test match schedule, more regular training camps, and the added bonus of playing in front of family and friends is massive motivation for everyone. It’s shaping up to be a big year for everyone involved in the Black Ferns.”

The first Black Ferns Test squad for 2020 will be named closer to the first matches. 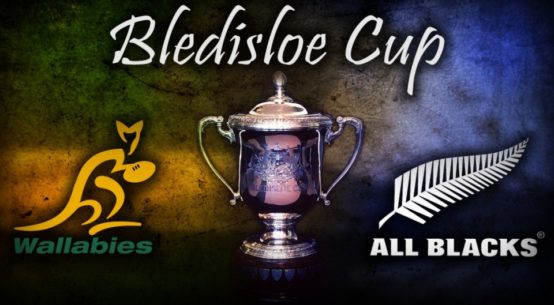 All Blacks vs Wallabies: John Plumtree rules out ‘wholesale’ changes for Perth