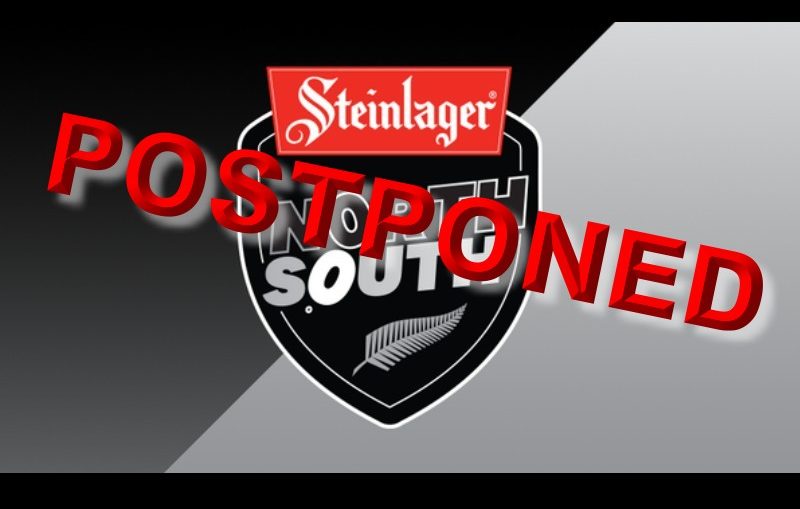 The Steinlager North v South match is to be postponed for a week, New Zealand Rugby (NZR) has announced. The North and South squads were due to assemble in Wellington on Monday to prepare for the match, with contingency plans underway to play the game at SKY Stadium in Wellington on