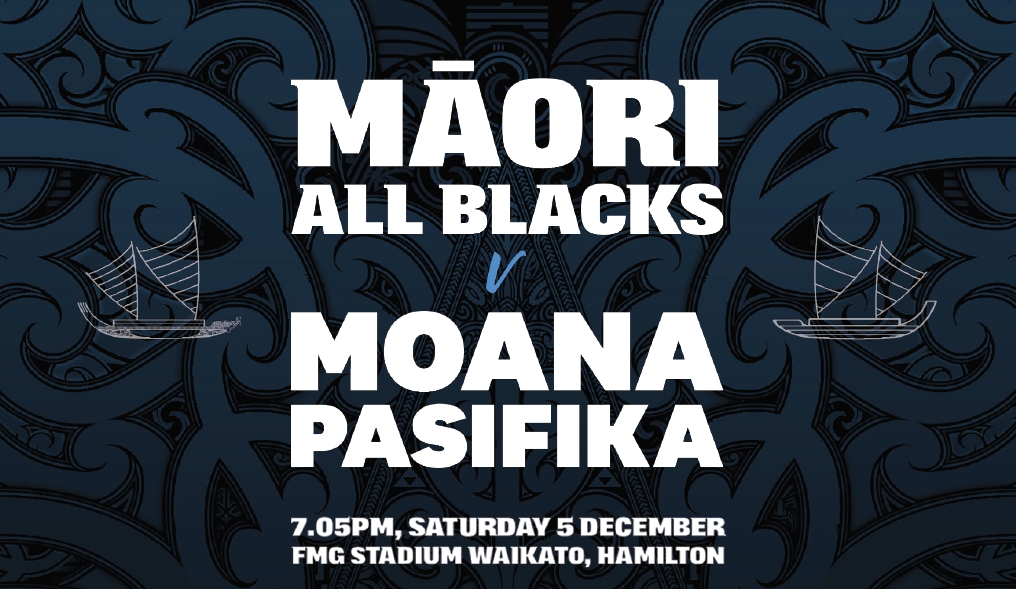 Hawke’s Bay and Highlanders hooker Ash Dixon (Ngāti Tahinga) will captain the side against Moana Pasifika on Saturday, 5 December with the match live and exclusive on Sky Sport, kicking off at 7.05pm.

The Māori All Blacks squad features an injection of youth around a core of experience and will also benefit from the knowledge of Highlanders Head Coach Tony Brown (Ngāpuhi), who has been announced as an Assistant Coach alongside Roger Randle (Ngāti Awa).

One player will be added to the Māori All Blacks squad in coming days.

“It’s an exciting group and the eight new caps bring some genuine excitement and energy to the squad,” McMillan said. “There is a new generation of Māori players coming through, but also there are some great leaders around them with a vast amount of experience.”

That experience includes captain Dixon, who has been inspirational in leading Hawke’s Bay to this weekend’s Mitre 10 Cup Championship final, as well as former All Black Liam Messam (36), who will play his first match for the Māori All Blacks since facing the British & Irish Lions in Rotorua in 2017, and Otago prop Josh Hohneck (Ngāti Manuhiri/Ngāti Whātua) who last wore the Māori jersey in 2015.

“It’s great to have the mana of players like Liam and Josh back in the playing group and likewise Tony Brown brings a huge amount of knowledge to our coaching team, and also passion as someone who has worn the Māori All Blacks jersey.”

Dixon said the match against Moana Pasifika would be a special occasion.

“This year has been challenging for a lot of people across our communities in New Zealand and to have the chance to represent the Māori All Blacks in the heart of Waikato-Tainui and the Kingitanga for the only time in 2020 will be a huge honour for us as players, our whānau and our iwi.

“It will be a celebration and connection of culture in Hamilton, but we know Moana Pasifika is a talented, passionate and physical opponent so expect there will be a real edge in both camps.”

The Māori All Blacks squad is (with Province, Super Rugby Club, and Iwi):