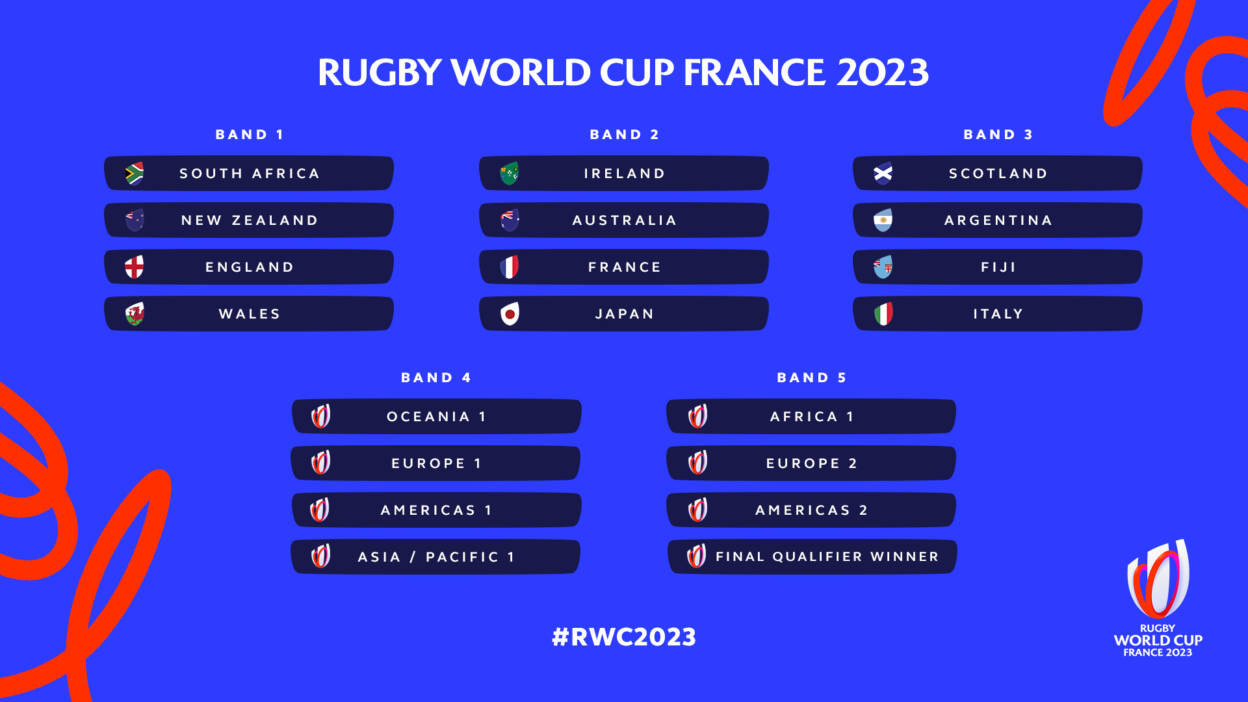 The All Blacks will play France, Italy and two yet-to-be-determined qualifiers in Pool Play at Rugby World Cup 2023 in France.

The draw was held in Paris overnight, with New Zealand drawn alongside hosts France, Italy, Americas 1 and Africa 1 in Pool A. The All Blacks have played France seven times at RWCs, the most of any country, and Italy five times, with the 2019 fixture cancelled.

The Americas 1 winner will come from a play off series between the 2021 Rugby Americas North champion and 2021 Sudamerica Rugby champion. Africa 1 will be the winner of the 2022 Rugby Africa Cup.

As with previous Rugby World Cups, the tournament will feature 20 teams divided into four pools of five teams.
Twelve teams have already qualified – the top three teams from each of the four pools at the 2019 World Cup – and were seeded into three bands based on their position in the World Rugby rankings at the start of this year.

The 2023 RWC will take place from 8 September to 21 October at nine venues.

The All Blacks have won the Rugby World Cup three times: the inaugural competition in 1987 and back-to-back titles in 2011 and 2015. 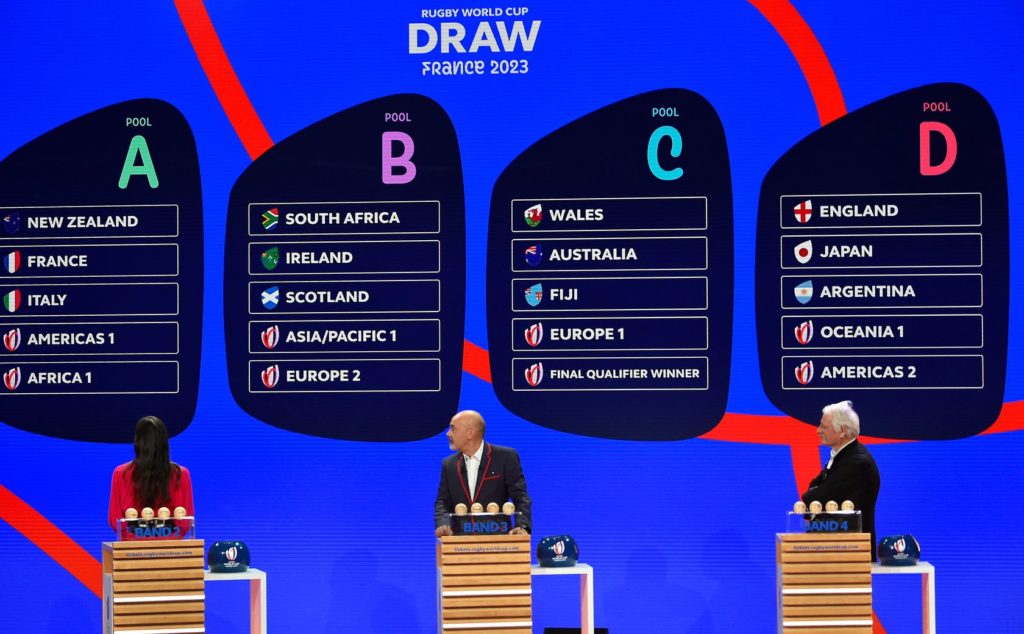