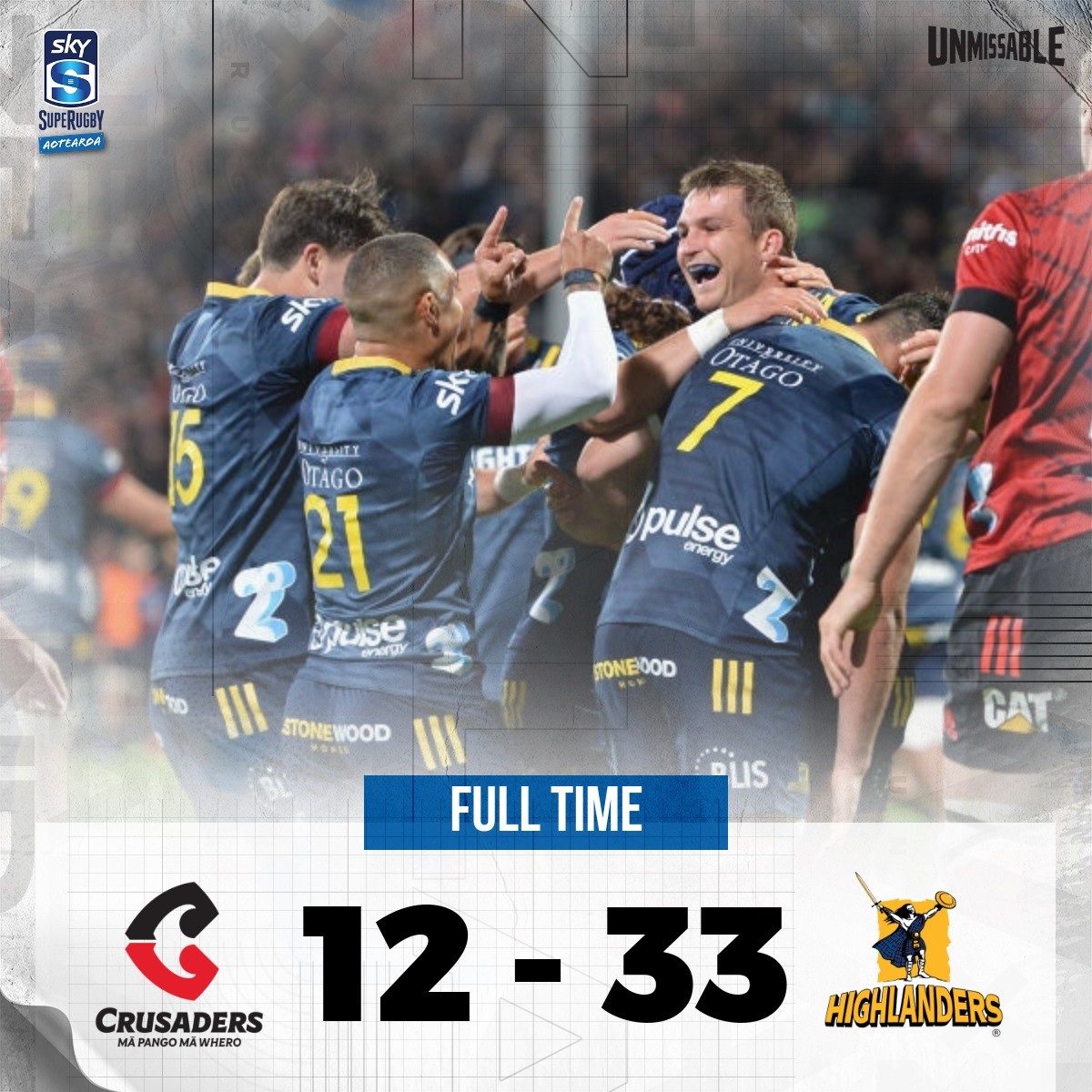 The Highlanders have stunned the Crusaders tonight at Orangetheory Stadium, running away with a 33-12 upset that only the most ardent of their fans could have seen coming.

It came after a week of off-field drama that saw coach Tony Brown stand down six players, however every single one of the Highlanders that ended up taking the field put in massive shifts that contributed to the win.

The signs that it was going to be the Highlanders’ night came early. Folau Fakatava was in imperious form, getting a start at halfback over Aaron Smith, moving his forwards around the park and setting up a couple of very well taken penalty goal attempts by Mitch Hunt. The former Crusaders first five, who was returning to the ground where he kicked a stunning dropped goal to beat the Highlanders in 2017, had the ball on a string from start to finish and more than made up for the absence of Josh Ioane.

Japanese test number eight Kazuki Himeno scored a couple of crucial turnovers in the first half as well, before a break from Fakatava led to Billy Harmon crashing over in the corner for the game’s first try. In contrast the Crusaders couldn’t get anything going until after the halftime hooter sounded and Codie Taylor managed to muscle over and get them on the board.

Everyone was expecting the Crusaders to come out firing in the second half, however the Highlanders’ defensive effort intensified even more. Hunt banged over another three points before a couple of bad errors handed Michael Collins a crucial try, first David Havili throwing a pass to no one that Collins hacked through, then Will Jordan failed to kick to touch and the Highlanders used the opportunity to send their midfielder over.

Havili got one back for the hosts with 10 minutes to go, but by now it was clear that it was going to be the Highlanders’ night. Connor Garden-Bachop, who was outstanding alongside his outside back partners Jona Nareki and Scott Gregory, pounced on another Jordan error to clinch a record scoreline for the Highlanders over the Crusaders.

Hunt finished with 18 points off the boot and Tony Brown was an exceptionally happy and vindicated man after the tough selection calls he had to make midweek. The win breathes life into their campaign as they head home to take on the Chiefs next weekend. The Crusaders go to Wellington to face the Hurricanes in their next match.