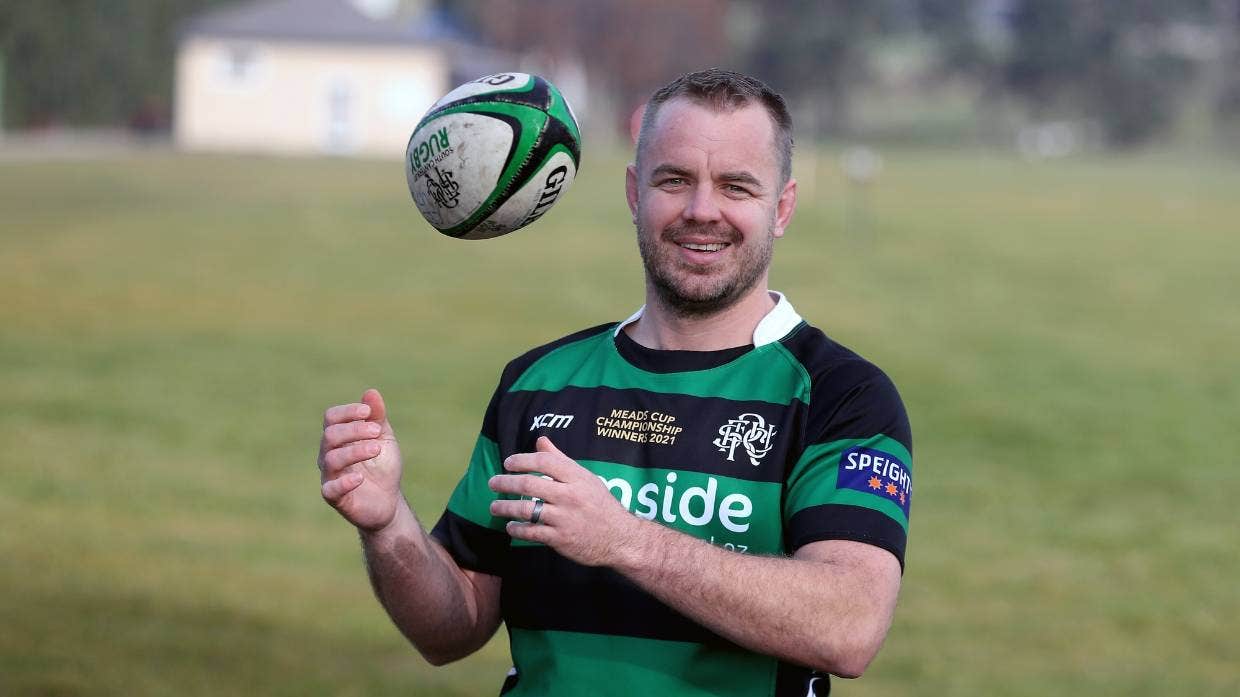 (Above: Nick Strachan’s 100th game for South Canterbury will be a Ranfurly Shield challenge against Hawke’s Bay.)

Nick Strachan will celebrate his 100th rugby game for South Canterbury in style with a Ranfurly Shield challenge against Hawke’s Bay.

Strachan will become the province’s 14th rugby centurion in their 134-year-old history when the ‘Green and Blacks’ run onto Mclean Park in Napier on June 29.

It will be South Canterbury’s first challenge in 16 years, since being beaten 80-15 by Canterbury at home in Timaru.

Strachan has also been confirmed as captain.

The 33-year-old loose forward played his first provincial game in 2010 against Thames Valley and said he was ‘’stoked’’ to reach the milestone and the shield challenge would also make it ‘’pretty special’’.

“It’s a rare occasion to get a challenge and the first time I’ve faced a first division side, so it is a once in a lifetime opportunity.’’

The 2021 win in the Mead’s Cup final of the Heartland Championship for the first time gave South Canterbury the right to challenge for the shield.

Strachan would like the class of 2022 to join the legendary 1974 and 1950 teams that brought the shield home to South Canterbury.

“That’s certainly the aim, we would love to lift the shield.”

Strachan the team had been training hard and was hoping a surprise was in the offing.

“It would be something, especially being a Heartland team.”

Strachan said there had been many special moments over the years and the two that stood out in his 13-year rep career were winning the Meads Cup and playing a rep season with his brother Hamish.

“The Meads Cup kept eluding us, so I wondered if we would get there and playing with Hamish was great.

“That’s along with all the friendships I’ve made along the way. It’s been pretty cool.”

Strachan said he wasn’t even sure that he would reach 100 games with a niggling knee injury over the past four years along with the Covid-19 disruptions.

“I need to chuck in a big thank-you to my physio Geoff (Thompson) for all the great work to keep me going over the last few years.”

Strachan also acknowledged others who had a hand in helping him along the way including, coaches, managers and his team-mates.

“It’s a team game and everyone contributes.”

Strachan said the biggest sacrifice wasn’t his, but his wife Aimee who looked after their children Ayla, 7, Beau, 5, and Colby, 3, while he trained, played and went away.

The loose forward said he also learned a lot from his predecessor Eric Smith.

“Eric was great when I first got in the rep side and showed me a lot.”

As for opponents, he rated Whanganui legend Peter Rowe as the toughest he has come up against.

“Wanganui was always the big game (due to their success) but North Otago and Mid Canterbury were never easy.”

Strachan said his longevity was also a case of developing his game over the years.

“I guess I transformed, when I started playing senior rugby I was pretty slight.”

“Nick’s a great leader on and off the field. He leads from the front and gives 100% no matter what.

“He not a flashy player but a great organiser and knows what should be happening around him. Nick won’t let you down.”

Strachan, who also has four first class appearances for the New Zealand Heartland team, played his 100th first class rugby game in a 43-22 Heartland win over Mid-Canterbury in 2021.

Strachan started playing rugby as an 8-year-old for his father Neil’s club, Old Boys, but switched a year later to Celtic and hasn’t looked back.

Since then he has racked up 205 senior games for the Celtic, including 10 Hamersley Cup final wins, with six as captain.