Grey Valley will attempt to create history on Saturday when they face Kiwi in the West Coast Rugby Union 2014 club championship final at Cass Square, Hokitika.

It will be the second time in the club’s 34-year history that it has contested the final, but as yet it has not laid hands on the Taylorville-Wallsend Cup.

It is fitting that Grey Valley and Kiwi will contest the final because they are the form teams of the season and earned the right by winning their semi-finals at the weekend; Kiwi beating Marist 27-19 on a boggy Cass Square, while Grey Valley, on an equally boggy field at Ikamatua, accounted for Blaketown, 14-0.

Kiwi raced through the New Forrest Cup competition unbeaten, downing valley 39-21 in the process. Then, Grey Valley roared to life in the Muir Trophy competition, completing that without defeat, beating Kiwi 16-10 along the way.
The final will be played at Cass Square because Kiwi, as top qualifier, exercised their right to demand that they host the big match.

Grey Valley player-coach Tere Wycliffe had hoped the match would be on neutral territory at Rugby Park, Greymouth, but West Coast Rugby Union chief executive Mike Connors said the club delegates set the format at the start of the season and the union was now stuck with it.

On Saturday, Cass Square was lashed with heavy rain and dotted with deep puddles but Kiwi still threw the ball around, entrusting their talented backs to master the conditions.

With Marist leading 14-5 at half-time it looked like that plan was going to backfire, however with first-five Dan Tauwhare in superb touch, the tactic paid dividends in the second spell, the blues adding a further 22 points before Marist again got on the scoreboard.

The hard-working packs were evenly matched, effectively cancelling each other out, but Kiwi’s backs especially Tauwhare, Sean McClure, Mitchell Brown, Nick Muir and Peter Te Rakau were full of running and much more threatening than their opposites.

Marist first-five Nathan Smith again showed his class, while halfback Melali Mudu was a constant threat with his probing runs from the base of the scrum.

Marist struck first with a charge-down try and a penalty to Smith to take an 8-0 lead, but McClure cut it back to 8-5 with a fine team try before two more Smith penalties gave Marist a deserved 14-5 lead at the break.

A hefty penalty count in their favour had aided the greens in the first spell, but soon after the restart Jeremy Muir was over for Kiwi and McClure’s conversion made it 14-12. The home team’s adventurous attitude was finally rewarded when the ball was spun wide from a clearing kick and Te Rakau crossed in the corner to put his side up 17-14.

Further tries to McLure and L Wilson carried the home team to an unbeatable 27-14 lead although Marist had the final say when Gabriel Waipouri crossed late in the match.

“We wanted it like that, mud is a great leveller but Blaketown put up a hard fight. They wanted it as much as us,” Wycliffe said.

“Dave Crouchley was our man of the match for a powerful performance at prop in the first half and hooker in the second, but the whole team rose to the occasion.”

Blaketown, with the old guard of Nik Davy, Alan Monk, Brad Houston and Phil and Robert Thompson to the fore, were rueing two missed penaltles in an even first half.

Priest, however, was on target with his first penalty, and Sammy Junior’s try in the dying seconds of the first spell put his team up 8-0. Two further second-half penalties to Priest completed the scoring. 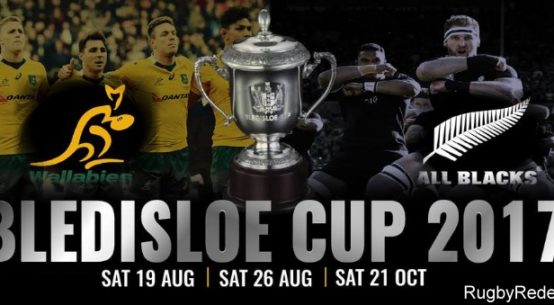