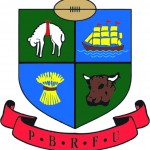 POVERTY Bay coach Mutu Ngarimu has named a 33-man squad to attend a training camp this weekend — from which 22 players will be picked to play Wairarapa Bush at Masterton in the first of two pre-Heartland Championship rugby games on August 9.

Ngatapa have the biggest representation with nine players, followed by Lee Bros Shield winners Pirates and YMP, both with six players.

Former Maori All Black forward Ngarimu — in his second season in charge of the Bay — has included the Pirates loose trio of blindside flanker Corban Barbara, openside Donny Mill and No.8 Ken Houkamau, as well as first five-eighth TK Moeke, midfield back Caleb West and fullback Whakarae Henare.

Williams has come back from playing rugby in Australia and Ngarimu is keen to have a look at a player who can cover halfback, first five and fullback.

Houkamau made his debut for the Bay against Ngati Porou East Coast at Ruatoria in the Queen’s Birthday clash.

Barbara and Mill are newcomers to the Bay, although Mill has played for the Coast at this level.

“Donny has been one of the standout players of the season,” Ngarimu said.

“He plays with a lot of passion, but it’s controlled and he’s an intelligent footballer over the ball.

“Donny has matured a lot on and off the field and I’ve been impressed with him.”

Barbara is a glutton for work and is never afraid to put his body on the line. His support play has been a major factor in Pirates’ success this season.

Ngarimu said he would give local players first crack at cementing a place in the Heartland squad.

“I am also looking at loan players for key positions if we need them,” Ngarimu said.

“I’d prefer not to name the loan players until any deals are done but I am leaning towards players from here who have left the district.”

Ngarimu said that his assistant, former All Black winger Rico Gear, preferred to concentrate on coaching and would not play against Wairarapa.

“Rico has been on the big stage a long time and he’s really keen to give something back as a coach.”

Hooker Pari made his Heartland debut last year while playing for Senior 1 side Waikohu and has cemented his spot as first-choice hooker after wearing the green-and-white colours this season.

“Like Donny, Geoff plays with a passion that I like and he’s shown that you can make the step up from Senior 1,” Ngarimu said.

The return of Ngatapa’s Milne from minor knee surgery is a boost. Before his injury, Milne was in outstanding form and, while one man does not make a team, it was no coincidence that Ngatapa were not the same team without the midfield maestro.

“Some of the players in the training squad are there to gain experience and are work-ons but that’s not to say if they step up over the next two weeks they won’t be considered when I name my Heartland squad,” Ngarimu said.

Ngarimu said Tamatea, who has played most of his rugby this season as a loosie, had been picked primarily as a lock but was a player who could be used as a flanker.

“You can talk all you like about playing attractive rugby but it all starts up front, especially at Heartland level,” he said.

“I’m keen to start bedding down some places over the next two games, against Wairarapa on August 9 and Hawke’s Bay Development the week before the first Heartland game against Ngati Porou East Coast.”

Moeke and Wairoa Athletic’s Moss Doran combined in midfield when the Bay beat the Coast at Ruatoria in June but Ngarimu said Doran was also an option at first five, which would open the way for Milne to partner Moeke.

“It’s up to the players between now and the Heartland kick-off to show me how much they want to play for the jersey.”

OBM missed out on a top-four playoff spot but have four players in the squad. They include lock Murray Hewson, who captained the Bay to the win against the Coast. Hewson has had a standout season and is joined by teammates Travis Gooch, Puna Latu and Scott McKinley.

Despite making the shield final, HSOB have only three players — locks Jared Phelps and Mike Wilson and prop Russell Burns — in the training squad.

All three made valuable contributions to the side’s march to the final. Phelps, in particular, is a possible dark horse when Ngarimu names his Heartland squad.

Phelps and Wilson will be vying with Hewson and Tamatea for the locking positions while Burns is a seasoned front-row campaigner.