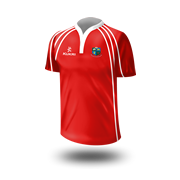 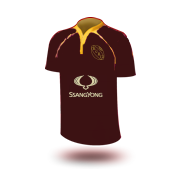 BRILLIANT BRYNN: Poverty Bay winger Brynn Uriarau leads the charge against King Country here at the weekend. Uriarau scored two tries and had a hand in two more in a man-of-the-match performance. The Bay won 35-29 to move to second in the Heartland Championship, with two games remaining before top-four playoffs. Picture by Paul Rickard

RUGBY – POVERTY Bay’s nerve-racking 35-29 win against King Country at Rugby Park on Saturday has moved the Reds into second spot in the Heartland Championship.

Competition leaders Buller continued their unbeaten run and helped the Bay when they beat Horowhenua, who were third. North Otago also came to the Bay party when they downed second-placed South Canterbury.

“We made it hard for ourselves today,” Bay coach Mutu Ngarimu said.

“’Our discipline let us down but that is something we can work on. And we struggled at times with our set-pieces. They are two key areas in the game.

“But we won and we’re happy to have put away one of our rivals for a place in the top four and to have done it with a bonus point.”

The Bay dominated possession and territory for long periods of the game but a dogged King Country side refused to go away and were camped five metres from the tryline for the last five minutes, with desperate defence needed to prevent the visitors from snatching victory.

While coaches commonly and justifiably put success down to team effort, at the end of the day what got Poverty Bay home was the class of the “big four” — Gear, No.8 Jake Paringatai, Moeke and Uriarau — with more than a little help from halfback Sam Parkes, first five Clayton Kiwara, fullback Ethine Reeves and winger Henry Bridge.

Despite the Bay being in control from the kick-off, King Country led 6-0 after 15 minutes through two penalties to their best player, first five Whakataki Cunningham, before Uriarau gave the home fans reason to cheer. The big Hawke’s Bay man has become a favourite of the fans and in the 18th minute he finished off good work from the Bay forwards and a final pass from openside flanker Brent Ingram. Kiwara converted.

Cunningham regained the lead for King Country in the 31st minute with his third penalty, for which Paringatai received a yellow card. On the stroke of halftime, King Country stretched their lead with a try to second five Joe Perawiti, converted by Cunningham, and it was 16-7 at halftime.

With the wind at their backs, the Bay scored two tries — to Uriarau and Parkes — within four minutes of the restart. Kiwara converted both.

Gear was the instigator of the first as he weaved his magic, beating two players, drawing the last man and leaving Uriarau a clear run to the posts.

From a Bay clearing kick Kiwara led the chase and put pressure on the fielding player.

When the support arrived, the ball was turned over and the Bay were back in business.

Halfback Sam Parkes then showed great anticipation to intercept a pass and dotted down between the posts.

King Country closed the gap five minutes later through another Cunningham penalty and with 23 minutes to go they took the lead, 22-21, when first five Whakataki Cunningham landed his fifth penalty.

“We knew there was plenty of time left . . . it was just a matter of getting our backs front-foot ball,” Ngarimu said.

Second five TK Moeke, who collected a Meads Cup winners’ medal two years ago with Ngati Porou East Coast, was the man who stepped up.

Kiwara started the move with a pass to Uriarau, who pushed off one tackler and beat two more before freeing Moeke, who completely wrongfooted the last man to score close to the posts. Kiwara added the two points.

That was the bonus point secured. All that remained was for the Bay to win.

King Country refused to lie down. When strong-running No.8 Rob Sherson barged across the line, Cunningham added the two points for a 29-28 lead with 12 minutes to play.

Instead of dropping their heads, the Bay responded with a superb try to Gear, following a good break by Uriarau up the middle of the park. Uriarau veered left and found the former All Black on the wing with a perfectly timed pass 22 metres from the tryline.

Gear still had work to do but showed the finishing skills that made him one of the world’s best wingers to score the match-winning try, and Kiwara capped a fine kicking game with the conversion.

If the Bay, in second spot on the Heartland Championship, win their two remaining games, away to Thames Valley on Saturday and home to Horowhenua Kapiti, they will be assured of a home semi final.