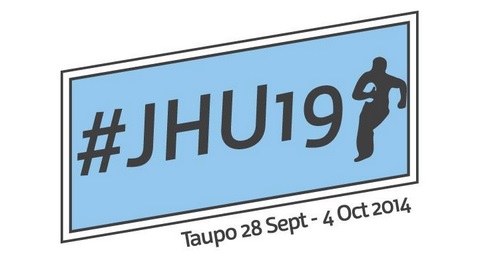 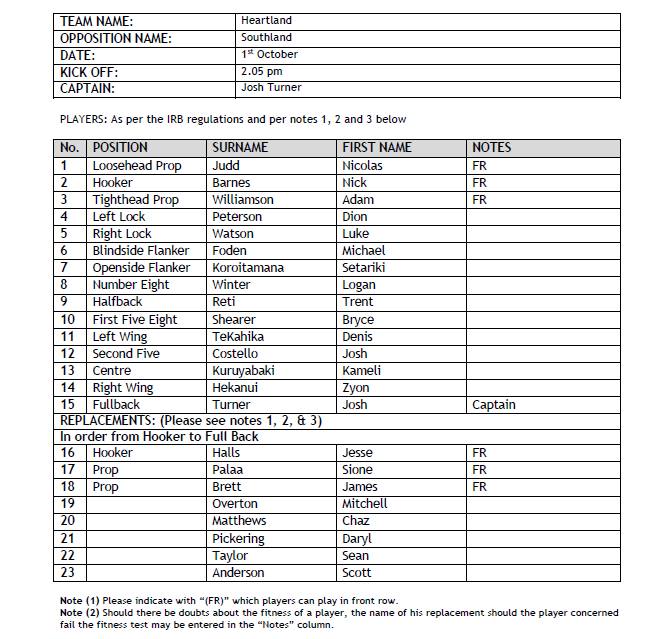 The next generation of nearly 400 rugby players are currently strutting their stuff in Taupo, with 16 teams taking part in the inaugural Jock Hobbs Memorial Under 19 tournament at Owen Delany Park.

The competition, an important new development tool for participants transitioning from school’s rugby to age grade representation, isn’t just about the action on the field.

Off field clinics regarding the responsibilities of a modern rugby player, the potential pitfalls of the digital world via social media – as well as match preparation, nutrition and skill sessions are being covered.It also teaches the new wave the rigours of playing at a competition, with day two already underway, a four day turnaround for the sides.

Mother Nature has even obliged to test the wits of the players, with gusts steadily increasing throughout the first day of action.

Towards the close of play, it was not uncommon for kicked conversions to be ‘write offs’, that is, the ball was taken away from Owen Delany Park by the whim of the wind, despite the best efforts of some hardy ball boys.

While the unions also utilise ‘A’ teams and development sides as part of their player pathway systems, the Under 19s are being used differently by each union.

Counties for example have brought one of the least experienced squads, with coach Tana Umaga saying it gave new players a chance in the spotlight but also enhanced the union’s ability to potentially retain contestants.

Other squads, such as Auckland A, have looked to relatively established talent.

All Blacks Sevens sensation Akira Ioane is in the blue and whites alongside Ieremia Mateena, who represented Samoa in the recent Junior World Championship.

Canterbury has followed a similar principle, with the likes of Nathaniel Apa strengthening the province while there are plenty of familiar names across the tournament.

Hamilton Boys High School first five-eighth Bryn Gatland has starred for Waikato, which would have impressed Dad Warren, while Crusaders coach Todd Blackadder was in the crowd following the performances of his son Ethan, playing for Tasman.

It was a warm crowd despite chilly conditions, with the Hobbs family in attendance, while 22-Test former All Blacks Sir David John Graham was also an interested spectator, with the award for the tournament’s best player being named in honour of ‘DJ’.

As for the action, it was of fierce quality, clearly the players know what an prospect this is as there are some tangible rewards on offer.

The Heartland Under 19 team pulled off the comeback of the day after the Makos ran out to 15-10 lead, playing a remarkably similar brand of enthusiastic rugby to their senior counterparts at ITM Cup level.

Wellington’s performance would have boosted Lions fan who may be struggling for cheer, with the young team cutting North Harbour to ribbons with a 46-0 triumph.

While Canterbury – who arrived as top seeds from the South – were too powerful for Chiefs region runners-up Bay of Plenty with a 32-6 victory where the junior red and blacks playing with a ruthlessness that would have made their senior equivalents proud.