We look at Week Two of the 2015 Heartland Championship and Poverty Bay are the early front-runners after their big win in Ruatoria. Mid-Canterbury though have announced their intentions for 2015 with the win over Hanan Shield opponents South Canterbury and this week they travel to Wanganui in a battle worth watching , the 2014 Meads Cup Champions vs 2014 Lochore Cup Champions and with an average score over the pass 9 years favouring Wanganui at 27 vs 16 the Hammers will have a battle on their hands after Wanganui’s morale boosting win in the Bruce Steel Cup win over Horowhenua-Kapiti in Week One.

In other matches South Canterbury look to get their season underway as they host East Coast while Horowhenua-Kapiti travel to the King Country , and early leaders Poverty Bay host Thames Valley, and in a first for Heartland Wairarapa Bush host North Otago on their new state-of-the-art artificial pitch under lights at 7.30pm to round of the 2nd week.

We highlight though this week our Match of the Round , West Coast host neighbours Buller which also doubles as their 125th Jubilee Weekend . This will be the 212th Meeting since 1893 between these two sides and West Coast’s 805th First Class match since that first game on September 23rd 1893 when they traveled to Nelson and recorded a NIL all Draw. 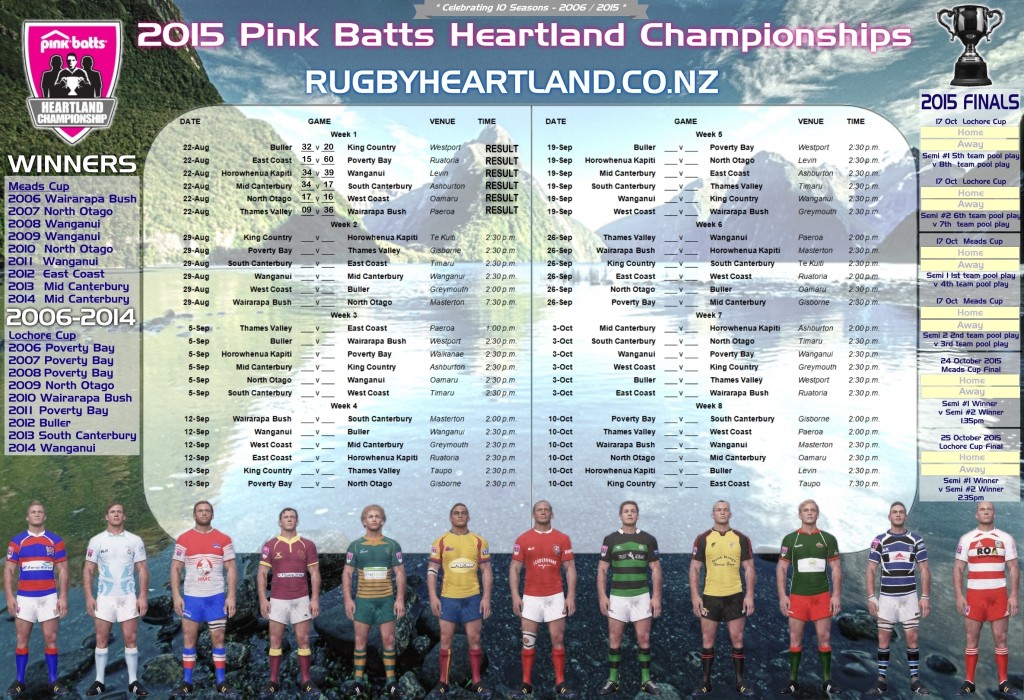