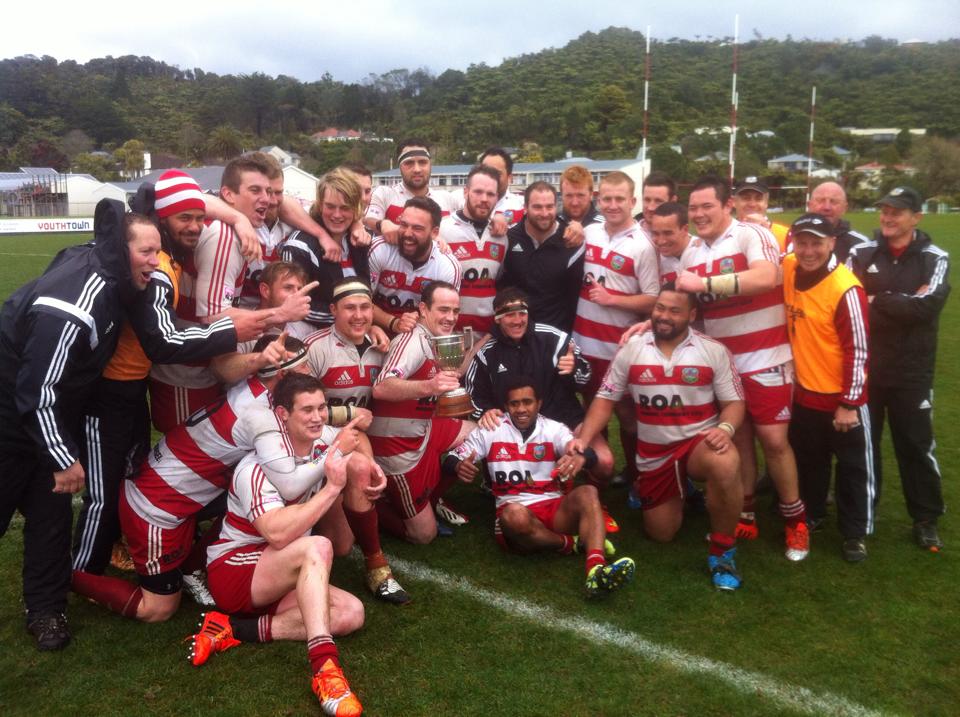 West Coast’s 125th jubilee celebrations were capped off in style with an upset 21-7 win over Buller in Greymouth in the Heartland Championship.

It also saw them grab back the Rundle Cup, the region’s symbol of the rugby supremacy.

West Coast put in a strong team effort, up 8-0 at the break, and kept the pressure on their neighbours throughout the rain-soaked game.

For the Coast, lock Francis Auwerda was impressive, while loosehead prop Lolesio Lavea had a strong game.

First five-eighth Nik Cummings directed play well in his first start for West Coast, while fullback Josh Costello tidied things up at the back and stood up well under pressure.

West Coast coach Sean Cuttance said it was hard to single out players in such a good team effort.

“The boys were certainly up for it, it was a big game with the celebrations.”

The two sides were expected to set the benchmark in the competition and did not disappoint.

The defending champions snatched the win at the death with a converted try to second-five Nete Caucau, who went in under the sticks with time up on the clock..

Mid Canterbury were up 16-11 at break, but then found themselves down 28-16 midway through the second half, as Wanganui rallied and put plenty of pressure on.

For Mid Canterbury, lock Eric Duff was outstanding, carrying the ball strongly and dominating the lineout.

Caucau was at his destructive best with ball in hand and defended well.

Wanganui’s best were lock Fraser Hammond, who impressed all over the park, and fullback Trinity Spooner-Neera.

The Vea brothers, hooker Sione and blindside flanker Sam, were outstanding for the hosts, while hard-working right wing Erenimo Tau completed his hat-trick of tries by popping up on the left wing.

For a disappointing East Coast outfit, second-five TK Moeke was outstanding, and his excellent break led to their only try.

The nine-try victory will give South Canterbury plenty of confidence when they host West Coast next Saturday in what is shaping up as a must-win game for both sides if they want to make the top four.

Thames Valley scored six tries in their 43-37 win over Poverty Bay in Gisborne.

King Country also recorded their first victory of the season with a 34-28 win over Horowhenua-Kapiti.

Zane Tipping grabbed a personal haul of 19 points from the boot with five penalties and two conversions to steer King Country home.

After two rounds only East Coast have not recorded a win in what looks like will be another tight fight for the Meads and Lochore Cups.

It capped a good day for the southerners who flew north from Oamaru in the morning and arrived in Masterton at 1.30 in the afternoon.