The Women’s Provincial Championship has been renamed the Farah Palmer Cup in recognition of one of the most iconic figures in women’s rugby.

New Zealand Rugby (NZR) today announced that with the support of competition sponsor Mitre 10, the Farah Palmer Cup will kick off under its new name on 6 August.

“Farah is a legend of the game. There will be many players out there delighted for women’s rugby in New Zealand and especially proud of Farah,” Sorensen said.

“She’s been an important and loyal advocate for women’s rugby in New Zealand for many years and has continued to provide great leadership through various administration roles including the New Zealand Maori Rugby Board.

“It’s right that other players now following in her footsteps and striving to be the best rugby players they can be, can compete in the Farah Palmer Cup knowing that it provides an important pathway to the Black Ferns. With an exciting 2016 international Black Ferns programme soon to be announced and the Women’s Rugby World Cup fast approaching next year, there’s much to play for,” he said.

Dr Farah Palmer said having the competition that launched her own rugby career named after her, was a great honour.

“It is very humbling to be associated with provincial women’s rugby in New Zealand.

“Playing provincial rugby is where my love of the game began and although my name is on the Cup it’s one small way of acknowledging all trailblazers in women’s rugby who have challenged assumptions, invested in the game and pursued their rugby aspirations as players, coaches, administrators and leaders.”

Palmer said she was looking forward to the 2016 season and to players starting to impress ahead of the Black Ferns 2016 programme and next year’s Women’s Rugby World Cup.

Background on Farah Palmer
Palmer played 35 times for the Black Ferns, in provincial colours has represented Otago, Waikato and Manawatu. In 2014 she was inducted in the World Rugby Hall of Fame alongside fellow former Black Fern Anna Richards. In 2007, she was made an Officer of the New Zealand Order of Merit (ONZM) in the New Year’s Honours for services to women’s rugby and sport.
• Click here to read more about Dr Farah Palmer.
• Click here for footage of Dr Palmer during her playing days.

The 2016 Farah Palmer Cup presented by Mitre 10
The action kicks off in the seven-round Farah Palmer Cup on 6 August with a re-match between last year’s finalists, Auckland and Wellington. Bay of Plenty hosts North Harbour, Manawatu plays Otago and Waikato takes on Counties Manukau. Canterbury starts the competition with a bye. Several games will be televised by SKY Sport as curtain raisers to Mitre 10 Cup games.

The semifinals will be played on 24 September with the Farah Palmer Cup champions to be determined in the Final on Saturday 1 October. 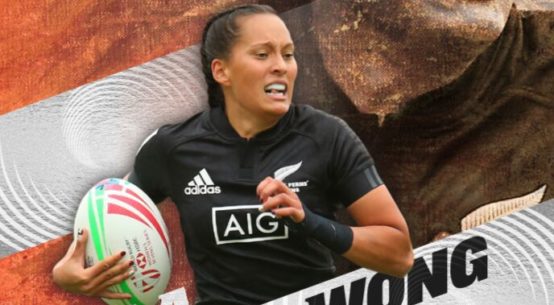