Waikato came from behind to shut out Manawatu 19-10 and ensure their Ranfurly Shield reign lasts for at least two more weeks.

Manawatu provided the early fireworks with one of the tries of the season but it was the Waikato defence, superior urgency and industrious work at the breakdown which won out in the end.

With the wet and blustery conditions preventing a free flowing spectacle in Hamilton, Waikato will be satisfied with securing their second win of the season while Manawatu will be disappointed to not even come away with a bonus point.

Manawatu needed to start strong to have any chance of lifting the shield and got it when wing Newton Tudreu busted the game wide open. The dynamic wing latched onto an attacking Waikato cross kick to run 60 metres before chipping inside for fellow wing Ambrose Curtis to score.

While Manawatu had the better of the first half, it was Waikato fullback Damian McKenzie that kept the home side in the game with three penalties making the halftime score 10-9 to the challengers.

Waikato coach Sean Botherway made a number of changes in the second half, including injecting All Blacks halfback Tawera Kerr-Barlow into the action. Waikato displayed more urgency in the second half while Manawatu couldn’t seem to go more than two phases without losing possession.

Another Damian McKenzie penalty was followed by a try to Willis Halaholo to stretch the lead to 19-9. Manawatu sensed an opportunity to comeback in the final minutes, but just couldn’t break through the stoic Waikato defence.

If the Turbos were to pinpoint one area where they lost the game it would be the breakdown. The visitors conceded 23 turnovers to Waikato’s 13 and struggled for rhythm in the second half as a result.

Next up for Waikato is Auckland next week before another Ranfurly Shield defence against Taranaki, while Manawatu face the fast improving North Harbour.

Waikato captain Epalahame Faiva said: “Manawatu came out with that hiss and fire this week and we really wanted to match that and I was proud that the boys did that. Credit to Manawatu for a great challenge.” 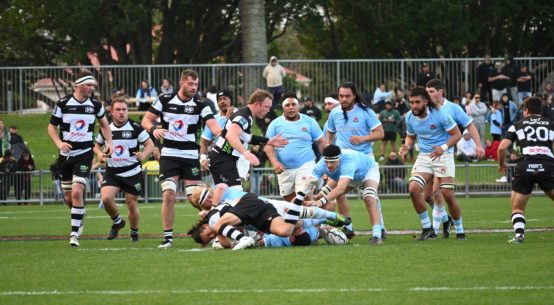