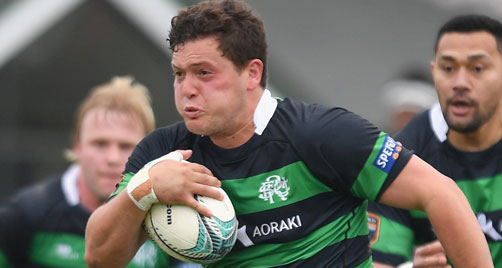 Pressure for top four places in the Mitre 10 Heartland Championship hotted up on Saturday when Mid Canterbury eased back into the top four.

That was largely due to Wairarapa Bush, who had been fourth, losing to Buller 24-26 courtesy of a last minute penalty goal landed by James Lash. With a try to go with his four goals he moved to 98 points for the season.

Mid Canterbury’s 76-22 away win over East Coast assured them of maximum points from their game.

King Country and North Otago dropped off the pace when playing out a 4-4 penalty draw leaving them on 18 and 17 points respectively in sixth and seventh places.

Wanganui remain the pace setter after their 60-14 win over Thames Valley with Te Rangatira Waitokia adding his 10th try of the season to remain on top of the individual try scoring list in the competition. 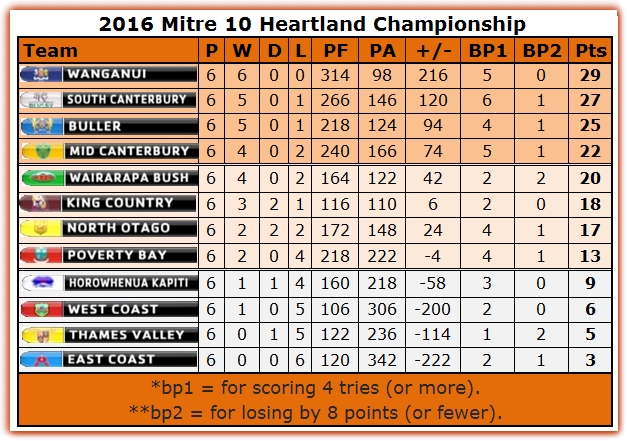