Manawatu have won the 2018 Air New Zealand Rippa Rugby Championship in a high-scoring gold medal match against Bay of Plenty in Wellington today.

Manawatu, represented by College Street Normal School, and Bay of Plenty (Te Akau ki Pāpāmoa school), traded tries for much of the final in a highly entertaining match.

“I feel proud, happy and excited. Thank you to our supporters, our team and our coach. It’s our first time winning in four years so it’s really cool.”

Ngan Woo said she was excited to attend the tournament and watch the next generation of rugby players.

“Today was awesome and some great skills on display out there. The kids are so young and they can do everything that you’d expect older players to do.”

Ngan Woo and her Black Ferns team mates took part in Assistant Referee duties throughout the tournament and the Wellington Pride player admitted to having a soft spot for Manawatu heading into the gold medal match.

“I’ve been assistant refereeing their games since yesterday and I saw the skills and knew they were going to take it out.”

On Monday evening the 20 teams were surprised with a visit from 13 All Blacks, who are in the capital for their match against South Africa on Saturday at Westpac Stadium.

The All Blacks served dinner to the 200 Rippa Rugby players and spent time taking photos and answering the players’ questions.

Otago, represented by Arrowtown in their eighth-straight Rippa Rugby Championship appearance, were presented with the team APPLAUD Award for demonstrating outstanding team spirit.

APPLAUD is a New Zealand Rugby initiative which encourages participants and supporters to keep it sweet on the sideline and be good sports.

New Zealand Rugby Head of Participation and Development Steve Lancaster congratulated all of the teams for competing in the Rippa Rugby Championship.

“To qualify for the Rippa Champs is a big achievement and all of the teams should be really proud of the way they played and represented their school and province.”

Lancaster said the aim of the tournament is to give young people positive experiences through sport and to develop a lifelong love of rugby.

“The Rippa Champs is more than just a rugby tournament, it gives young people an opportunity to play sport and enjoy themselves, meet new people and interact with some of their sporting role models.

“For some of the Rippa players this season might be the first time they have played rugby and our hope is that they go home and sign up to play at their local club.” 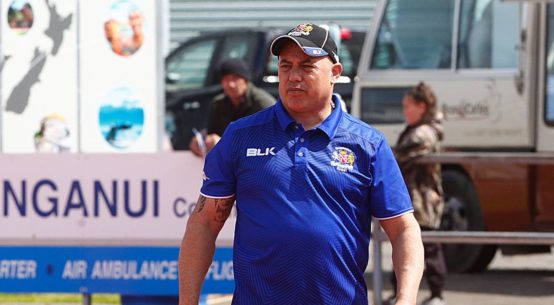