It was announced late last year the National Sevens tournament would take place in Tauranga with the tournament being shifted from January to December to boost the number of top level players available to play.

Today we are pleased to announce TECT as the new principal funder for the National Sevens to be held at Tauranga Domain on Saturday 15 and Sunday 16 December.

TECT Wayne Werder said the community will be the true benefactor of the TECT National Sevens and they are proud to support the event.

“TECT is delighted to be able to support the National Sevens event. Hosting these type of events in Western Bay of Plenty creates both economic and social benefits for our local community, and aligns nicely with TECT’s vision that our consumers are engaged in a vibrant and enriching community.”

“Bay of Plenty Rugby Union is grateful for the partnership with TECT for the upcoming National Sevens. TECT and the Bay of Plenty Rugby Union have taken a unique approach to the event collectively choosing three charities to support. As recognition of their community contribution, Volunteers and family members from Tauranga Riding for the Disabled, Good Neighbour and three units of the Eastern Region Coastguard will be given complimentary tickets to come and enjoy the rugby festival. We will also be supporting some lower decile local schools to be able to attend the event”.

Pearce said there is a positive alignment between TECT and Bay of Plenty Rugby Union in particular in their acknowledgement of local volunteers.

“It’s important to both TECT and Bay of Plenty Rugby Union that volunteers are acknowledged and looked after. It was a really hard choice this time around and if all goes well we hope to support further charities in the future”.

TECT National Sevens tickets will go on sale Monday 5th November at 10.00am. Tickets will be $15 for adults, $10 for students, $5 for children under 15 and under-fives are free. Tickets will be available from Dash Tickets with family concessions also available.

Pearce said affordability was a key driver to get people along and support the 28 teams taking part.

“With the tournament to be held just over a week before Christmas, it is a great excuse to spend the weekend at the sevens watching some fast action rugby. With games being 14 minutes long and 78 games to choose from, there will be something for everyone. It was important for us to deliver a great ticketing offer for people to enjoy this.”

For further information on the TECT National Sevens head to www.nationalsevens.co.nz or to www.dashtickets.co.nz for tickets.

National Sevens Tournament established in 1976, with the inclusion of the women’s competition in 1998. 2018 will see the tournament move to its new location the Tauranga Domain where it will feature 16 men’s and 12 women’s compete on Saturday 15 and Sunday 16 December. Teams will qualify from three regional tournaments over the weekend Saturday 8 December and Sunday 9 December. The tournament is expected to attract substantial local interest combined with visitors coming from across the country to support the teams. The tournament will be televised live on SKY television across the weekend.

Teams from the 28 Provincial Unions have to qualify to attend at the National Event in Tauranga. The teams are divided into pools of four teams, who play a round-robin within the pool. The top two teams in each pool advanced to the Cup competition. The four quarterfinal losers dropped into the bracket for the Plate. The Bowl was contested by the third- and fourth-place finishers in each pool, with the losers in the Bowl quarterfinals dropping into the bracket for the Shield.

The annual regional tournament is used as a qualifier to the January National Sevens tournament for both men’s and women’s provincial teams in the Southern Region. This promises to be an exciting day of sevens action with the top six men’s teams and top four women’s teams gaining entry to the national tournament.

The annual regional tournament is used as a qualifier to the December National Sevens tournament for both men’s and women’s provincial teams in the Central Region. This promises to be an exciting day of sevens action with the top five men’s teams and top three women’s teams gaining entry to the national tournament.

The annual regional tournament is used as a qualifier to the December National Sevens tournament for both men’s and women’s provincial teams in the Northern Region. This promises to be an exciting day of sevens action with the top six men’s teams and top four women’s teams gaining entry to the national tournament. 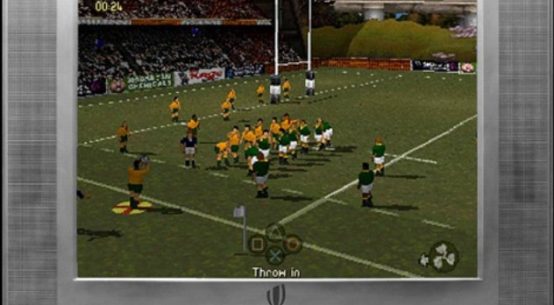 Have you played any of these classic rugby video games?