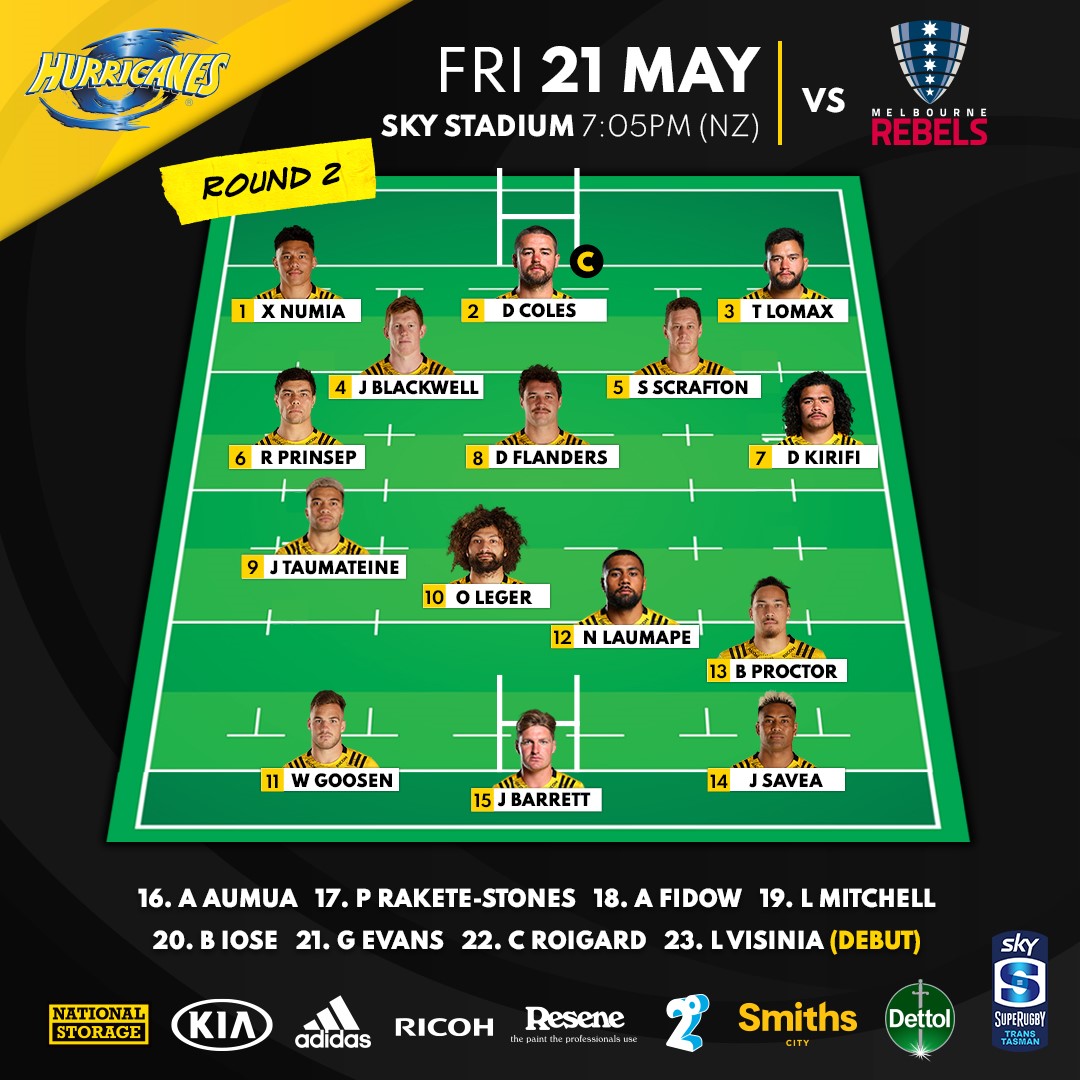 Fan favourite Ngani Laumape will return to the starting line-up for the Hurricanes when they face the Rebels in the second round of Super Rugby Trans-Tasman at Sky Stadium on Friday night.

Laumape missed the Hurricanes opening round bonus point win over the Waratahs in Sydney but will partner the in-form Billy Proctor in the midfield.

He is one of six changes Hurricanes head coach Jason Holland has made to the starting XV as his side prepares to face a visit from their Melbourne opposition, more than a year after the last Australian side made a visit to our nation’s capital.

Tighthead prop Tyrel Lomax and lock Scott Scrafton return to the run-on side to compliment a pack that was impressive at the Sydney Cricket Ground while there are four changes in the backline.

Halfback Jonathan Taumateine and first five-eighth Orbyn Leger will form an exciting inside back combination, the latter taking over from Ruben Love who continues to recover from the win over the Waratahs.

Experienced wing Wes Goosen also makes a return to compliment a consistent back three that has proven a handful for opposition sides throughout the 2021 season.

Holland has also made several changes to the bench which could see Hawke’s Bay wing Lolagi Visinia make his Hurricanes debut. There is also a welcome return to utility forward Gareth Evans who will provide plenty of experience.

The head coach said the management team will continue to rotate the squad as they plan the best way ahead to maximise the squad’s potential.

“At the end of Super Rugby Aotearoa we made it clear to the squad that there will be opportunities for players to show what they can do and we are determined to create plenty of competition for positions as we work through the coming weeks,” he said.

“That’s created some real excitement in our squad and that’s been matched by the opportunity to be back playing in front of our fans.”

Those fans can take the opportunity to pick up tickets for just $20 for adults, with kick-off at Sky Stadium scheduled for 7.05pm.

The Hurricanes squad to face the Rebels is: 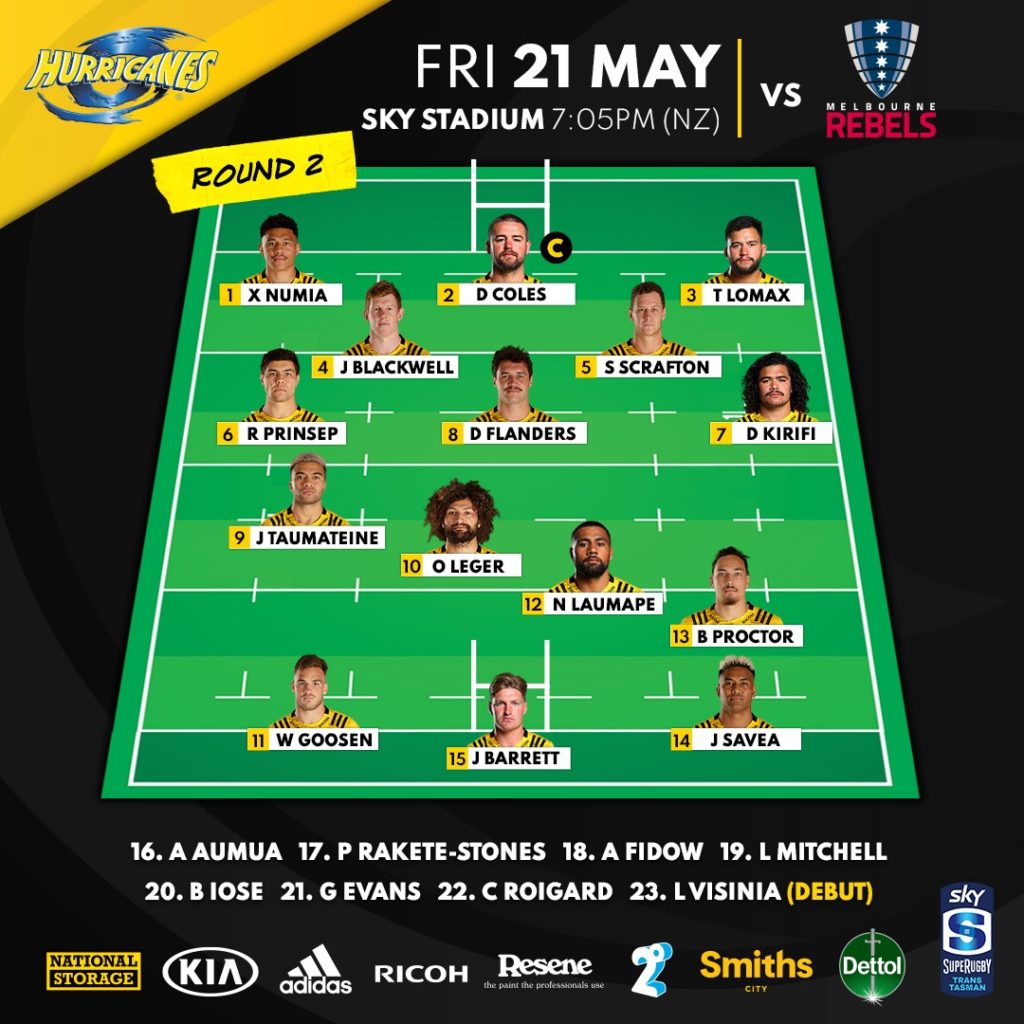