DHL Super Rugby Pacific and Sky Super Rugby Aupiki players will be dotting down for Tonga for the opening 10 rounds of the season with New Zealand Rugby (NZR) and Rugby Australia (RA) teaming up with their respective broadcast partners Sky and Stan Sport/Nine, to donate $500 per try for the New Zealand Red Cross Pacific Tsunami Appeal.

And in a generous gesture of support DHL Super Rugby Pacific’s newly announced naming rights partner DHL has marked the start of two-year sponsorship of the competition by kick-starting the Tries for Tonga fund-raising initiative with a donation of $20,000.

Tries for Tonga will see NZR, RA, Sky and Stan Sport/Nine pool their resources to donate NZD $500 for every try scored through to Round 10 when all 12 DHL Super Rugby Pacific teams are scheduled to gather in Melbourne for a Super Round over ANZAC weekend. The same donation will apply through the Sky Super Rugby Aupiki season.

NZR Chief Executive Mark Robinson said there had been a shared desire across the rugby community to make a sustained contribution to the Tonga relief effort since the volcanic eruption and subsequent tsunami devastated the Pacific nation last month.

“The Tongan people have contributed, and continue to contribute, so much to our game, so it is only right that rugby is there to support one of our closest Pacific neighbours in their time of need. We hope Tries for Tonga can provide a meaningful a boost to the Red Cross’ ongoing relief efforts.

“Our joint venture partner Rugby Australia, our players on both sides of the Tasman, and our broadcast partner Sky didn’t hesitate to jump on board, and DHL’s generous up-front donation has reinforced the values we are lucky to share with our new naming rights partner.”

Sky Chief Executive Sophie Moloney hopes Tries for Tonga will inspire others to donate to relief efforts in Tonga.

“We’ve long supported many great initiatives in sport and culture in Aotearoa New Zealand and this new project is a perfect fit for Sky. Our Sky Sport for Good programme has already seen some action in 2022 with an incredible fundraising result in the recent Moana Pasifika and Gallagher Chiefs pre-season match.

“It’s important to our whānau that Sky makes a meaningful contribution to our wider community, and we’re delighted to be part of Tries for Tonga. It will give added impetus to each of the teams playing in DHL Super Rugby Pacific, as well as Sky Super Rugby Aupiki, and we’re hoping for a try scoring fest in both competitions for our customers and the Red Cross alike.”

DHL Managing Director, New Zealand and Pacific Islands Mark Foy said being part of Tries for Tonga only reinforced the company’s enthusiasm for sponsoring the competition.

“DHL shares many of the same values with rugby such as speed, passion, right first time, excellence and teamwork. We are thrilled to join the Super Rugby Pacific whānau to do our part in delivering rugby to the world, and even more thrilled to kick our partnership off by helping the Tonga relief effort. Everyone at DHL will be cheering every try in Super Rugby Pacific that little bit louder when the competition kicks off.”

“The Hunga Tonga eruption and tsunami has had a devastating impact on the people of Tonga and the surrounding region. As a Rugby community, we felt it was important to bind together and contribute to the relief efforts, as the Tongan community play an important role in our Rugby ecosystem.

“I’d like to thank our broadcast partner Stan Sport/Nine, along with our joint venture partner New Zealand Rugby and their broadcaster Sky for their collaboration and support in this initiative.”

“New Zealand Red Cross is overwhelmed with the way so many organisations within Aotearoa New Zealand and people internationally have rolled up their sleeves to raise funds to help us support the people of Tonga and those affected by the volcanic eruption and tsunami.

“This very generous initiative from New Zealand Rugby, Rugby Australia and their partners, shows the true community spirit and sense of family/whanau and connectedness across the Pacific, linking support for those most in need through our shared love of rugby.” 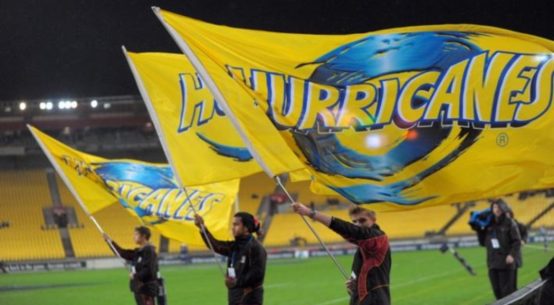 Bailyn Sullivan signs to the Hurricanes for the 2022 season