Southland turned around their mid-season slump in stunning fashion today, beating Northland with the last kick of the ball in a thrilling finish in Invercargill.

With one minute to play, Northland were five points ahead and could almost taste their third win in eight days, and a five point buffer atop the ITM Championship. But Southland weren’t quite done.

Lolohea Loco scored in the 81st minute to level the scores, before Lima Sopoaga incited frenzied celebrations by cooly slotting the match winning conversion from wide on the right.

After consecutive losses to Taranaki and Otago, the bonus point win puts Southland right back in the hunt for the ITM Championship, bumping them up into third spot on the ladder.

For Northland, it may well be a case of what if. They played 10 of the last 15 minutes with 14 men, and just couldn’t quite rally the troops for the full 81 minutes. They made eight changes to the side that thrashed Otago on Wednesday night, but the tail end of what may still be considered a successful roadtrip, caught them in extra time.

They are still level with Manawatu at the top of the table though, and for a side that does not have one Super Rugby player to call on, are the feel good story of this year’s competition.

There was little to separate the two sides throughout the 80 minutes. Both sides looked likely to score whenever they ran the ball, and attack triumphed over defence.

Five of the eight tries were made from slick backline running and Southland winger Keanu Kahukura particularly caught the eye with a classy double.

Northland led by two points at halftime, then kicked their way back into a five point lead with nine minutes to go.

Their forward pack defended for their lives in the dying stages and looked to have the points sewn up, before one final desperate burst from the Southland attack burst the dam. 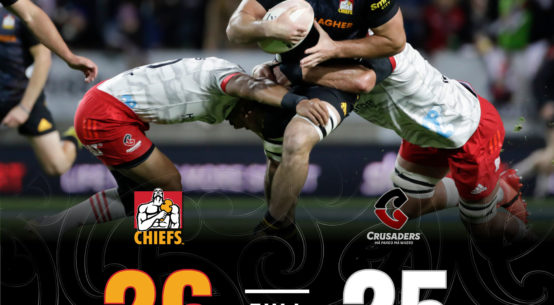