Buller have continued their unbeaten run and all but guaranteed a home Meads Cup semifinal after they beat another of this season’s big movers Horowhenua Kapiti 19-12 in Westport on Saturday.

James Lash added three penalty kicks to his first half try as the home team saw off Horowhenua Kapiti’s second half comeback after leading 10-0 at the break.

Buller sit five points clear of Poverty Bay, who continued their strong run and moved up to second on the table with a 35-29 win over King Country in Gisborne.

The home side scored five tries to two, with Brynn Uriarau getting a double, but could not easily shake their opposition as Whakataki Cunningham converted both visitor tries and slotted five penalties.

North Otago also stay ahead as they continue their late season revival by upsetting South Canterbury 22-19 in the local derby, which was played in Dunedin.

Both teams scored three tries with Ben Palmer’s penalty being the deciding points, with the loss dropping South Canterbury to third spot behind Poverty Bay.

Mid Canterbury were the latest side to put a whipping on the hapless East Coast, scoring 10 tries in a 67-12 destruction in Ruatoria.

Peni Manumanuniliwa grabbed a double while Murray Williams had a profitable day from a try, penalty and seven conversions.

In the other game, Wanganui’s upcoming opponents Wairarapa-Bush emulated West Coast by getting a first win of the competition, coming from nine points down to beat Thames Valley 20-18 in Masterton.

Scores from Round Six were: 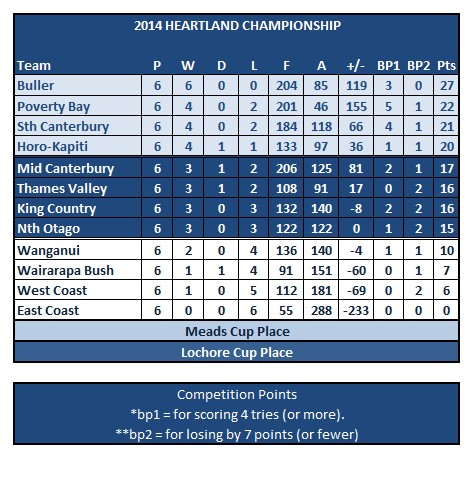 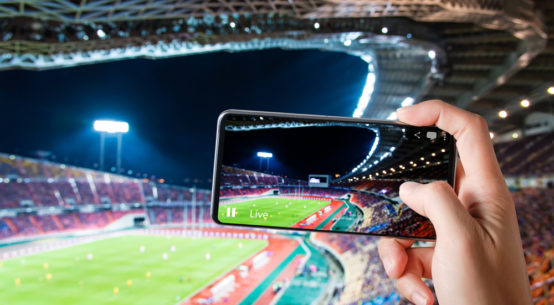