The Otago juggernaut rolled on in Dunedin with a hard fought 24-13 win over an adventurous North Harbour side at Forsyth Barr Stadium.

While Otago’s attack has been heralded this season, it was their defence which was just as influential in this match. The backline was up fast and scrambled well whenever North Harbour’s dangerous backs made a break while the pack defended the line stoutly and repelled the visitors big ball runners.

North Harbour looked anxious to get the ball out wide to their dangerous outside backs early in the first half and made a number of simple errors to let Otago jump to an early lead. Three Fletcher Smith penalties and fortuitous try to prop Craig Millar gave the home side an early 14-3 lead under the roof at Forsyth Barr Stadium.

With the early nerves settled, North Harbour managed to maintain possession and cross the Otago line from a well worked back move which created space for centre Matt Vaega. The visitors grew in confidence from the Vaega try and closed Otago’s lead to 14-13 at the break with first five Bryn Gatland striking his second penalty of the game.

Like they have done all season, Otago came out strong in the second half to put North Harbour on the back foot. Showing great determination and ball continuity, Otago worked the ball close to the North Harbour line before hooker Sam Anderson-Heather crashed over from close range to stretch the lead to 21-13.

North Harbour didn’t stop throwing the ball around in the second half, but the Otago defence held firm. By not committing as many numbers to the break down, Otago managed to hold off repeated attacks from the visiting side and scrambled well whenever North Harbour broke away.

North Harbour had one last chance to secure a 7-point losing bonus point, but the fast Otago defence forced another error to secure a hard fought victory and stay unbeaten in the Mitre 10 Cup.

For North Harbour, the midfield combination of Michael Little and Matt Vaega were a constant threat on attack and powerful on defence while first five Fletcher Smith steered the ship well for Otago.

Otago captain Paul Grant said: “The boys are pretty tired, there was a lot of running out there. North Harbour are a dangerous team but the boys stuck hard and defended well to the end.”

Next up for Otago is a blockbuster south island clash against Premiership leaders Canterbury in Christchurch next Saturday while North Harbour take on Championship cellar dwellers Southland in Albany. While Otago have all but sewn up a home semi-final, a victory for North Harbour over Southland will put them right into the play-off race. Lead cut to one with Gatland pen. 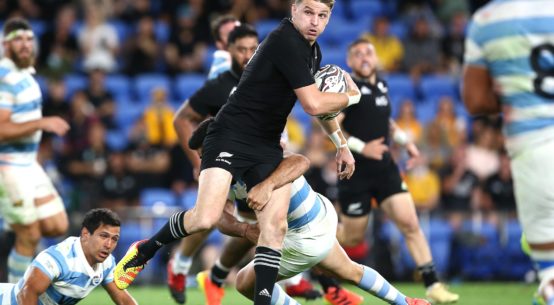 ALL BLACKS TAKE MAXIMUM POINTS ON THE GOLD COAST