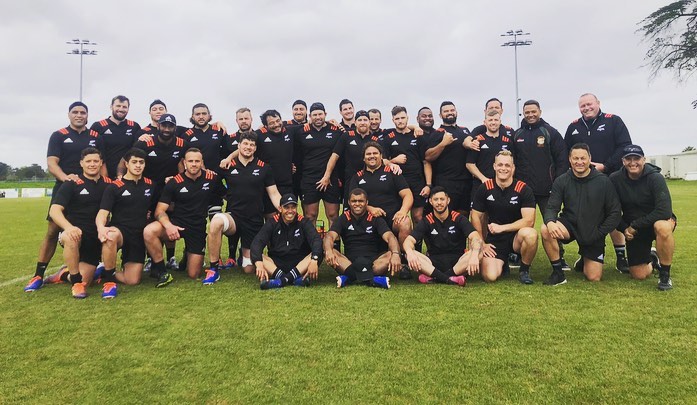 The New Zealand Heartland XV team has been named for this weekend’s match against New Zealand Marist at Boyd Park in Te Aroha (kick off 2pm).

Coach Mark Rutene has named Thames Valley’s Brett Ranga to captain the side in their first of three fixtures this month. 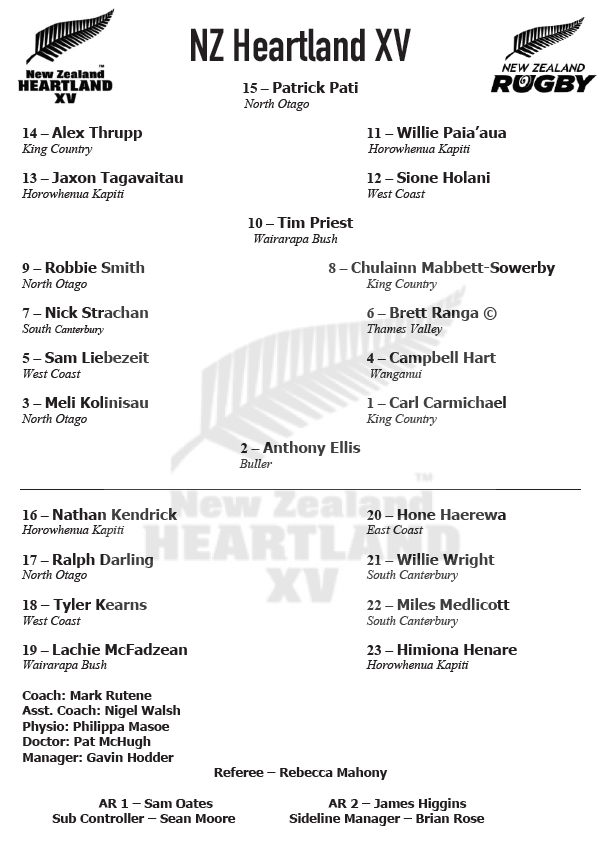 Injuries from the Heartland Championship Finals have forced some late changes to the forward pack but Rutene said the team has impressed since coming together on Tuesday.

“We have 14 players back from the team that came together in July so that’s made it easier for us, we feel like we are pretty well prepared,” said Rutene.

The mid-year fixture against a Rugby World Cup-bound Samoa will give Heartland players confidence when facing the New Zealand Marist team that features Super Rugby and Mitre 10 Cup players.

“That match was a great occasion for us and the boys really stepped up. Those players will bring some confidence and we expect to see everybody lift in this environment again.”

Rutene said with four training’s under their belt he is confident in a strong team performance.

“We have reasonable size up front so should be able to win ball and then we’ve got the backline to make use of it.”

The fixture sees the McRae Cup up for grabs which the New Zealand Heartland XV have had a firm grip on in recent years. After Saturday’s match, the team travel to Fiji for two matches against the Vanua XV.

The NZ Marist team has been named to take on the NZ Heartland XV. The team will be captained by Chase Tiatia as the boys look for a win. The match is to be played at 2pm on Saturday November 2nd, at Boyd Park, Te Aroha. 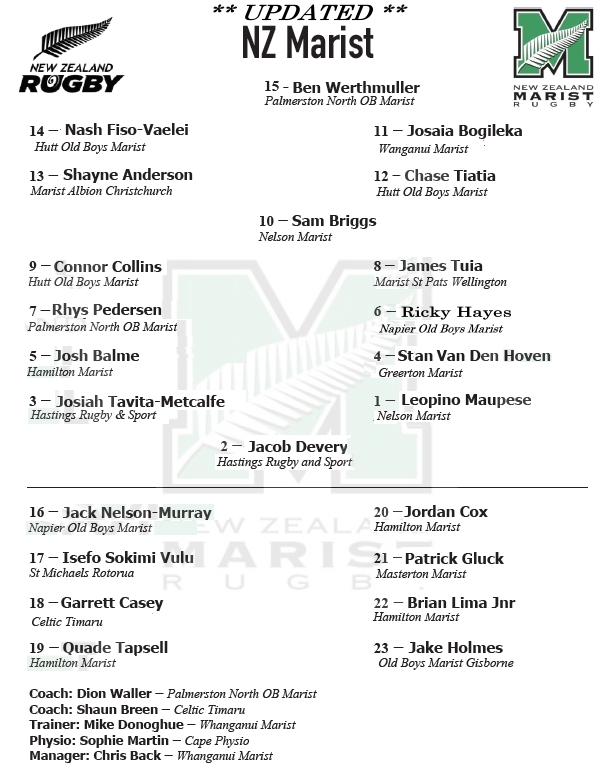 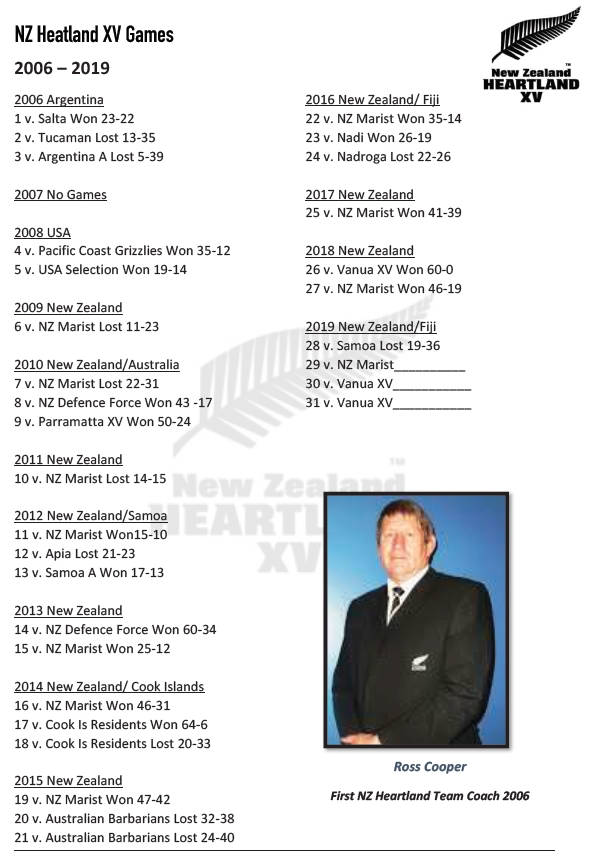