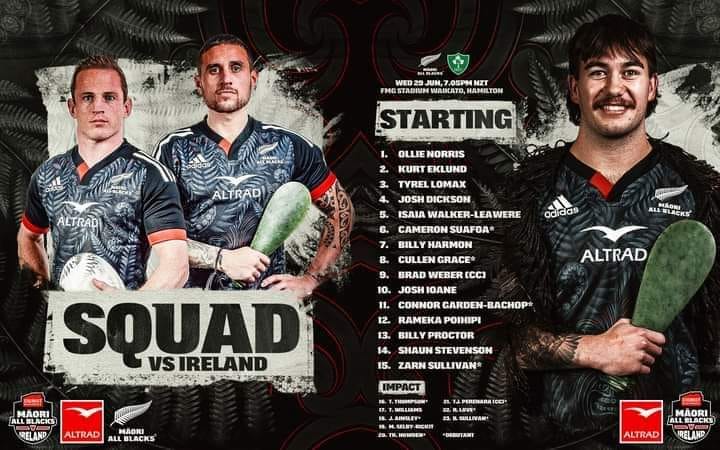 The Māori All Blacks team has been named to play Ireland at FMG Stadium Waikato in Hamilton on Wednesday 29 June (Kick-off: 7.05PM NZST, live and exclusive on Sky Sport NZ).

The matchday 23 is as follows (Province/Super Rugby Club, and Iwi in brackets, debutants in bold).

Māori All Blacks Head Coach Clayton McMillan has named a blend of experience and rising young talent with the selection of 10 debuting Māori All Blacks.

Māori All Blacks Head Coach Clayton McMillan (Ngāi Te Rangi/Ngāi Tamawhariua/Te Rangihouhiri) said: “We are anticipating a huge challenge from Ireland on Wednesday. They are a top tier, physical team, with a strong defence.”

McMillan excited for Weber and Perenara to co-captain the Māori All Blacks, is expecting their experience to be an asset across the team which has 10 debutants.

“Having Weber and Perenara as co-captains ensures there is always strong leadership on the field, especially against the unrelenting Ireland side. For our debut players, this will be a proud moment to not only represent this team, but their whānau and their iwi.”

“It will be a great opportunity for us to showcase Māori rugby internationally, it has been 12 years since the Māori All Blacks last played Ireland, McMillan said the team are excited to take the field in Kirikiriroa (Hamilton).”

“Chemist Warehouse is proud to partner with New Zealand Rugby as the naming rights partner for Māori All Blacks v Ireland series. We couldn’t be happier to be involved with such a dynamic group of athletes while also engaging with the wider rugby community. We are committed to promoting a healthy and active lifestyle so all New Zealanders can get well, stay well and live well,”

“We care for all Kiwis and want to ensure we can be there to support the people of Aotearoa, which we have been on a mission to do from day one. And we’re doing that in many ways including offering free prescriptions in every pharmacy and community we operate in. Since opening, we’ve passed on $33 million in prescription savings to our customers.” Mr Haroon said. 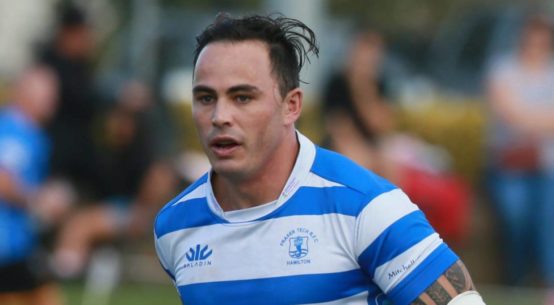