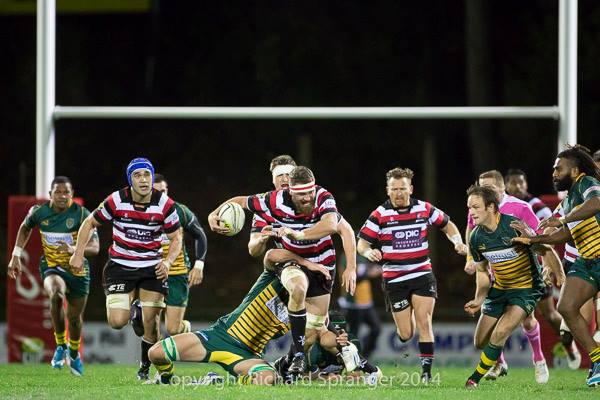 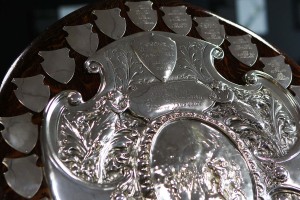 The Counties Manukau Steelers were able to defend the treasured Ranfurly Shield against a courageous Mid Canterbury side 46-10 at ECOLight Stadium in Pukekohe.

From the outset the Steelers raced out to a 22-0 lead before the Meads Cup holders bounced back and showed resistance against the Tana Umaga-coached side who went on to secure their fifth shield defence.

A blistering start saw the Steelers take the early lead when some excellent ball control allowed loose forward Dan Hyatt to find some open space for the opening try.

Within minutes Hyatt was over again for his second try, this time bulldozing his way over after a scintillating run by centre Sam Vaka in the lead up broke open the Mid Canterbury defence.

The visitors eventually managed to get their hands on the ball as first five Murray Williams looked to provide a spark for his side with his play.

Counties matched their attack with their defence forcing Mid Canterbury into errors before Hyatt featured once more, this time ranging wide and laying on a try unselfishly for fullback Jared Page.

The points scoring Page was able to add to the scoreboard with a penalty as the men in green and yellow showed heart to hold out the Steelers close to their own line.

But Mid Canterbury were not about to concede as they forced the home side to defend and soon breached the defensive line when hooker Jon Sharpe ran a fantastic line to dive in for the try.

Bouyed by Sharpe’s try, Mid Canterbury began to find more holes in the Steelers defence as Williams closed the margin with a penalty attempt and they were unlucky not to reduce the deficit more right on the half time siren.

While it was Mid Canterbury who came out in the second spell still firing from the latter stages of the first half, Counties only needed one chance as their strong scrum brought reward with number 8 Ma’ama Vaipulu dotting down for an easy five pointer.

The Steelers set about snatching momentum away when replacement prop John Tu’ungafasi rumbled over for the try that extended Counties Manukau’s advantage.

Some excellent play and slick execution by the Counties backs resulted in both wingers Toni Pulu and Adam Muirhead adding their names to the list of try scorers.

It proved to be the final scoring play of the match as Mid Canterbury battled right to the final whistle, while the Steelers were able to give other players a taste of Ranfurly Shield and first-class rugby.

The victory means Counties will hold on the New Zealand’s oldest provincial prize until they defend it again against Otago on Saturday August 23 at ECOLight Stadium in Pukekohe.