Skip to content
You are here
Home > RugbyHeartland News > STAN MEADS Cup kicks off this weekend .. 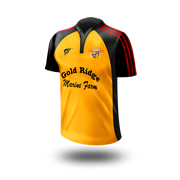 There is plenty of intensity building, as the seven teams in the 2014 Stan Meads Cup get ready to kick off their campaigns, on Saturday 16th August 2014.

Representative teams from the Te Awamutu, Hamilton, Piako and Eastern and Central Bay of Plenty, will be joined by Thames Valley and King Country B, to contest the fourth edition of the Stan Meads Cup

The Stan Meads Cup is named in honour of one of the most dedicated All Black forwards of the 1960’s.

A piece of genuine rugby history continues in the round robin series of the SMC, with the Peace Cup on the line in each preliminary game. In 1921 Mr Bill English donated the Peace Cup for competition between the Sub-Unions of the Auckland Province. In early decades, the Peace Cup ranked only in stature to the Ranfurly Shield in the region, and drew large crowds and parochial support throughout the Waikato, King Country, Thames Valley and the Bay of Plenty. 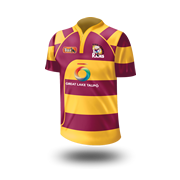 Defending Stan Meads Cup title holders Eastern Bay of Plenty, will sit on the sideline in the opening round after drawing the bye, because Western Bay of Plenty chose not to enter a team in the 2014 SMC competition. Last season the Eastern Bay side grabbed the SMC title, when they defeated 2011 and 2012 champions Te Awamutu in a stirring final, winning 24-8.

Current Peace Cup holder Te Awamutu, will put the prestigious time honoured rugby trophy on the line in their first game of the 2014 competition, against King Country B at Rugby Park in Te Kuiti. The Cup will be defended by the current holder in each preliminary round and crossover playoffs, to give the Stan Meads Cup an extra edge of competition.Stan Meads Cup 2014 Draw

Round One – Saturday 16 August

Meanwhile also down in Thames !

The Thames Valley Development Team begins it’s 2014 campaign in the first round of the Stan Meads Cup this Saturday with an away game at Melville against the Hamilton Sub Union side. The Development Team has a new coach this year, namely Wayne Smith from Whitianga.

Wayne has coached the Mercury Bay Senior side for the last three or four years and coached Senior A club rugby in Auckland prior to coming to the Thames Valley area. Wayne brings a wealth of experience with him and is looking to work closely with Heartland coach, Hayden Roe, in order to get the most out of the Development Team throughout the representative season.

Last year the Thames Valley Development Team qualified for the Stan Meads Cup semi finals for the first time and Wayne will be hoping to do the same again this year, if not better.

A finalised squad has not been named yet,  as the Heartland Team still has some injuries to sort out but the team is likely to contain a good number of players that are on the fringe of the Heartland squad and ready to step up when needed while competing in the testing Stan Meads Cup competition.